Getting High ‘Soft’ly: Our Tax Structure Incentivises Drinking Hard Liquor. Haryana Is Trying To Change It 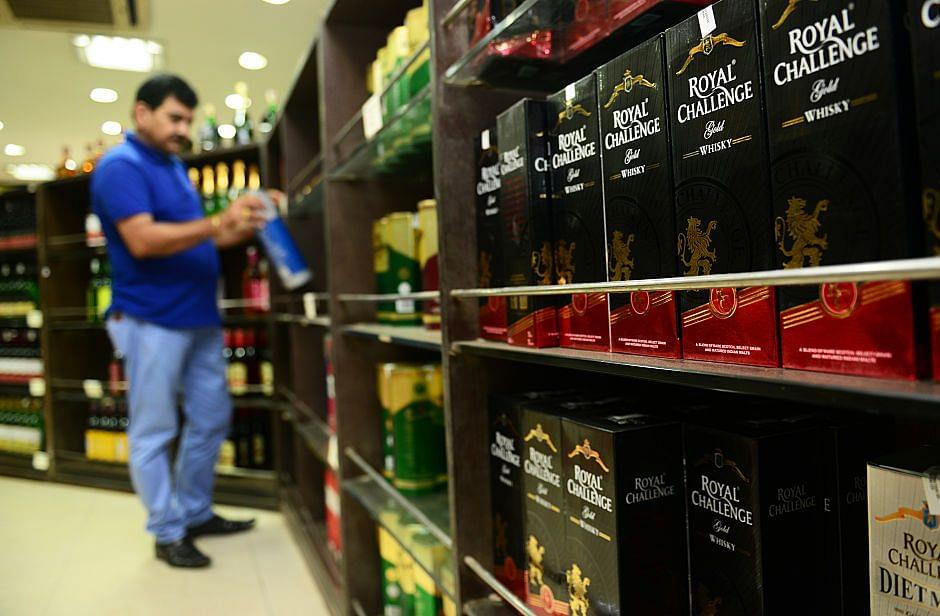 A liquor store (Photo by Ramesh Pathania/Mint via Getty Images)

Alcohol consumption is increasing in India each year. The number of teetotallers is falling and more and more women are taking to drinking. As per a study published in the Lancet journal, alcohol consumption per adult per year went up by 38 per cent between 2010 and 2017 from 4.3 to 5.9 litres.

This is still low compared to the United States (9.8 litres) or other European countries (where the figure for some countries is more than 12 litres).

Even China with 7.4 litres per adult per year consumption ranks higher. But there is one key difference: Indians get high on hard liquor, while those in the West and China consume beer, wine and other drinks with much less alcoholic content.

According to World Health Organisation’s ‘global status report on alcohol and health 2018’, only 8 per cent Indians consumed beer while less than one per cent preferred wine.

On the other hand, 30 per cent Chinese drank beer and three per cent took to wine. Worldwide, beer is the second alcoholic beverage in terms of pure alcohol consumed (34 per cent) followed by wine (12 per cent).

What this proves is that while India is slowly catching up to the rest of the developed world in terms of per capita alcohol consumption as incomes rise, its heavy tilt towards hard liquor is worrying. One of the biggest culprits behind this is our uniform tax structure which incentivises drinking hard liquor.

Take the case of Delhi. A whiskey brand in the lower price segment costs a customer around Rs 400 for 720 ml, which means that for roughly Rs 100, you get 180 ml.

With alcohol content above 40 per cent, it translates to around 70 ml of pure alcohol per Rs 100, i.e. Rs 1.4 per ml of alcohol. Kingfisher beer, which is the cheapest, costs Rs 100 for a 650 ml bottle. With five percent alcohol content, it means you get only about 33 ml of pure alcohol for Rs 100, translating into a cost of Rs 3.3 per ml of alcohol.

If you want good buzz for every buck, it makes immense sense to opt for whiskey over beer in India. That’s what most people do. In fact, even while drinking beer, they opt for those which have alcohol content of eight per cent over the softer ones with less than five per cent alcohol. There is a negligible difference in the prices of the two.

All this shows that the drinking pattern of Indians can be easily explained by the cost structure of different liquors which can easily be corrected by taxing them depending on their alcohol content rather than uniformly as Indian states have been doing for ages.

The taxes are levied accordingly. More premium the brand, the higher the duties. This is okay and is in line with progressive tax policies which are now the consensus but there is an urgent need to also tax the beverages based on their alcohol content.

Levying the same tax on whiskey with 40 per cent alcohol content and beer with 5 per cent content is daft. Policy experts and analysts have been pleading with the governments to change the way liquor is taxed in India for years now.

Finally, someone is paying attention. The Haryana government launched its Excise policy for the year 2020-21 on Thursday (20 February) and it has made encouraging ‘consumption of low alcoholic content liquor as compared to hard liquor’ as its one of the notable features.

Towards this aim, the government has decided to slash excise duty on beer across categories by Rs 10 per bulk litre (BL). Beers with an alcohol content of between 3.5 and 5.5 per cent will be taxed at Rs 40 per BL instead of Rs 50 earlier, for alcohol content above 5.5 per cent, duty will be Rs 45 per BL.

The policy has created a new category of ‘super mild’ beer which will attract a duty of only Rs 35 per BL.

At the same time, duty on country-made liquor has been increased from Rs 44 to Rs 60 per proof litre while keeping the duty on Indian-Made Foreign Liquor (IMFL) the same.

The government intends to rake in Rs 7,500 crore revenue from liquor taxes, up from estimated Rs 6,700 crore this fiscal.

The government’s policy, like previous years, is also aimed at promoting microbreweries. Gurgaon has emerged as a brewery hub but many have shut shops in the last few years due to high license fees.

The government has further reduced the license fee for microbreweries from Rs 12 lakh to Rs 10 lakh. However, this license is only given to those who already have L-4/L-5 license given to bars, which costs upwards of Rs 10 lakh. While the license fee for microbreweries has been slashed, it has increased the Excise Duty (charged on the basis of its annual installed capacity of fermenting tanks) from Rs 30 per BL to Rs.40 per BL annually. This is discouraging.

Since 2015-16, Haryana’s BJP government has also been promoting local wine manufacturing. It introduced a Winery License in form S-I for Rs 5,000/- per annum (down from Rs 10,000 initially, an L-1W license for local wine manufacturer from Haryana to market its products in the state costs an annual fee of Rs. 1 lakh)

Another license S-1A for retail sale of wine is granted to the local wineries of the state for selling their own indigenously manufactured products in the adjoining premises of the winery.

This is given at an annual license fee of Rs. 5,000. A separate license S-1B is granted, which facilitates wine tasting for “Wine Taverns” which allows manufacturers to have a place for consumption of their own indigenously manufactured wine. This costs Rs 1,000 only.

The government is clearly moving in the right direction. But one notices that compared to 2015-16, various charges - license fees, brand label, excise duty, etc - have gone up even for beer and wine, drinks that the excise policy intends to promote over hard liquor. The main reason is that after introduction of the GST, there is less room for states to increase their tax revenues and they are increasingly punishing the sinful liquor industry.

GST has further raised input costs for liquor industry as manufacturers pay 18 per cent rate compared to earlier 15 per cent or even 12 per cent for many inputs. At the same time, they did not get any benefit from reduced GST rates on products that other industries got. So, GST impact has been a net negative on the liquor industry.

Be that as it may, the Haryana government should be careful in not putting the burden on softer drinks such as beer and wine. These need to be promoted even if the exchequer suffers a loss in the short term. It needs to be applauded for taking the right steps but a lot more needs to be done to promote the production of beverages with lower alcohol content.