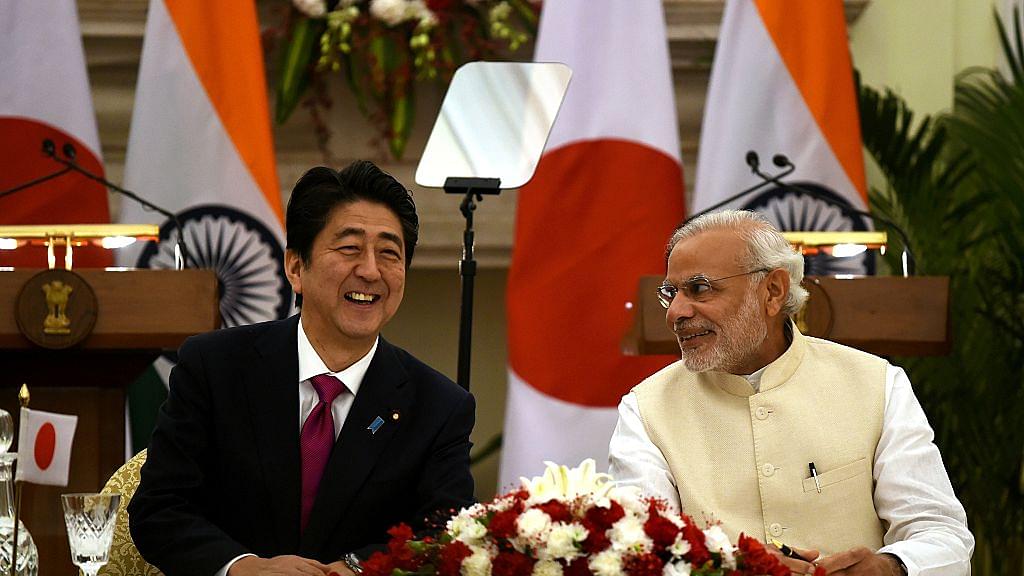 As part of the strategy that is also being viewed as an attempt to contain China, an India-Japan Coordination Forum for Development of North East is being set up to focus on strategic projects such as connectivity and road network development, electricity and disaster management.

This new initiative, with representation from the northeastern states of Arunachal Pradesh, Assam, Manipur, Meghalaya, Mizoram, Nagaland, Sikkim and Tripura, comes in the backdrop of Chinese troops making repeated incursions into Indian territory.

“The idea is to create a road map for attracting investments in the region which holds immense strategic importance for us,” said an Indian government official, requesting anonymity.

The first meeting of the forum will be held on Thursday at a time when Beijing has accused New Delhi of sending troops into its territory and obstructing the construction of a road. The issue has snowballed with either side refusing to vacate the area.

A Japanese embassy spokesperson confirmed the development. “Development of North East is a priority for India and a key to promote its Act East Policy. Japan has also placed a special emphasis on cooperation in North East for its geographical importance connecting India to South-East Asia and historical ties,” the spokesperson said in an emailed response.

Japan has been helping India with some of the infrastructure projects such as the Mumbai-Ahmedabad high-speed rail corridor or bullet train, which will be funded by Japan International Cooperation Agency.

Japan’s Prime Minister Shinzo Abe will visit India in September when he is expected to attend the ground-breaking ceremony of the high-speed rail corridor.

Thursday’s meeting will be chaired by DONER minister Jitendra Singh and attended by Japan’s ambassador to India Kenji Hiramatsu. The forum may have representation from India’s ministries of external affairs, road transport and highways, power and the department of economic affairs.

Queries emailed to the spokespersons of India’s ministries of external affairs, road transport and highways, power and finance on Tuesday remained unanswered.

India and China have also sparred over hydropower projects in Arunachal Pradesh, a state that borders China and has the highest potential for hydropower generation in India.

Several multilateral lending agencies, including the World Bank, have been unwilling to fund projects in the so-called disputed border states in India’s northeast region—seen as sensitive as parts of the region are claimed by China.

Experts say that Japanese involvement in these projects may get expedited with the Dokalam incident acting as a trigger.

“India has been looking at alternative sources for investments in the region. Japan has been India’s partner for a long time, and there is a certain degree of comfort. The current situation can help fast track the entire process. It will give a shot in the arm for India given that there is a sense of urgency now,” said Alka Acharya, professor in Chinese Studies at Jawaharlal Nehru University.

With an eye on China, India is working on a slew of road and bridge projects to improve connectivity with Bangladesh, Nepal and Myanmar. Also, India is pulling out all stops to expedite the South Asian Sub-Regional Economic Cooperation (SASEC) road connectivity programme in the backdrop of China’s ambitious One Belt One Road ( Obor) initiative aimed at connecting around 60 countries across Asia, Africa and Europe.

India has been critical of China’s OBOR initiative, questioning China’s intentions in developing the China-Pakistan Economic Corridor, part of OBOR, since it cuts through Gilgit and Baltistan areas of Pakistan-occupied Kashmir. (Mint)