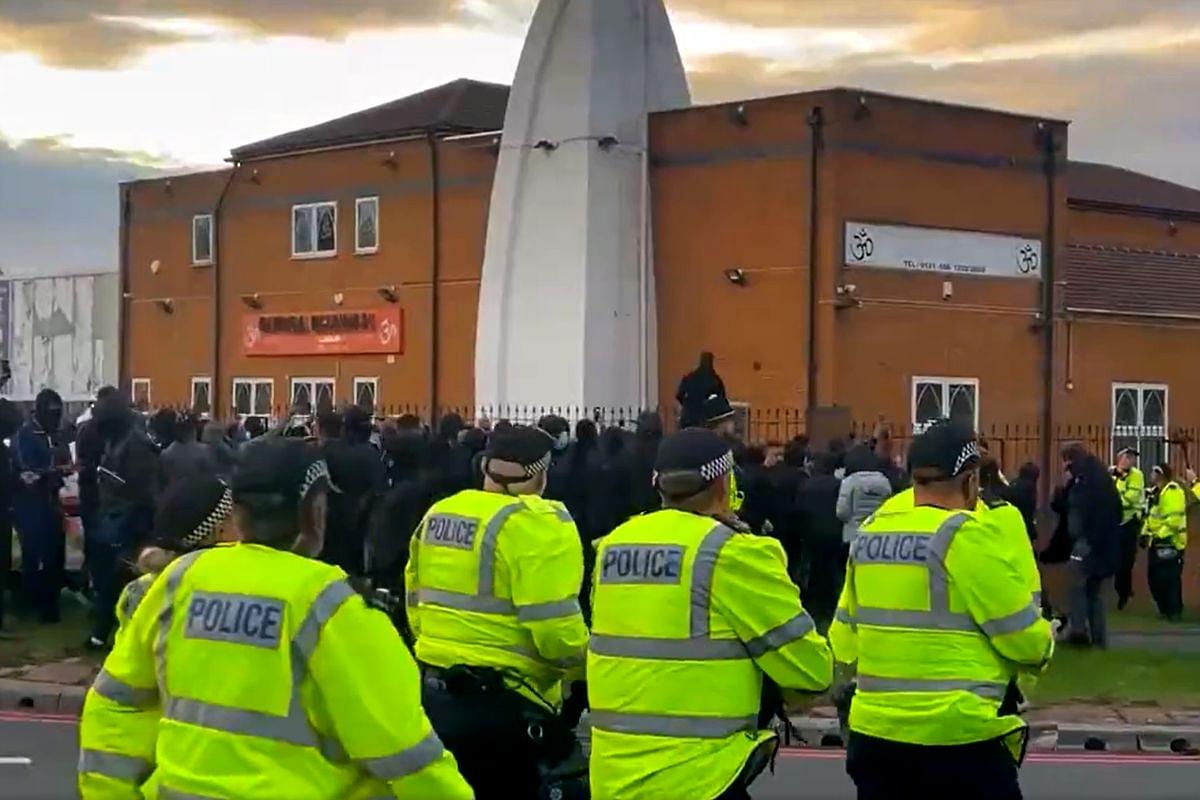 A United Kingdom-based think tank has said that the unrest in Leicester has been "falsely narrated as involving organised extremist groups and RSS terrorists", which has put the local Hindu community at risk.

"Localised (LE5 Leicester) community cohesion breakdown, involving prejudice emanating from the Muslim community to the Hindu community and vice versa has led to a number of assaults on both Muslims and Hindus and attacks on Hindu properties in Leicester. The unrest has been falsely narrated as involving organised extremist groups and RSS terrorists," the Henry Jackson Society (HJS) said in its report on the violence.

According to the report, one of the instigators of the "anti-Hindutva Leicester march is a man expressing praise for a wanted terrorist and who claims to speak with the crime syndicate the D company".

The social media influencers who peddled narratives of Hindutva extremism include a convicted terrorist offender and a man who has offered prayers to the Taliban, it said.

The report said that the men "accused of being 'RSS' terrorists, who had their festival vandalised and claim to be victims of stabbing, consequently organising the Hindu march, appear to have no links to nor an understanding of RSS".

The methods employed to target the Hindus included included projections including a false claim of a BJP organised bus, while car sharing of "anti-Hindutva protestors were in fact taking place"; claims of racists, terrorists, extremists etc; misinformation regarding crimes being committed; attempts to have the uptake of their narrative by mainstream press and collaborating with political leaders to gain sympathy for their narrative and potentially influence future policy, the report said.

"The successful spread of these claims has led to a security threat posed to the Hindu community and attacks on their places of worship," it stated.

The report also slammed the media, saying that the media "at times conflated the issue by regularly relying on influencers included in this report for comment and focusing on an issue of Hindutva extremism and India politics rather than providing nuanced and accurate analysis of the incidents".

The HJS report also raised concern over the fact that one of the instigator of the Leicester violence, Majid Freeman, is regularly being provided a platform to express his views regarding the presence of Hindutva extremism in the UK and posing as a ‘community leader’, meeting with the City of Leicester’s mayor and discussing the future of the upcoming independent review of the violence.