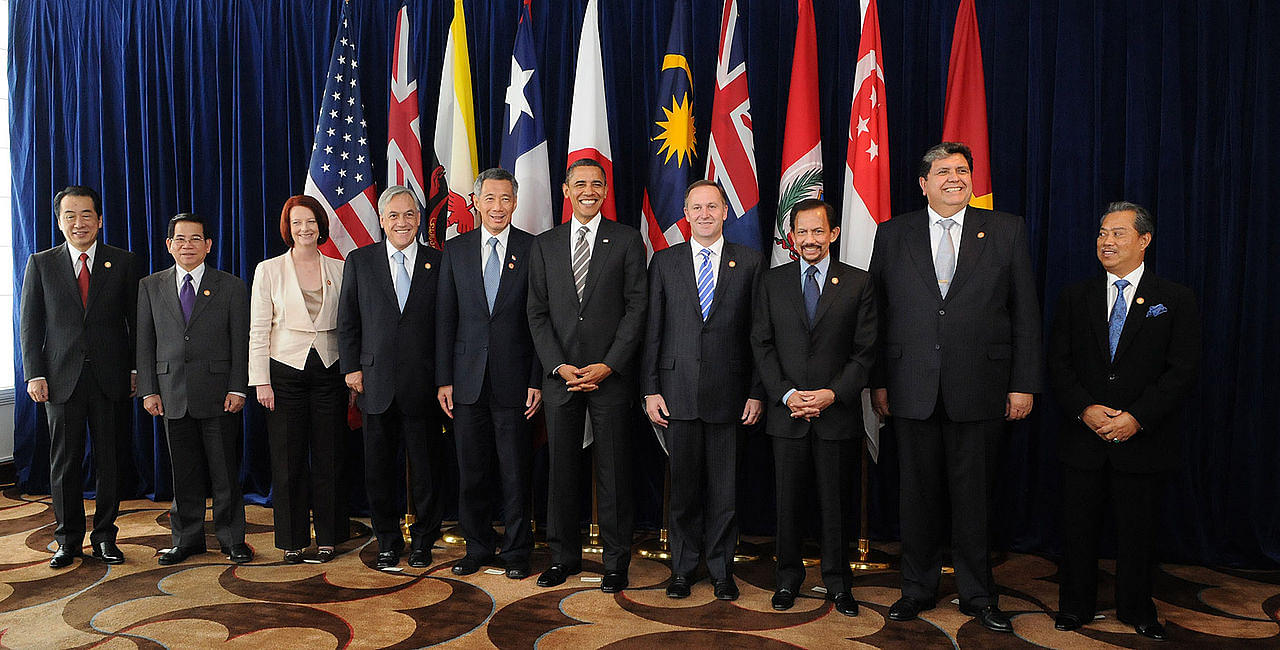 Whether or not India should join the TPP is a debatable issue. What one can safely conclude is that India’s interest in participation would bring in dynamism to the TPP and be a great relief for both the United States and Japan.

With the Doha Round of the World Trade Organization (WTO) not quite going anywhere, countries have started moving towards bilateral free trade agreements (FTAs) as well as regional trade agreements (RTA). These are seen as a way forward, with trade experts hoping that these will ultimately pave the way for a multilateral agreement in the WTO.

India is negotiating entry into some RTAs, but opinions about them are mixed. Three mega trade agreements are being negotiated: the Regional Comprehensive Economic Partnership (RCEP), the Trans Pacific Partnership (TPP) and the Transatlantic Trade and Investment Partnership (TTIP). India has started preparing for RCEP with its set of demands and offerings but has not taken any stand on the TPP (the TTIP has no relevance because of the geographical area it relates to).

Starting off in 2005 as the Trans Pacific Economic Partnership Agreement (TSEP or P4) between four countries (Singapore, New Zealand, Chile and Brunei), the TPP now covers 12 countries – the United States, Canada, Australia, Vietnam, Malaysia, Japan, Mexico and Peru getting added along the way – which together account for around 40 per cent of global gross domestic product (GDP) and nearly a fourth of international trade. Taiwan and South Korea are also planning to join.

What is in it for India?

India’s scepticism over FTAs stems from the fact that it has not been able to take full advantage of them as much as its partner countries have. One reason for this could be that India has been silent or slow on economic reforms, as a result of which domestic industries are not efficient enough to compete in the turfs of the partner countries. It is only now that serious efforts have started but they will take some time to show results. However, India can’t wait forever for this process to set in.

India is negotiating an ambitious FTA with the European Union for quite some time now. With India unrelenting on certain areas like government procurement and differences over the automobile sector, these negotiations are not going anywhere. However, the European Union must be desperate for the agreement in view of its domestic economic situation and pressure from its industry which is bereft of any real growth. It all depends on how effectively the policy makers there would be able to convince their varied countries.

As of now, the differences between their economic goals are increasing due to the worsening economic situation in some of the EU member countries. However, instead of embarking on that exercise, that is, convincing its member states about the desperate need to enter into a FTA with India, the European Union is trying to bring down India’s negotiating will by pretending as if it is more interested in the TIPP, which it is now negotiating with the United States and is trying to create barriers such as recent directives on government procurement, so as to send a message to India.

In this backdrop, the best option for India is to simultaneously move on multiple fronts and conclude deals wherever possible, with whatever little gain it can accumulate. This no doubt is a tough call as in any negotiation, we need to give away some to get some. While RCEP and TPP may be competing among themselves, India can’t afford to choose one over the other, leading to a complete neglect of one of the groupings, especially due to the China factor which looms large over RCEP and the fact that, seen from India’s perspective, RCEP may be more about manufacturing sector and TPP about services.

Dr. Badri Narayanan of Purdue University, in a recent paper co-authored with Dr. S.K. Sharma of the Indian Institute of Foreign Trade says that India would lose due to TPP, regardless of whether it joins or not. This is because of ‘strong trade diversion effects arising from global price reduction facilitated by widespread tariff elimination’. However, Narayanan adds that India might gain in areas such as textile products, leather, light and heavy manufacturing, fish, dairy, meat/livestock etc., as India’s output would increase if it decides to join the TPP. These are crucial sectors for India because of their employment generation potential.

Narayanan points out that India might, anyway, lose in agriculture as output would decline in sugar, wheat, vegetables, processed food etc. Apart from this, he points out that his study has not taken into account services and hence this study may ‘underestimate the potential effect of liberalization where services sector is to be included’. Thus, this crucial aspect of impact of TPP on the services sector in India is missing in that study making the conclusions incomplete. And it is services sector which need to be looked into carefully with regard to India’s entry into TPP.

There are other analyses with regard to TPP’s impact on other countries. Standard Chartered predicts benefits to Vietnam’s apparels export due to trade diversion from Sri Lanka and Bangladesh. Dr. Rashmi Banga of UNCTAD predicts further decline in Malaysia’s domestic value added exports due to increase in imports from the United States and Japan. The European Union has already felt that the impact of TPP on it would be negative, forcing it to move faster on its foreign trade agreements with Asian countries.

Hence, we need not shy away from moving towards foreign trade agreements or wait till we put our house in order. This definitely would mean giving away some of our stated positions. That is part of the negotiation. However, the appropriate negotiating strategy is to give away things that would hurt us less or when the offloaded baggage would benefit us in the long run.

India and the contentious areas of TPP

The recent developments in TPP negotiations show that the United States is proposing to make TPP countries its playground. It is trying to expand its ideas of intellectual property rights, trade, entrepreneurship and government procurement to the TPP alliance. Taking lead will have an ‘equal and opposite’ impact on the United States. It would mean that it will have to part with its jobs – mainly in the services sector either voluntarily as a bait or due to the structural compulsions of ‘comparative services advantage’.

It would also mean dilution of its ‘Buy American’ laws, adversely affecting the protection it gives to its domestic manufacturing sector, thereby losing out those jobs to TPP countries. Since much of manufacturing jobs have already moved from the United States, this exodus of remaining jobs in manufacturing and jobs in services sector will greatly affect it. This time, it will not be only the low end ‘white collar coolie’ jobs that will move to other countries, but also lead to an exodus of high end jobs in the services sector as well.

Of all the chapters, the demands on intellectual property rights would be the most contentious. It already is, with economists such as Paul Krugman pointing out that the proposed Intellectual property provisions envisioned by the United States would mainly help the pharmaceutical industry and Hollywood. Krugman has severely criticized the TPP on the ground that, while it may help its corporate giants, the average American worker would lose. Senator Bernie Sanders also argues on similar lines. And this is where India needs to pay attention.

The agreement has 29 chapters and the one on services is of foremost importance to India. The provisions that may cause concerns are the intellectual property rights and agriculture. The agreement aims at comprehensive market access, which means that tariffs and barriers would be eliminated among the member countries for trade in goods and services. It also aims at protecting investments. One problem area for India would be that it will get firmly entrenched in the domain of the United States and the present independence and flexibility it enjoys might be affected if it agrees in toto to the terms and conditions of the TPP, as it exists now.

However, at the same time, America’s agenda in Asia would be ineffective without the participation of the two Asian giants – China and India. With TPP being rumoured to be a tool by the United States to encircle and limit the influence of China’s clout in the region, as part of its ‘pivot to Asia’ policy, and Japan silently playing in the background, India’s interest in participation would bring in dynamism to the TPP and will be a great relief for both the United States and Japan.

India now has an upper hand due to the threat of the other competing mega deal – RCEP which, if made effective, might invalidate any gains that the United States would dream of with the TPP. Hence, it is all the more important that India takes a firm view on this mega deal at this juncture from its present position of strength as it would give it the flexibility to bend the clauses being negotiated.

Vijay Rajmohan is a civil servant, working with the Ministry of Agriculture & Farmers Welfare as Director (Digital Agriculture). Views are personal.
Get Swarajya in your inbox everyday. Subscribe here.
Tags: