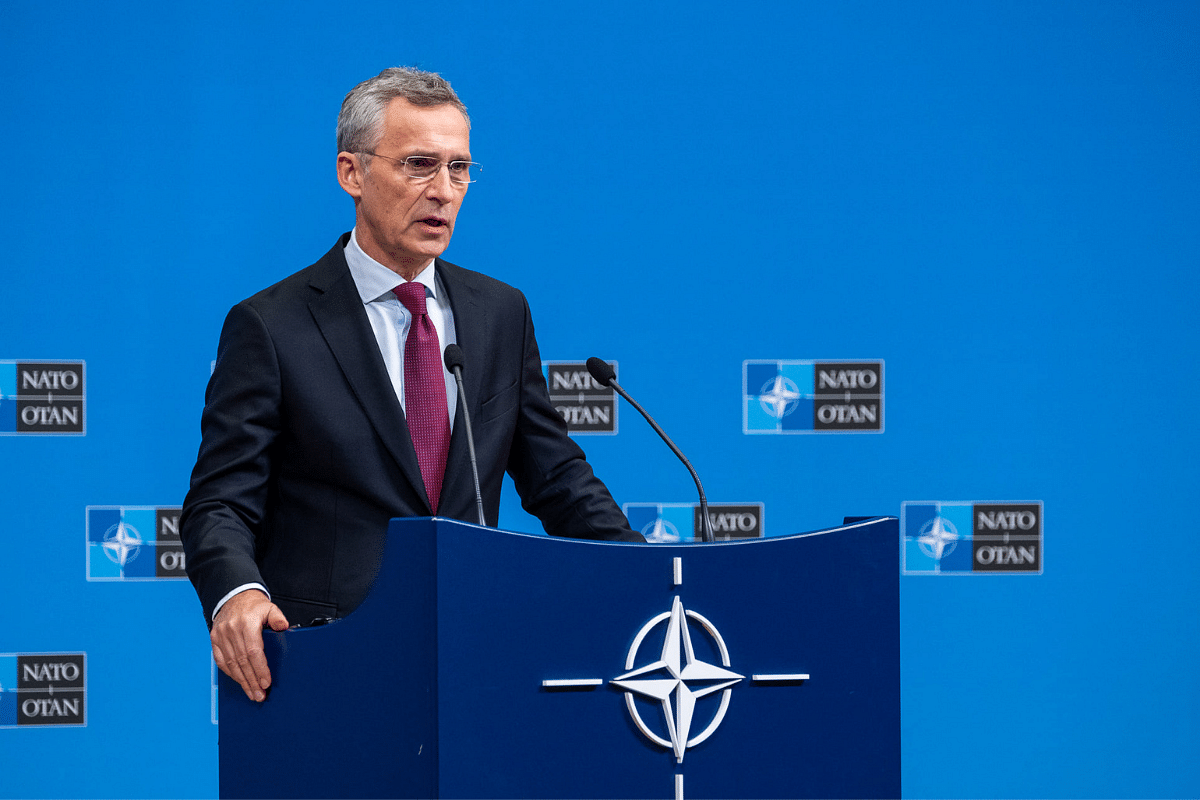 As of noon on 26 February, India time, two questions consumed the world: what was going on in Ukraine, and what was the West, led by America, doing to deter Russia?

While details are still sketchy, the answer to the first question is that the Russians have reached the Ukrainian capital of Kiev, the Black Sea port city of Odessa in the south, and a number of major industrial cities in the north east of Ukraine.

For all practical purposes, Ukraine has been overrun on multiple fronts without a single major battle taking place thus far.

It looks like the Russians are trying to avoid getting entangled in messy urban battles, while allowing bilateral diplomacy between Ukraine and Russia to work. Already, there are multiple, confirmed reports to this end, that the Ukrainian government of President Zelensky has offered to open urgent, direct parleys with Moscow at a neutral location yet to be decided.

It is a tragic, humiliating outcome to a winter of shrill bombast by Zelensky, egged on by the West, and his hitherto stubborn refusal to engage with Moscow on a one-to-one basis. And the price of such an incomprehensible, absolutist stance is being paid today by the people of Ukraine.

The answer to the second question, of the West’s response, is turning into a case study for utter incompetence and cluelessness. It, therefore, merits elaboration and analysis in depth.

An excellent metaphor for just how little the fortunes of Ukraine actually mean to the West was offered by the BBC yesterday morning. Instead of frenzied, live reportage on the situation in Ukraine, viewers were treated to a lavishly filmed documentary on theatre in China. This was followed by a programme on ‘sustainable skiing’, and the demerits of artificial snow.

The point is that if as significant a media house as the BBC can so callously revert to regular programming so soon, even as the hysteria they built up pushes a country to war, political chaos, and human misery, it shows just how scarily concocted the whole Russia-Ukraine mainstream media narrative really has been.

Another metaphor was offered by NATO (the North Atlantic Treaty Organization) when the heads of its member states met in the evening of 25 February for an extraordinary virtual summit: it started half an hour late. During this period, the world patiently endured images of Canadian Prime Minister Justin Trudeau sitting glum and bored in his chair, and of NATO Secretary General Jens Stoltenberg lolling in his chair and staring at the ceiling.

The point is that the delay was reflective of organisational sloth, and raised a question: if the world’s most powerful military alliance couldn’t start such an important meeting on schedule, then what hopes might the beleaguered Ukrainians have of NATO getting its act together in time?

Stoltenberg’s post-meeting press conference offered very little by way of firm answers, but more by way of virtue-signalling and vagueness. Ukraine received a hearty commendation for standing up to Russian aggression (not really, since the Ukrainian border forces failed to stop a single Russian incursion), while Moscow earned NATO’s condemnation for upsetting the European security order.

The NATO Secretary General also reiterated his plans first outlined the day before, of more sanctions on Russia, and the drawing up of NATO’s response force to guard their territories in Eastern Europe against Russian adventurism.

However, on the matter of a material response, Stoltenberg tip-toed his way out of the hall: “We will do what it takes to protect and defend every ally. And every inch of NATO territory.” Such grand, fighting words sounded marvellously encouraging, except for one problem: Ukraine was neither a NATO ally, nor was Ukraine, therefore, NATO territory.

So, what did all that mean, and what did the NATO meeting achieve?

American President Joe Biden put it best later in the day when he made it clear that United States forces would not engage in conflict with Russian troops in Ukraine. So, effectively, the Zelensky regime in Ukraine was being sacrificed at the altar of NATO prudence. It was an immoral move, since this whole conflagration was forced to a head because the West instigated and propelled Zelensky into a violent confrontation with Russia.

But even more curious were the contradictory mutterings that began to emerge from the NATO world. It soon started becoming apparent that those fearsome sanctions that Russia was to be hit with, might not, in fact, be implementable as envisaged for various reasons.

Rumours began to fly that the Italians wanted luxury goods exempted from the sanctions list. The Belgians, it seemed, wanted gemstones off the list. And Germany openly said that it would be practically impossible to cut Russia out of the SWIFT money transfer system.

The Italian Prime Minister eventually took to Twitter to deny that any such exemptions had been demanded, but it was too late in the day; the damage had already been done.

In even more self-defeating fashion, Biden confessed that it would not be possible to ban Russian crude oil or gas, not least because American refiners can’t switch from one crude to another overnight (their processing lines aren’t built to take such changes).

Biden followed this up with another confession, that sanctioning Russia would have an economic impact on the West. He meant a higher energy bill. This was an echo of the former American President Barack Obama’s statement a day earlier on Twitter: “There may be some economic consequences to such sanctions, given Russia’s significant role in world energy markets. But that’s a price we should be willing to pay to take a stand on the side of freedom.”

NATO’s Stoltenberg said the same thing in his last press conference: “NATO Allies and the European Union have already introduced significant sanctions. We must stand ready to do more. Even if it means we have to pay a price…” (emphasis by the writer).

So, the West can’t hurt Russia without hurting itself, but people are supposed to join in because it is the decent thing to do. Maybe, although, in that case, here’s wishing good luck to the US Democratic Party in selling that morality play to their voters as a crucial set of mid-term elections approaches. According to pollsters, the Democrats could well lose the key states of Maine, Minnesota, Michigan, Nevada, Wisconsin, and Pennsylvania if this is kept up.

Elsewhere, the British government rashly banned Russian carriers from their skies, only to be hit with a reciprocal ban by the Russians. This means that eastward-bound British airline flights will now have to take a longer, costlier, southward route over Asia instead of the short route through Russia that they normally took.

The Dutch bravely announced that they are dispatching 200 anti-air missiles to Ukraine, but with most airports there either out of action or in Russia control, one wonders how and when these missiles will reach the Ukrainians, or if the conflict will still be on by the time such help reaches.

It was more of the same at the United Nations, where Russia vetoed a Security Council resolution condemning the Russian invasion of Ukraine. India wisely abstained (to be discussed separately in a forthcoming piece).

So, if it is still largely business as usual, what sanctions are we talking about then? One was that Russia was now banned from participating in the Eurovision song contest. A second was that the UEFA Champions League soccer finals, scheduled to be held in St Petersburg, Russia, would now be played in Paris. A third is that President Putin and his Foreign Minister Lavrov are to be sanctioned personally (whatever that means).

Therefore, it is clear that thus far the West, led by America, has tied itself up in knots with sanctions on Russia, and made a mockery of defending Ukraine’s sovereignty. This loss of face and credibility will prove expensive for NATO in time to come, and cause a rise of ignoble ambitions in Eastern Asia. India will have to tread very carefully from here on.