What If Pelosi Does Indeed Go To Taiwan? And What If She Doesn't? 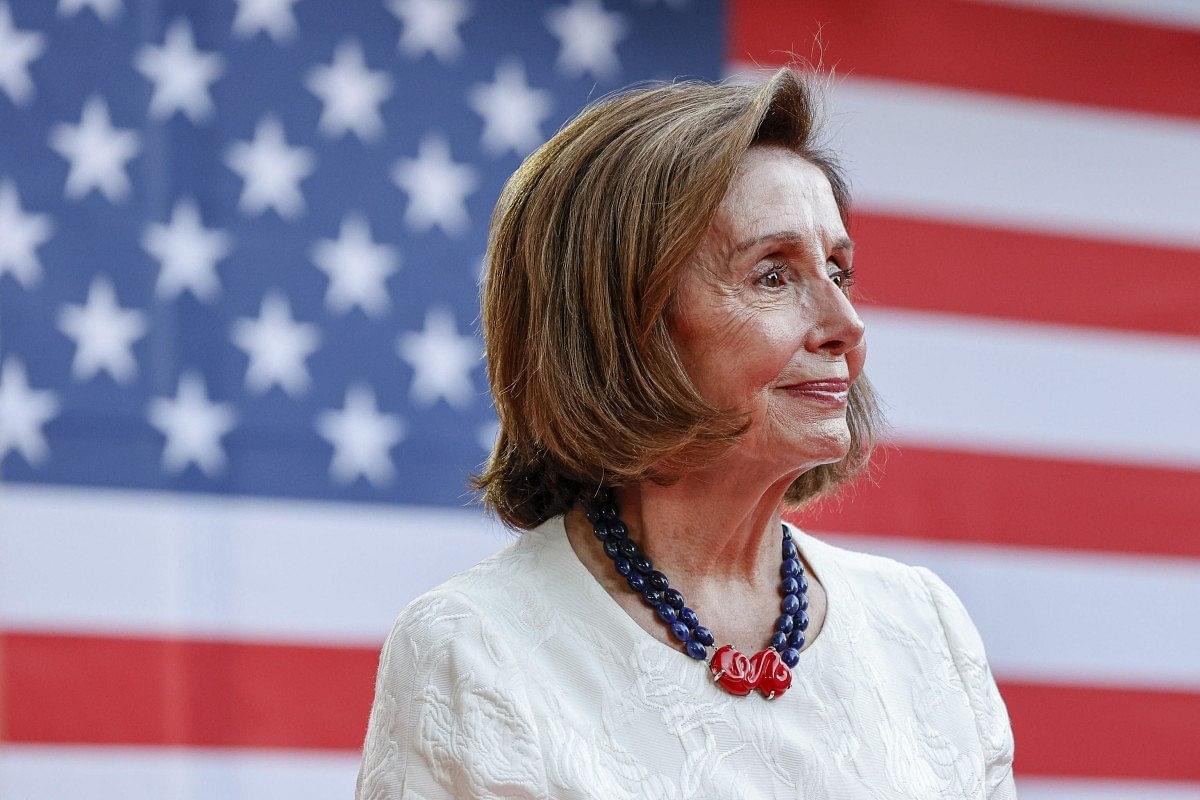 Since news of the trip emerged on Tuesday (19 July), the President’s public comments have ramped up pressure on the speaker.

Speaker Pelosi is currently on a trip to Asia and some journalists located in Taiwan have stated that she will arrive in Taiwan on Tuesday evening.

Pelosi will visit Malaysia, South Korea and Japan next. She has remained tight-lipped about her possible plan to visit Taiwan.

Officials in Pentagon, whose job is to uphold American primacy in the world, are concerned that a trip by the Speaker to Taiwan, an island not controlled by Beijing since the end of the civil war in China, will increase tensions in the region.

However, US has now deployed ships and military planes near Taiwan as the possibility of Pelosi's visit grows.

The USS Ronald Reagan returned to the South China Sea. It earlier made a port call to Singapore a week before Pelosi’s visit, as per the report from Nikkei.

“Pelosi’s visit to Taiwan would be a gross interference in China’s internal affairs, seriously damaging China’s sovereignty and territorial integrity. Her status as the No. 3 politician in the US means that her visit to Taiwan would be highly sensitive. It will seriously violate the one-China principle and damage China-US relations,” Zhao Lijian, foreign ministry spokesperson said.

According a report by CNN, "Biden administration officials are concerned that China could seek to declare a no-fly zone over Taiwan ahead of a possible visit by House Speaker Nancy Pelosi as an effort to upend the trip".

One of the reasons why White House is concerned by Pelosi's possible visit is this — the party congress which will make Xi Jinping president for a record third time is nearing.

Many in DC fear that in this time period, the CCP and Xi himself are determined to appear assertive on the world stage to ensure no one in China feels that the CCP is not protecting China's interests, as the CCP's legitimacy rests on it successfully convincing China's domestic population that they are the best guarantors of China's security.

The worry is that a visit by the US speaker to Taiwan during this time period might provoke a more pronounced response. There is a fear that after the visit, China will make not the US but Taiwan bear the burnt, as Taiwan is the weaker power and it will be easier for China to change the status quo vis-a-vis Taiwan.

There are some people who are concerned that a trip by Pelosi will give Beijing the excuse it needs to change the status quo on the ground. China might violate Taiwan's airspace. China has steadily been increasing the number of times it violates Taiwan's air defence zone but violating the Taiwanese airspace proper would be an escalation. A more unlikely but extreme scenario might be China attempting to block the Taiwan Strait.

Pelosi for her part has stated that she has not directly heard from Biden. She has also pushed back on the notion that her trip would be interpreted by the Chinese as a provocation.

“It’s important for us to show support for Taiwan,” she said.

“None of us have ever said we’re for independence when it comes to Taiwan. That’s up to Taiwan to decide,” she added, to clarify that her trip to Taiwan in no way, alters US's policy vis-a-vis Taiwan.

Amidst the Biden administration's attempt to change Pelosi's mind, Pelosi is receiving admiration from surprising quarters.

The Republicans are backing up Pelosi. They believe that she has a long track record of pushing back against China.

“I don’t always agree with her, but on this one I applaud it. It’s important that we show up in Taiwan and demonstrate to China that we are supportive. That’s a very strong statement for a speaker to go to Taiwan," said Rep Michael McCaul of Texas, the top Republican on the House Foreign Affairs Committee.

Those who support the idea of Pelosi's visit to Taiwan feel that China should be given a clear message that its bullying won't work. Pelosi not visiting Taiwan would send the wrong message.

Beijing has threatened that if Pelosi goes ahead with her planned trip, they will respond with “forceful measures”.

“If the US insists on going its own way, China will take forceful measures to resolutely respond and counter it, and we will do what we say,” said Wang Wenbin, China's Foreign Ministry spokesperson.

As of now, it isn't clear if Pelosi is still determined to go ahead with her trip. Has all the pressure by the administration forced her to change her mind? Not going ahead now will be perceived as 'giving in' to Beijing's threats.

“We do not confirm or deny international travel in advance due to longstanding security protocols,” a spokesperson for Pelosi said.

If Pelosi decides to go ahead with the visit, it will be the first visit by US House Speaker to Taiwan in 25 years. The last US Speaker to travel to the island was Newt Gingrich in 1997.

Ideally, the report of her intending to visit Taiwan shouldn't have leaked and even after the leak, President Joe Biden should not have spoken about it publicly.

When his job was to portray that Americans are speaking in one voice, he did the opposite by expressing his opposition to the trip publicly and pressuring the Speaker privately.

The end result is that the trip which was meant to send a message to allies in Asia that the US is dependable, has now sown a seed of doubt in Asian allies over US commitment, thanks to president Biden bungling up and showing to the world how his own party is divided over how to handle China.

Also Read: Why Is The White House Opposing Nancy Pelosi's Trip To Taiwan?