Will “Surgical Strike” On LOC Chasten Pak? No, But It Needed To Be done 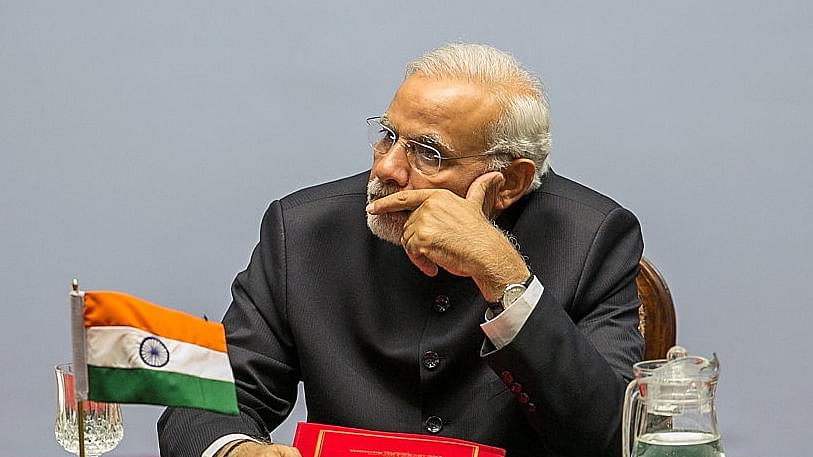 Thursday’s “surgical strike” on terrorist launchpads across the line-of-control (LOC) in Jammu & Kashmir by the army was sorely needed. But it will surely ignite a controversy back home once the dust settles.

One of the questions that keeps popping up in discussions on India’s likely responses to the Uri attack by Pakistan-backed terrorists is this: will this stop Pakistani terrorism? Will ending MFN status help us achieve this? Or cancelling the Indus Water Treaty? Or, for that matter, the “surgical strikes” conducted by the Indian army early today. Will these strikes lead to Pakistani retaliation or a reduction in terrorism?

This question can really be answered only with another question: did doing nothing stop Pakistani terrorism on Indian soil?

The simple point is this: retribution may not stop further evil acts by Pakistan, but it is a moral response to violence against us. If wrongdoing does not face retribution, it will grow. If this was not the case, why would states have strict laws against stealing, or rape or murder? Why don’t we argue that there is no point sentencing murderers to life terms since that won’t stop people from murdering.

An individual can choose to turn the other cheek, but a state cannot. The point of retribution is to emphasise that there is a cost to your perfidy, not to assume that the opponent will stop his efforts to injure and abuse. The only reasons to pause on the issue of retribution are practical ones: do we have the capability? Can we ensure that the costs to us are less than the costs to our enemies?

Shashank Joshi, a senior researcher fellow at London’s Royal United Services Institute, falls into the same trap of questioning India’s efforts to make Pakistan pay for its transgressions. In an article titled “Is India’s Israel envy misplaced” in Mint newspaper, Joshi makes the valid point that India envies the firepower and strength of Israel, which takes swift action against terrorists carrying out acts of terror against it.

However, he assumes that the point of Israel’s retributory actions against enemies “is deterrence and dismantlement (of terrorist infrastructure). India wants to deter terrorist attacks and see the dismantlement of the groups behind them. But Israel has achieved the first only partly, and the second not at all.”

But as Jaideep Prabhu explains here, this is not the Israeli strategy at all. He writes: “The real lessons for India come from the pattern of fighting the Israeli Defence Forces have adopted over last 20 years and not its early days. Lieutenant-Colonel Ron Tira (res) of the Israeli Air Force describes the IDF's strategy in its last six major engagements as one of attrition in which the aim was to ‘cause the opponent more damage (quantitatively and qualitatively) than the opponent caused Israel in the same timespan.” The fear of punitive retaliation would, it was hoped, delay the next conflict and restrain the enemy's ambitions.” (Read Tira’s doctrine as explained by him here)

In fact, no counter-terrorist action, whether retributory in nature or preventive, has ever achieved complete success. Has the US managed to dismantle the Islamist terror infrastructure despite the huge power asymmetry in its favour? When al-Qaeda was weakened, we saw the rise of ISIS. Has Europe, which has avoided aggressive moves against Islamists unlike the US, managed to achieve any greater success against terror? We find that both approaches, the hard line of the US and the softer line of Europe, have not achieved the desired success against the rise of terrorism. It is the nature of the beast, that it takes only one mad man to create terror, but even the might of the whole state cannot stop all such individuals from doing so.

In the case of Pakistan-backed terror, let us not fool ourselves that any retaliation for Uri is going to force Pakistan to mend it ways. It won’t happen. It might even get worse in the short term. We can expect some marginal gains from retributory tactics only over the long term, if Pakistan is kept busy fighting on all fronts.

In any case, the point of retribution is not ultimate victory against Pakistani state terrorism. It is to impose costs, and to reduce the incentives for terrorism. Game theory tells us that only tit-for-tat is a better strategy than turning the other cheek. It still won’t prevent any individual from becoming a terrorist, but it will at least give recalcitrant states like Pakistan food for thought and slow them down for a while.

Consider all our retaliatory acts against Pakistan. We got relative peace between 1948 and 1965 after we pushed them back in Kashmir. The defeat of Pakistan in 1971 with the creation of Bangladesh gave us 18 years of relative peace, though we had the Khalistan trouble in-between. But it was KPS Gill’s retaliatory strikes against Khalistani militants that ended that war. In the late 1980s, Pakistan became aggressive in J&K again and forced an ethnic cleansing in the Valley. Defeat in Kargil in 1999 and the mobilisation of the army after the December 2001 parliament attacks gave us some respite, but by the end of the noughties Kashmir was on the boil once more. Pakistan thinks it is time to ratchet up the trouble again , especially since the UPA years sent no signals on retribution.

Joshi and others are coming to the wrong conclusions based on Israel’s failure to completely eliminate terrorism. Retribution cannot end terrorism, but it can give your enemies cause for pause, and give you some interim peace. This is the real Israeli doctrine, not total victory, which can never be at hand. When you are fighting an idea, total victory is not possible.

The Sri Lankans will find out that the final defeat of the LTTE will not end Tamil alienation; but it will give them time to rebuild and a temporary peace. Not doing anything would not have given them even this.

India’s misfortune is to have a neighbour like Pakistan. But our moral duty – nay, dharma – is to give Pakistan a tight slap whenever its crosses some threshold limits of tolerance.