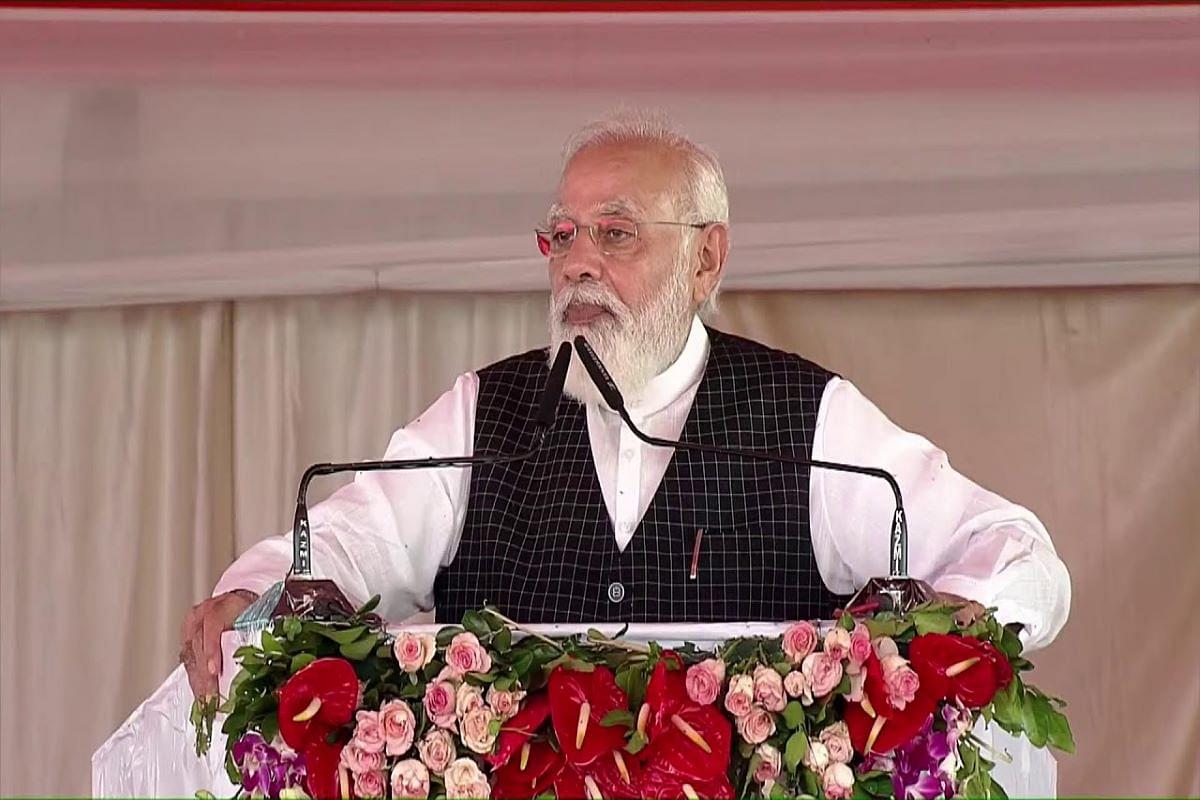 The objective of the Pradhan Mantri Ayushman Bharat Health Infrastructure Mission is to fill gaps in public health infrastructure, especially in critical care facilities and primary care in both urban and rural areas.

People will have access to a full range of diagnostic services in the public healthcare system through a network of laboratories across the country. Integrated public health laboratories will be set up in all districts.

A national institution for health, four new national institutes for virology, a regional research platform for WHO South-East Asia Region, nine biosafety level-three laboratories, five new regional national centres for disease control will be set up under the scheme.

Ahead of the mission’s launch, the Prime Minister inaugurated nine medical colleges from Siddharthnagar, in the presence of UP Chief Minister Yogi Adityanath, Governor Anandiben Patel and Union Health Minister Mansukh Mandaviya.

He also inaugurated various development projects worth around Rs 5,200 crore for his constituency.

The mission will strengthen the health infrastructure of Uttar Pradesh as well as of the country, help in preparations to face future pandemics and bring confidence and self-reliance in the health sector, PM Modi said.

However, not enough was done in this front for a long time after Independence, he claimed.

"Those who had been in the government for a long time kept healthcare deprived of all-around development. Either there were not enough hospitals in villages or doctors were not there. Testing facilities were not available in block level."

This newly launched mission will address these shortcomings, Modi said.

The target is to strengthen the healthcare network from village to block and national levels in the next four years. Special focus would be on the northeastern and the hilly states, the prime minister said.

Elaborating on three major aspects of the mission, he said, "The first is the creation of elaborate facilities for detection and treatment of disease. Under this, health and wellness centres are being opened in villages and cities with facilities for early detection of diseases."

"The second aspect is linked to the testing network to diagnose diseases. The third is improving the existing laboratories in the country. Biosafety level-three lab is needed for testing during epidemics. Fifteen such new labs will be made functional."

Through the Ayushman Bharat Health Infrastructure Mission, a complete ecosystem is being developed -- from treatment to critical research -- in every corner of India, the prime minister said.

"All these should have been done decades ago. I need not say much on what the conditions are. We have been improving it (health infrastructure) for the past seven years. Now we are working with an aggressive approach and on a big scale," Modi said.

When a health infrastructure is built, it creates employment for doctors, paramedics, labs, pharmacies, develops sanitation and transport. When a big hospital is set up, a city develops around it and becomes a centre of financial activity, he said.

"This mission will lead to holistic health care which is available to all and is in the reach of all."

Attacking the previous governments, Modi alleged, "For those in power before us, health service was a means of earning money and corruption. Earlier, public money used to go in scams and fill the coffers of such people (those in power). But now, it is being used in big projects."

While launching various development schemes for his constituency, the prime minister alleged that Varanasi, the most ancient city, was left to its fate by the previous governments.

"Hanging wires, bad state of roads, Mother Ganga and the ghats, traffic jams and pollution would have remained the same had it been the same people at the helm as earlier.

"The heart of Kashi is the same but an honest effort is being made to improve its ambience. The works done in Kashi in the past seven years has not been done in 70 years," he claimed.