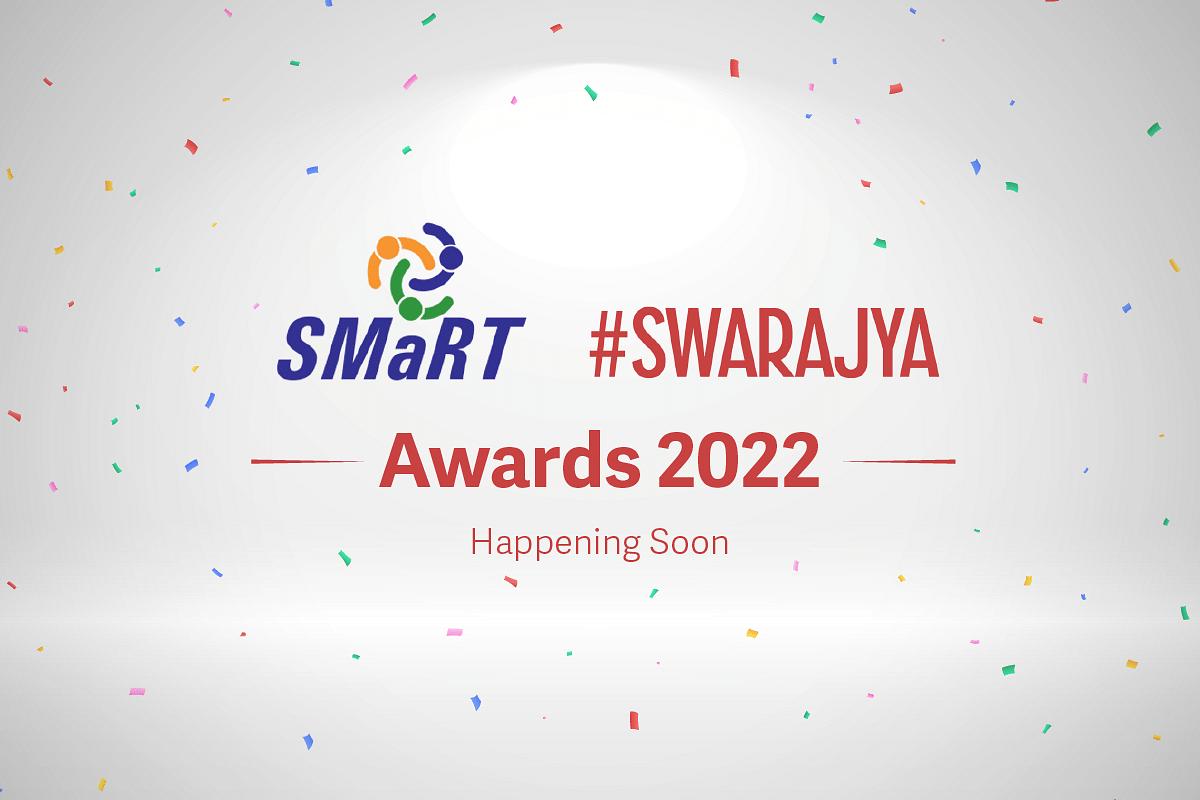 The sixth edition of Swarajya Awards will be presented on August 5th (Friday) during a special session of the Pondy Lit Fest 2022.

After a pandemic-induced break in 2021, SMaRT - Swarajya Awards return in 2022, this time in partnership with SMaRT, a confederation of nationalistic media organisations and knowledge providers, with the aim to amplify nationalistic news/knowledge.

Swarajya is privileged to be associated as the exclusive print and digital partner for the Pondy Lit Fest 2022 edition, which is held in the first week of August (5th to 7th August).

Swarajya instituted the Swarajya Awards in 2015 to recognise individuals and institutions doing stellar work in various walks of life while being largely committed to advancing values like open market, freedom of enterprise, national interest, innovation, entrepreneurship and celebrating the richness of India’s vast cultural heritage.

Dr B R Shenoy Award, named in honour of a great Indian free market economist who challenged the Nehruvian dirigisme, will be presented to an individual who has consistently advocated the value of the open market, stood for a reduced role for government in enterprise and thereby made a significant contribution to advance human freedom.

Dr S P Mukherjee Award, instituted in honour of a great Indian statesman – politician and an intellectual progenitor of a uniquely Indian political philosophy, will be conferred on an active politician who has consistently strived to uphold values that Dr Mukherjee epitomised – a commitment to constitutional values, and thoughtful interventions to enrich the quality of public life.

Sree Narayana Guru Award, named in honour of the great Hindu social reformer from Kerala who worked for social equality, spiritual freedom and economic empowerment of the underprivileged, will be bestowed on individuals or institutions engaged in fields such as transformational social work projects, inspiring grassroots activism in rural education healthcare, tribal welfare, empowerment of marginalised communities and rural entrepreneurship.

Each award will carry a citation, a specially designed trophy and a cash prize