Beyond Poison And Potion: Nine Snake Stories That Will Give Readers Chills And Thrills 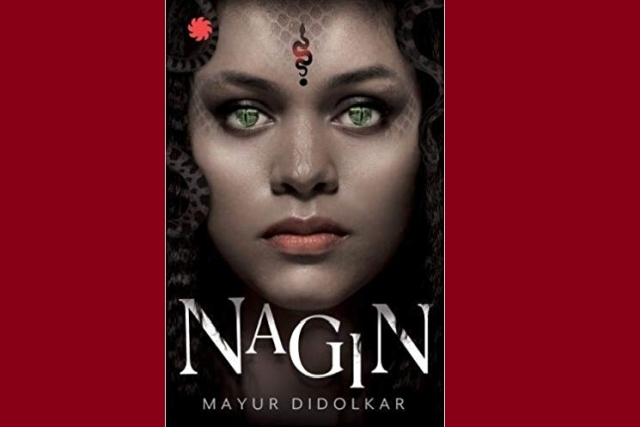 The cover of Mayur Didolkar’s Nagin.

On Naagara Panchami (Naag Panchami) festival, my mother would be up by five in the morning, father would have bathed, when the oldest of us children would be woken up for an oil/head bath, and the youngest would follow last. We would pour milk and ghee over a little silver icon of 'Naagappa', the hooded cobra, and mother’s little handiwork of a cradle and a swing made of rice-flour would be taken, along with milk and ghee, to a nearby anthill and vermilion would be applied, and only after the puja would we have our glass of milk, or 'light coffee' for the older children, and some nice strong coffee for my father.

Our mother would tell us the story of Lord Subramanya, and those in the family who had made a vow to him would perform even more elaborate ceremonies at home, as Subramanya is himself the lord of serpents. She would tell us that we prayed to the serpent king because he was the minder of our senses and praying to him would keep our ears, nose, and eyes healthy. To top this all we had many in the family whose names celebrated the power and the grace of the serpents – there was Nagaraja, my father, Nagendra, a cousin, Nagappa, an uncle, Nagamani, a niece, and so on and so forth.

This detour to a little sliver of my past is inspired by the collection of short stories by Mayur Didolkar in which men and women morph into snakes to avoid detection, to pursue their dreams, to defeat their enemies, and to be a part of the leela/play of life. Nagin, a collection of nine stories, is not into tracing any particular story or belief of a particular community in India and their worship of the lord of serpents though, given the fecundity of Didolkar's imagination, they could very well inspire a fresh set of stories that weave Hindu myth, fable, belief, and worship into a modern Indian setting.

In this collection of stories, however, Didolkar's fascination with 'shape shifters', the icchadaris, gives us vignettes of life in Pune, his hometown, and little towns and villages in Maharashtra, where he grew up. Letting his imagination run a little wild, to pun, we get men and women, who not only morph into snakes, but also into fierce jackals with peculiar tails with peculiar ends, waving it in front of readers’ eyes glued to the pages of Nagin. There is Kunal, in the first story, a teenage peeping Tom, who spies the half-clad and seductively named Rasika, through his bedroom window and into her kitchen, and a black and yellow cobra slithering up the water drain next to her home into her apartment. What happens to her husband, who suspects her? Who is the person, who has morphed into the deadly snake?

So follows the next eight stories, each one more tickling of our senses and of our curiosity than the previous one. Yes, we are putty in the hands of this masterful teller of tales, and as he says in a recent interview, we might even get to see some of these stories transformed into thrillers for the silver screen. Didolkar is a talented writer, and he is prolific, and readers will not be disappointed with this collection. He mixes tales of domesticity, of office intrigue, and of village life plunging us head first and into the deep end of these quotidian contexts and then seducing us into following the quirky turns and twists of his mystery tales.

It is not all blood and gore, or in this collection, poison and potions, but smart and droll asides and observations about life and love, loss and belonging, marriage and loneliness that keep the reader glued to the book, and chuckling too despite the horror and the mystery of who gets bitten by the snake and whose livers and hearts get eaten by the jackals.

It is exciting to read the new writers published in India, and even more thrilling to see many of these try their hand at writing crime, horror, fantasy and science fiction. No, this is not high art nor the pretentious tales about 'patriarchal India' that some of India’s wordsmiths sell to Western publishers. This is just good, simple, rollicking entertainment. But then, we realise, it may take more talent to write these tales of mystery and horror than the lugubrious stories of rape, incest, and discrimination in rural India or of rape, incest, and discrimination in urban India – with their stock characters of victims and perpetrators, of 'superstition' and chicanery, and of the dark dungeon of Hindu mischief in Bharat, and the light and power of the 'other' in India.

Yes, these stories can grow to become more sophisticated, more nuanced, more elegant, and more mischievous with the kind of wordplay and keen observation of life that we associate with fine writing. Didolkar is talented, and he has tricks up his sleeve, and as he says in the interview with Deborah Kalb, there is more work in the pipeline. A keen and voracious reader of Western horror and crime thrillers, with a steel trap mind that recalls dialogue from myriad Hollywood films, Didolkar has a tendency to pepper his tales with dialogue and character traits that sometimes seem misplaced in an Indian setting. But then, by telling his tales as he does, he is also breaking the stereotypes of the Indian character and the Indian setting. Some of the women are dressed to kill or barely dressed at times, and the men and the women use the 'c' word, the 'b' word, or the 'p' word in garrulous speech, smoke cigarettes as if they were never out of fashion, and drink and jump into bed like we expect people do elsewhere. Yes, this is Bharat that is India, where young men and women are shifting shape, to pun, influenced by global trends. Didolkar captures them in his wonderful tales of imagination, and we can hope that this young writer will give us more and better, and that we can continue to marvel at his talent that he is so generously endowed with.