The GMO Debate: Here’s The Story Of A Convert 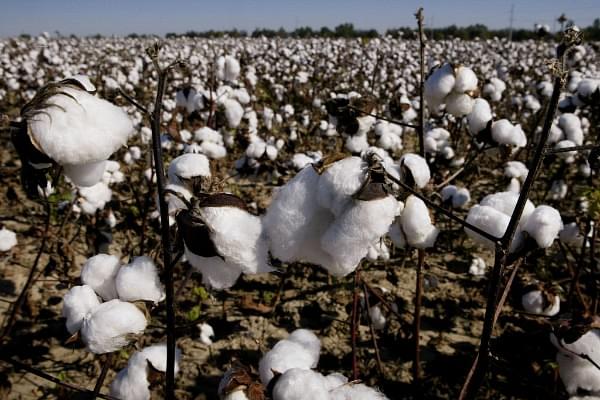 Seeds of Science: Why We Got It So Wrong On GMOs. Mark Lynas. Bloomsbury Sigma. 2018.

This is the age of big questions. Will artificial intelligence (AI) dominate the world? Will we find a suitable alternative to fossil fuels? Will big data make us lose our privacy? And will genetic engineering (GE) and genetically modified organisms (GMOs) give rise to Frankenstein-like chimeras?

These questions do not have simple answers. They require a modicum of scientific learning even to appreciate all the implications. A person who has been fully educated in the arts and humanities may find himself or herself flip-flopping on the issues.

Mark Lynas tells the tale of his U-turn from being an anti-GMO protester to a pro-GMO activist in the book Seeds of Science: Why We Got It So Wrong On GMOs (2018). Lynas is not a scientist. He admits that in his days as an anti-GMO campaigner, he didn't even know what DNA stands for. He holds an MA in politics and modern history from Edinburgh University. But this did not stop him from stealthily sneaking into trial sites of genetically modified crops at night and wrecking them. This was in the 1990s.

Later, he turned to writing and authored successful books on global warming, one of which won the Royal Society Book Prize, a major honour. In the process, he learned to think like a scientist and appreciate the scientific method, especially the peer-review process. In this he seems to have been influenced by Bjorn Lomborg's The Skeptical Environmentalist (2001). While Lomborg himself was not an environmental scientist, he backed his controversial opinions by hard scientific evidence gleaned from over 2,000 scientific books, papers, and reports.

As he wrote on the growing consensus among scientists on global warming, Lynas became painfully aware of another growing consensus among scientists – on GMOs. As he says it: “In 2006, the American Association for the Advancement of Science (AAAS) board had published a strong statement on climate change. ‘The scientific evidence is clear: global climate change caused by human activities is occurring now, and it is a growing threat to society.’ There was little ambiguity there; it was about as strong as scientific language ever gets. In October 2012, the AAAS board issued a similarly strongly worded statement, this time on the safety of genetically modified foods. ‘The science is quite clear: crop improvement by the modern molecular techniques of biotechnology is safe,’ it stated, in similar language and with equivalent bluntness to the earlier statement on climate change.”

Clearly, Lynas couldn’t deny the scientific consensus on GMOs while believing in the one on climate change. This led him in 2013 to recant his stand on GMOs at the Oxford Farming Conference. (See YouTube video here.)

The story of Lynas’s conversion is fascinating and well-written, and has the ring of truth. After his change in stance, he went around Asia and Africa (supported by the Alliance for Science at Cornell University) to gauge for himself the extent of the anti-GMO onslaught. And the tales he tells are horrendous.

Lynas points out the conclusion of the European Commission in a 2010 report: “The main conclusion to be drawn from the efforts of more than 130 research projects, covering a period of more than 25 years of research, and involving more than 500 independent research groups, is that biotechnology, and in particular GMOs, are not per se more risky than e.g. conventional plant breeding technologies.”

Next, there is evidence that adoption of genetically modified crops can actually be beneficial. Lynas states: “A 2014 meta-analysis, combining the outputs of nearly 150 separate peer-reviewed studies, concluded that GM technology adoption has reduced chemical pesticide use by 37 per cent, increased crop yields by 22 per cent and increased farmer profits by 68 per cent globally.”

Then, why has research on GMOs been stalled in Asia and Africa where it can clearly help? It is because of the agitation by Greenpeace and other environmental organisations. Their protests seem to border on the irrational and unscientific.

Take the case of Vandana Shiva, the Indian environmental activist. She claimed that GMOs such as Bt cotton had increased the price of cotton seeds by 80,000 per cent and, as a result, 300,000 Indian farmers have committed suicide. Eighty-four per cent of these suicides are attributed directly to Monsanto's Bt cotton.

Lynas, quoting a 2012 research paper by Jonas Kathage and Matin Qaim, states that there was a “24 per cent increase in cotton yield due to reduced insect pest damage and a 50 per cent gain in profit for Bt adopters, largely because of these higher yields. Furthermore Bt cotton [due to reduced pesticide usage] now helps to avoid at least 2.4 million cases of pesticide poisoning every year.”

While the suicides of Indian farmers are tragic, it is about 31.7 per 100,000 farmers, which is similar to the rates in Scotland and France (neither of which grows GMO crops). So these suicides are not necessarily due to Bt cotton. It seems that Vandana Shiva has an “ideological axe to grind” and has “little concern about the true facts”.

Lynas devotes a couple of chapters on the thinking behind anti-GMO activities. Ultimately, their opposition boils down to two concerns – big businesses are dominating the GMO scene, and we seem to be playing god by dabbling in genetic engineering.

The first concern is true solely because the anti-GMO activists have raised the stakes of the game so high (in the range of billions of dollars) that small-scale actors just cannot enter that space. Their argument is clearly circular.

The second objection does hold merit. Maybe we are playing god. Maybe we are intruding into territory reserved solely for the divine. Or maybe, as put by scientist Francis Collins (who is devoutly religious) in his book The Language of God (2007), god may have revealed to us the word through the genetic code which is universal. The sequence of 'A's, 'T's, 'G's and 'C's may be god's design for the living world that he has deemed fit to share with us for us to study and explore.

Lynas's book is a timely one confronting a pressing topic. Some scientists have suggested that GMOs can usher in a Second Green Revolution. We need a re-look (without resorting to things like “GMO-agnosticism”) at some of the positions of the government.