Firms Leaving China: How To Get India’s States To Compete For Them? 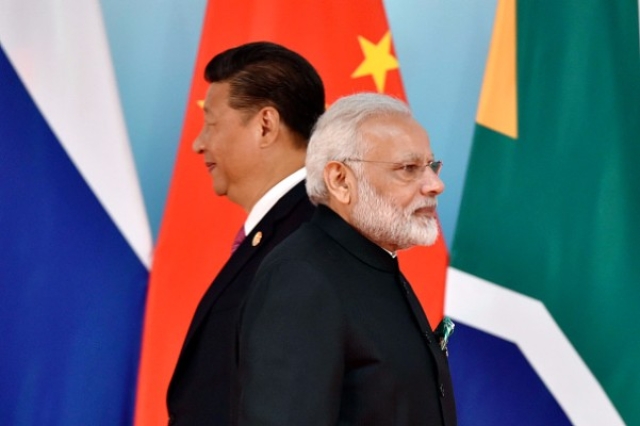 In 2016, I was very confident that Donald Trump would become the next president of the United States. My forecast was based on what I heard from people in the developed countries, especially the UK. The prevailing sentiment was visibly against free movement of goods, services and of course, of people.

Therefore, I wasn’t much surprised with the Brexit verdict either. There were visible signs of an eventual backlash against globalisation and both these events were the starting point of the same.

It is likely that Trump will be re-elected for another term as the prevalent sentiment hasn’t changed much since then. In fact, the way the current trade war has evolved has ensured his second term. But, American politics, the likely outcome and its implication for world order will be an issue we will explore later. For now, let’s look at what the trade war has managed to achieve.

Not surprisingly, the erection of higher tariffs on goods from China has resulted in several firms that used to source their products from Chinese manufacturers look elsewhere. Consequently, China’s growth rate has been slowing down as firms shift their supply chains elsewhere including countries like Vietnam, Taiwan and even India.

Certain Indian sectors where costs of manufacturing are low have benefitted from these developments, and we are more globally integrated than before. However, India has the potential to attract more such industries over the next couple of months. Therefore, the focus should be on ensuring that we can attract the maximum number of the firms as they shift their supply chain from China.

Previous articles have explored policy tweaks that can help the government create a conducive environment for foreign investors. But merely creating a conducive environment won’t be enough to make India a part of the global value chain and Finance Minister Nirmala Sitharaman recognised this as she announced an annual global investors’ summit. It is important to showcase what India has to offer to global investors and chief executive officers, and the summit will be instrumental in achieving the same.

While we don’t know the structure or the concept behind such a summit, in my view, it should be on the lines of the Vibrant Gujarat Summit. Therefore, the global investors’ summit should be like 29 Vibrant Gujarat summits happening simultaneously at one place where chief ministers of each state present their slide-deck and showcase the best of what their state has to offer to investors.

Doing so will ensure a healthy competition among states to attract investments for their states like the NITI Aayog’s ‘state rankings on the ease of doing business’ which sparked a competitive drive among states to simplify procedures.

Combining the summit with a mechanism for speedy clearances through a single window combined with time commitments on land acquisition will go a long way in creating a unique system of attracting investment. Towards the end of the event, we will have rankings of the state based on the investments that they have attracted.

Such rankings and their impact on the investment sentiment in a state will act as a strong incentive for state-level reforms in areas such as land, labour etc, to take place. Given that there is a strong reorientation of supply chains that is currently underway, October should be the perfect time for such a summit and if not October then we should have it before December to ensure that we can make the most of this reorientation.

For states that have decent infrastructure and are already considered to be investor friendly, these regulations may be higher than compared to states that have relatively poor infrastructure. This follows because states with poor infrastructure may have to compete with other states for investments and it may be more inclined to reduce regulatory hassles in order to woo investors. Either way, the law will enable state governments to innovatively attract investments in their respective states.

The above-mentioned format for the mechanism combined with the autonomous industrial zones achieves two things; first, it ensures that we are able to attract a greater number of firms that are relocating from China. But more importantly, it will ensure that the process of state-level reforms gets initiated as states compete to attract fresh investments.

Irrespective of the policies of the central government, state governments have the potential to ensure adequate growth of their economy and a good example of this is how Gujarat was growing at a decent growth rate between 2009-2011 while the Indian economy started to slow down.

Therefore, it is only when state level reforms take place that several bottlenecks to the growth of Indian industry can be adequately removed. Now would be the right time for state governments to take partial ownership towards ensuring India sustains a growth rate beyond 8 per cent for the next decade.