What If Ramayana Had Never Been Telecast? 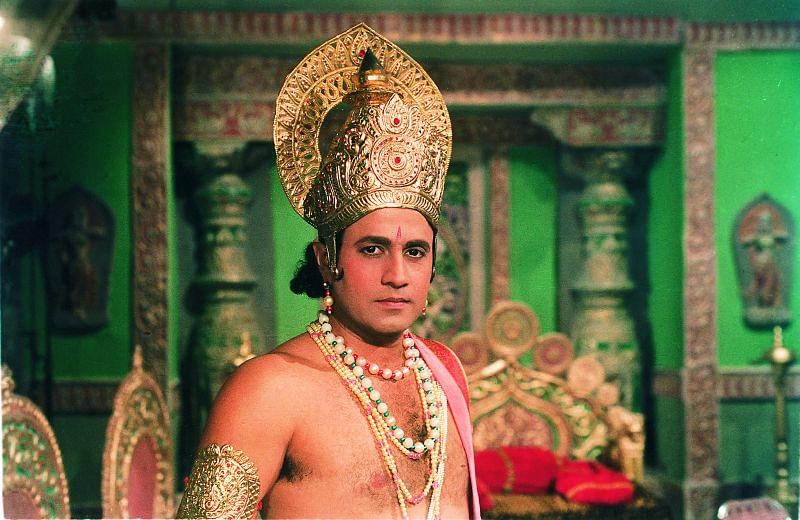 Back in the 80s, the only television we had was Doordarshan, which mostly showed documentaries on the Gandhi family and fertilizer. Sometimes we would go over to a nearby auntie’s house to watch Chitrahaar, or Hindi Feature Film. The film was irrelevant. The main thing was that it was free. Alok Nath was unavoidable. We thought impure thoughts about female newscasters. Our world was very small. Arnab was still in school, and the nation was far less curious.

Until someone called the Information and Broadcasting Minister in 1986, and told him that Doordarshan should broadcast serials that depict the values enshrined in our ancient texts and philosophy, the kind of values that were contained in the Mahabharata and the Ramayana.

This was not  part of an RSS plot. This was a suggestion by Rajiv Gandhi, who was PM at the time, and in the middle of his term. The first flush of public affection was beginning to fade. He had just altered the constitution to prevent poor Shah Bano from getting alimony, and the Hindus were angry. It was time to do something nice for the Hindus.

Eager to please, the babus at Mandi House moved with lightning speed, and commissioned the production of both the Ramayana and the Mahabharata. Given the rush, there were no tenders. One project was given to Ramanand Sagar, and the other to B.R. Chopra. Several episodes of both were produced, after which Doordarshan decided to run Ramayana first.

It started in the third week of January, 1987. Soon after, Rajiv Gandhi opened up the site of the Ram Janmabhoomi in Ayodhya for worship. In this way, he became a founding father of the BJP. Years later, his son Rahul played a big role in helping Narendra Modi become the PM. From this, we can see that no other family has contributed more to the rise of the BJP than the Nehru-Gandhis. While the original Nehru was clearly an enemy, his descendants have done their best to make up for it.

Once the Ramayana started, our lives were never the same. For two years, at 9.30 every Sunday morning, the nation came to a stop. Trains were delayed at stations while passengers finished watching. People bathed early, and applied tilaks to themselves and their TVs. Cinema halls across the country cancelled morning shows. The nation watched, transfixed, as the actors spoke very slowly, and arrows fired by combatants took up to 15 minutes to hit their targets.

How could such a programme shape the nation? It’s because the Hindu religion is defective. Christians have to go to church every Sunday. Muslims have to pray five times a day. Hindus are under no such compulsion. Even on those few festive days in every year, our God is not the only focus. There’s food, and friends, and family. Plus we have too many gods. As any brand consultant will tell you, it’s better to focus on one or two brands. For hundreds of years, we Hindus have been loose and shaggy, worshipping our different gods once or twice a year. We also had a wide variety of idols, instead of one clear picture in every heart. The whole thing was fuzzy.

Ramayana changed all this. Our God was no longer an abstract figure who varied from person to person. He was a tall man with kind eyes, nice shoulders and a heavenly smile. He was real. He was human. When we were deprived of his temple, we felt it personally. We rose up when Lal Krishna Advani called. We emerged from the shadow of Nehru and realized that faith could play a role in politics.

But what if there was no Ramayana on Doordarshan?

Until 1987, for 40 years, public broadcasters in India had avoided religious programming.

According to legend, on that fateful day in 1986, Rajiv Gandhi switched on the TV, thought Doordarshan was boring, and then called the minister. Supposing Hindi Feature Film had been running at the time, showing Amar Akbar Anthony, or Chalti Ka Naam Gaadi? Rajiv Gandhi would have been richly entertained. He would never have made that call. Secretary Gill would not have called Ramanand Sagar, and asked him to make Ramayana.

Without a government guarantee, Sagar might never have attempted such an ambitious project, moving smoothly instead from Vikram Aur Betal to Jataka Tales, or Akbar-Birbal.

How would our history have been different? It would probably have been slower. Unlike church, or the muezzin’s call, Ramayana did not go on forever. It was just a two-year run.  It must have awakened something that was already there.

So in this new world, when the time comes, Advani still sets off on his rath yatra. He gathers followers, although perhaps not as many. Vajpayee never comes to power, but the BJP grows in strength. Without the prestige of the PM’s chair, Vajpayee is eclipsed by Advani, leading to a purer, stronger, surer BJP. Advani fights his last election in 2014. The country is still not ready to trust him, but it cannot stomach Pappu. A motley coalition led by Mulayam Singh Yadav comes to power. The country is in for a rough six years.

The BJP is strong, and sitting in the opposition. Advani passes the flame to Narendra Modi, who has risen through the ranks. The BJP gets ready for the electoral battle of 2019, with new inspiration, and a new slogan.