Book Review-Islam And The Future Of Tolerance 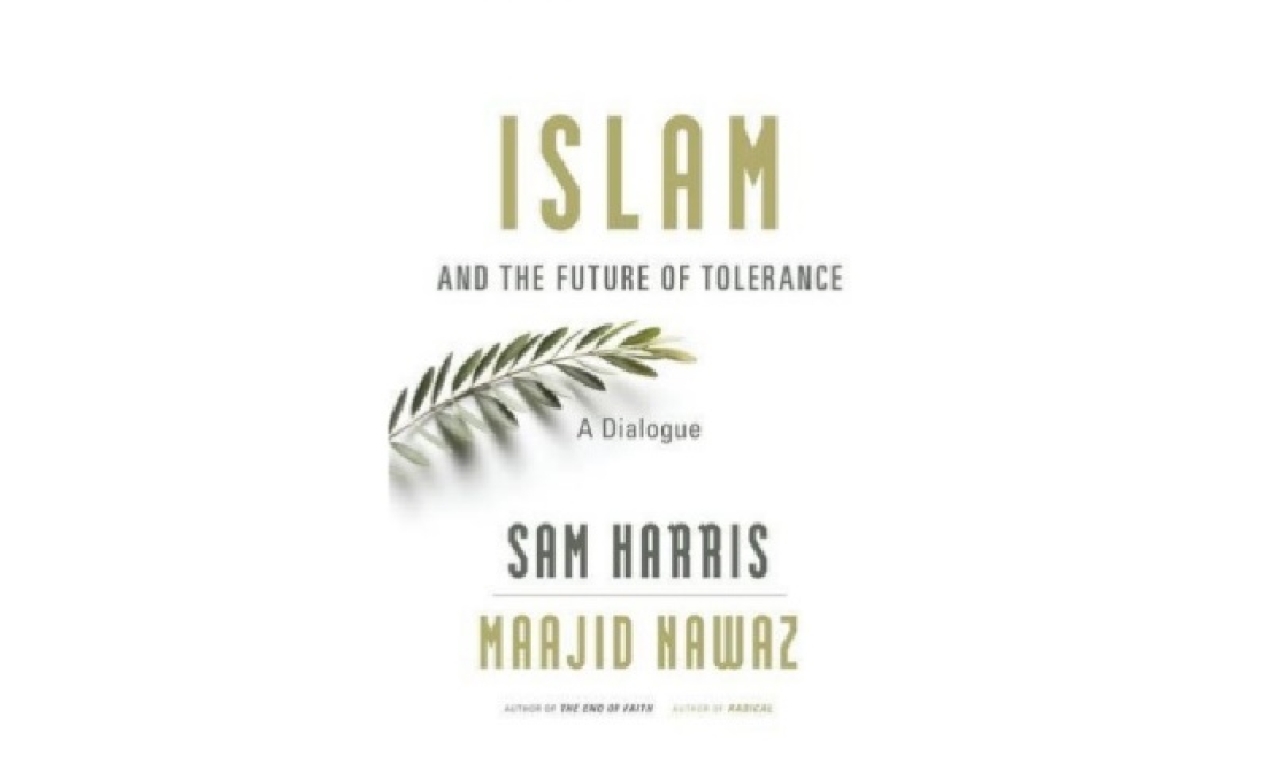 There is a strong association between contemporary violence directed against non-Muslims (especially religious minorities) and the guilty justifying their actions by copious quotations from Islamic scriptures and unequivocally expressing their desire to impose Sharia or the Islamic law in their respective geographic domains if not universally.

Yet, the dominant political and Left liberal academic position has been to dissociate the religious ideas of Islam from any religious violence.A UN Security council meeting expressing horror at the fate of “thousands of civilians (who) were at the mercy of Islamic State in Iraq and the Levant/Sham (ISIL/ISIS) or Da’esh” unanimously concurred that the events had “nothing to do with the message of Islam.”

Similarly, theories like Islamophobia in the West and communalism in India are used to insulate Islamic worldviews from criticism by inquiring minds, whether these are by liberal Muslims, ex-Muslims or non-Muslims and instead tend to portray critics of Islam as “racists”, “bigots” and “fascists”.

The violence in the Middle East has often been explained as unhealthy consequences of Western interventions, both pre and post colonial, in the Middle East along with imposition of “secular dictatorships” against the people’s will, the US support for Israel against Palestine and the general decline of the medieval prosperity of the Islamic world.

A project then for “reforming Islamic practices” which is the central message of this slim book envisaged as a dialogue between the atheist and Islamic critic Sam Harris and the Islamist-turned-Muslim liberal Maajid Nawaz, is deeply problematic since their suggestion implies a priori agreement on need for reform which is deemed unacceptable by the dominant political class and academic intelligentsia globally.

Harris strongly reprimands this large Western academic industry constituted by experts from humanities and social science departments who indulge in “apology and obfuscation” and “insist that we can never take Islamists and jihadists at their word and that none of their declarations about God, paradise, martyrdom, and the evils of apostasy have anything to do with their real motivations.”

Similarly, Maajid is disturbed by “regressive leftists” who abstain from criticism of “almost every fascist, theocratic, or Muslim-led dictatorial regime and group in the world” while nurturing a “poverty of expectation” from “minority (Muslim) groups, believing them to be homogenous and inherently opposed to human rights values.”

Maajid categorizes the Muslim world as being constituted by conservative Muslims – the dominant majority who while practicing most externalities of their faith including traditional approaches to gender relations and legal egalitarianism are reluctant when it comes to politicization of their public spaces; Islamists are religious extremists who desire to impose the most conservative interpretation of Islamic law or Sharia or their societies; and Jihadists are the extremely small minorities who seek violent imposition of Islamist objectives.

Maajid qualifies such categorizations as being “politicized, contemporary readings of Islam and jihad; they are not Islam and jihad per se.” This is a reasonable albeit not a very original interpretation. The apostate author from Islam, Ayaan Hirsi Ali in her book Heretic: Why Islam Needs a Reformation Now also similarly categorized Islamic society into apolitical ‘Mecca’ Muslims, political ‘Medina’ Muslims and very small agnostic and atheistic minorities. Maajid’s ingenuity is that he does not overlook the commonality in long term objectives in spite of the “differing approaches” of non-violent political Islamists and violent Jihadists which is the creation of a Sharia-compliant universe.

Maajid implicitly suggests that political Islamists prefer to “impose their views through the ballot box, biding their time until they can infiltrate the institutions of society from within.” Drawing an analogy from the Marxist concept of dialectic materialism and the establishment of the Communist state either through the prolonged natural unfolding of history or accelerated violent “direct action”,

Maajid views Jihadists as those aspiring for direct action for the attainment of their objectives unlike the political Islamists. Nevertheless, Maajid and Harris do not discuss the anomaly of explaining violence in Muslim nations compliant with Islamic Sharia laws since contemporary readings tend to gloss over traditional sectarian faultlines in Islamic societies and also ignore the limitations, if not impossibility, of political Islam in establishing lasting frameworks for non-violent transition of power especially in the absence of modern representative democratic processes. These processes are anyway held un-Islamic by majority of Islamists.

On the other hand, Islamists in multi-religious democracies or those who harbor aspirations for global hegemony are optimistic in attaining their goals since Muslims globally have the highest fertility rates rendering Islam the fastest growing religion in the world. Instead, from a purely Islamist worldview, the violent distractions caused by Jihadists is unwarranted since they attract undue attention to their demographic advantage with respect to other faiths.

Maajid pleads that only a sincere push by reinterpreting Islamic scripture for greater acceptance of pluralism followed by secular democracy segregating politics and religions and slowly imbibing other liberal values can truly reform Islamic society.

In contrast, Harris is apprehensive of any proposals for Islamic reform since he believes that the central message of Islamic scripture is inimical to pluralism and secularism and instead indulges in “demonization of infidels” and reducing “women (to) second-class citizens and the property of the men in their lives”.

The theological deadlock between reforming Islam by imbibing modernistic worldviews which may be antithetical to its original spirit which Harris alludes has been referenced elsewhere even in the Indian landscape.

The Indian Muslim historian Mushirul Hasan, almost two decades back, had lamented the indomitable challenge for modernists like him in calling for reform and reinterpretation since they were “pitted against a wide array of forces rooted both in history and in contemporary political practices…. confronted with entrenched religio-political élites who have zealously maintained that the so-called Muslim issues fall within their exclusive domain”

Moreover, Harris’s skepticism is unfortunately likely to be dismissed as another instance of “Islamophobia”. One reviewer Omer Aziz, lashes out at Harris for his “moral callousness” in being relatively nonchalant to the “hate crimes” experienced by Muslims in America and trivializing them as “tiny in number, often property-related, and still dwarfed five-fold by similar offenses against Jews.”

Aziz’s hyperbole is illustrative of the self-righteous Islamic polemicist who is unable to comprehend that from a global non-Muslim perspective, the idea of Islamophobia is irrational due to its spectacular insignificance when contrasted with Islamist persecution of non-Muslim minorities. The 100-odd anti-Muslim hate crimes which Aziz refers to pale in significance when considering that an estimated 1000 Hindu and Christians girls are forcibly converted to Islam annually in Pakistan while around 5000 Hindus are forced to annually migrate to India in order to safeguard their lives and honour.

In Bangladesh, discriminatory laws like the vested property act are used to dispossess Hindus of their ancestral lands while incidents of rapes and defilement of their religious places are frequently reported. The Islamic State has enslaved and raped tens and thousands of minorities in the areas under their control. There are also other major differences in the approach towards religious motivated hate crimes in liberal democracies compared to Islamic theocracies. Liberal democracies have no tolerance for hate crimes and have a legal framework to ensure swift justice to victims unlike the track record of most Islamic theocracies.

All in all, the plan for reform in Islam through reinterpretation of scripture may be a comforting delusion divorced from the socio-political contexts in which secularism arose in European society. To provide a single instance, the liberal Muslim theologian Maulana Wahiduddin believed that the original Islamic revelation had no place for murder of innocents and supported his assertion by citing Surah al Maidah 32 which says murder was justified only against those “who murder or spreading mischief in the land.”

Yet, from the perspective of the Islamist, deviations from the Sharia like denial of the Quranic revelation, practice of idolatry, polytheism and other pagan customs, the practice of secularism – equal respect and privileges for all citizens irrespective of their religious beliefs and practices, replacement of Muslim personal laws with modern progressive laws for promotion of gender equality and any attempt to restrict Islamic proselytization or permitting apostasy from Islam could be interpreted as the “spread of mischief.”

Moreover, reinterpretation would invariably require being pitted against the hermeneutical caliber of the Wahhabis or fundamentalists who believe themselves to be the original reformers cleansing contemporary Islam of undesirable accretions of rituals and traditions (including worshiping in Sufi graves in the Indian context) which explains the limits of scriptural reinterpretation in limiting extremism.

Societies tend to reform only when they perceive their current state of society to be undesirable. Hindu reform movements in the 19th century when confronted by the trenchant criticism of colonialists and missionaries understood the pressing need to elevate the social and educational status of women. The subsequent progressive reinterpretation of scripture and history and discovery of ancient pre-Islamic golden ages in the status of Indian women emboldened and provided popular validity to those reformist ideals.

However, the original impulse for reform did not grow out of reinterpreted scripture but instead out of critical engagement with a foreign society where the social status of women was accepted to be desirable by a critical mass of enlightened and influential native elite who persuaded the extant political leadership to initiate reform through legislation.

Several surveys in Muslim societies show that popular opinion is deeply suspicious of modernist initiatives including those which promote the idea of equal respect for all religions7. Paradoxically, modern and progressive societies inhibit rather than promote free speech and communication between Islamists and non-Muslims and often do not ensure zero tolerance for violence arising from “hurt sentiments” caused by “offensive speech”.

By unwittingly promoting Islamic supremacist attitudes and the status of Islam as an exceptional religion with messianic appeal which cannot be subjected to any criticism from non-Muslims, promoting Leftist narratives of Muslims being subject to unjust victimization by prejudiced non-Muslim majorities and explaining Islamist and Jihadist violence as being linked to root cause, if not legitimate socio-political grievances, there remains little scope for critical reflection and reform.

1. President Obama “Islamic state neither Islamic nor a state”

6. Extremism and the misinterpretation of Islam, Maulana Wahiduddin

7. “Muslims around the world agree that Islam is the one true faith that leads to salvation. Many Muslims also say it is their religious duty to convert others to Islam.”