Retelling Our Story Is An Act Of Preservation 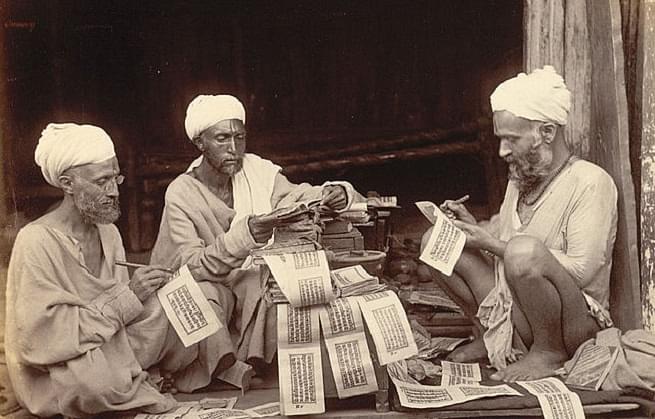 In A Long Dream of Home, the personal narratives of Kashmiri Pandits find a voice — a quarter century after they fled their homeland. In an email conversation with Antara Das, writer-filmmaker Siddhartha Gigoo and columnist Varad Sharma talk about editing this collection of memoirs, and what it means to process one’s own sense of loss and longing.

Q: Remembering is a political act in literature. Do you think there has been enough remembering of the loss of homeland for Kashmiri Pandits?

Varad Sharma (VS): Ever since I became conscious of my identity, I started researching about Kashmir and the aborigine Kashmiri Pandits. I would discuss it with my parents and elders. Then I began writing about it. While reading and researching, I noted that our stories have not been documented properly, especially about the exodus in 1990 and the subsequent exile. Remembering the loss of homeland has more been orally than in the form of writing – only a few books in English and a handful in Hindi and Kashmiri. This lacuna needed to be filled. Hence, A Long Dream of Home.

Siddhartha Gigoo (SG): Remembering is an integral part of one’s life, history, consciousness and identity. In the epigraph to Living to Tell the Tale, Gabriel Garcia Marquez says, “Life is not what one lived, but what one remembers and how one remembers it in order to recount it.” For me, the loss of ‘home’ is not the only loss which I remember. What we, as a community, have gone through is unforgettable. What we were made to endure (the persecution and the banishment from Kashmir) can never be forgotten.

It is this burden of history which I carry. I live with this burden every day. To remember and to recount are important because the future generations of our community will want to know what happened to us. If we don’t preserve what is on the brink of extinction, who will? Retelling our story is an act of preservation. This is how, years from now, the generations will know of their history, their ancestry. Thousands of people perished during the past two and a half decades. Many Kashmiri Pandits were killed by militants in Kashmir, and many died battling alienation, deprivation and diseases in camps in exile. This year, we complete a quarter of a century in exile. A Long Dream of Home is the first-ever book of memoirs of Kashmiri Pandits. It is through this book we exercise our inalienable right to narrate the truth of our exodus from Kashmir.

Q: A Long Dream of Home is a collection of memoirs and personal narratives of Kashmiri Pandits. How did you decide on the voices, who to include and who to leave out?

VS: It is not an easy decision to make as every story is important. Every Pandit family has a story different from the other, though it would look the same from the periphery. The struggles of Pandit families are similar yet they differ in their own way. We have tried to present different facets of narratives of Kashmiri Pandits – killings, terror, exodus, exile, education, remembrance. In the anthology, every memoir is distinct from the others.

SG: Many people sent us their memoirs. In each of these memoirs, there are several untold stories. Because of various reasons, we had to choose from what we received. We plan to bring out a sequel. No story should go unheard.

Q: Both of you, Siddhartha and Varad, are Kashmiris. How did your experiences/family histories colour this work?

VS: I hail from Akura, a village near Mattan (Martand) in Anantnag district. I was only a few months old when my mother took me to Jammu. It was December 1989. The armed insurgency against the Indian State was rising in Kashmir. My father was posted in Hiranagar, a small town in Kathua district of Jammu region, at that time. We couldn’t go back to our home again as the situation had worsened. Back in Akura, my grandparents stayed till April 1990 with the hope that conditions will change. But the state of affairs in Kashmir was only deteriorating day by day. On 14 April 1990, they left Kashmir, never to return. My grandparents joined us in Hiranagar. We lived there for several years before moving to Jammu. My grandparents passed away in Jammu with the unfulfilled desire of return back to home.

I have inherited the memories of Kashmir from my parents, grandparents and relatives. When I was writing my own memoir, I realized again what Pandit families including ours have been through. There is deep-rooted pain, anger and sense of betrayal.

SG: It is difficult to sum up my family history in one paragraph. However, let me try. We lived peacefully in Srinagar till 1990. In 1989, some unknown militants terrorised us. One militant had a pistol in his hand. Can you imagine someone armed with a pistol knocking at the door of your house? The militant said, ‘This is the house of the professor,’ referring to my father who taught at a college there. Our names could have been on a hitlist. Many Pandits were killed in our locality. Our neighbours and well-wishers did their utmost to reassure us, but they also said we should leave because it was dangerous to linger on. I studied in a camp school. My grandfather battled Alzheimer’s for four years and died miserably. My grandmother, too, died, longing to return to her home in the land of her birth. I can go on and on. Some parts of what I have to say is in my memoir titled ‘Season of Ashes’ in A Long Dream of Home.

Q: Given that you are painfully close to the narrative, what was it like to compile this collection?

VS: Documenting the stories and compiling the memoirs of my own community has only increased my quest for researching about Kashmir – its past and the present. While working on the book, Siddhartha and I came across chilling narratives which are hardly known. When the book comes out, you will see. Further, I believe there are many untold stories and narratives which need to be documented. As I mentioned earlier, a quest for Kashmir!

SG: Working on this book was a life-altering experience. I realised that I should have maintained a journal during the past two-and-a-half decades. As I remember and recount a particular incident, the memory of other incidents lights up. As editors, reading the memoirs, listening to the stories of the authors broadened our own horizons. We got to know what others faced and how they lived all these years.

Q: You’ve talked to a cross section of those internally displaced. Do they want to go back and resettle in specially arranged accommodations, as the government recently announced? Do they expect reconciliation, or fear reprisals?

VS: Kashmiri Pandits have a right of home in Kashmir. Of course, many want to return. For the resettlement of Pandits in Kashmir, creating a safe environment for them is requisite. That environment will be created when Syed Ali Shah Geelani, Yasin Malik, Bitta Karate and their ilk will be prosecuted for their role in the 1990 exodus of Pandits. No one talks about justice for Kashmiri Pandits. Before resettlement comes justice. There should be a sense of security for Pandits in Kashmir.

Talking about the resettlement of Pandits in Kashmir, where will the Kashmiri Pandits go? The homes of majority of Pandits were either burned, or pillaged, or encroached on. Many Pandit families have sold their properties under duress when they were living in exile. Has the government discussed the return arrangements with Pandits? The problem is the government, whether Centre or state, announces some measure without taking the community into confidence. The government talks very much but nothing changes on ground.

About reconciliation/reprisals, Pandits and Muslims are amicable at an individual level but that is not the case at the community level. Reconciliation will happen only when the majority Muslims acknowledge their past mistakes and shun the separatist and Islamic fanatic outfits. I don’t see that happening in the near future.

SG: The people of Kashmir must create conditions for the Pandits to go back. They must visit the camp-dwellers and work towards rebuilding the trust. They must start an initiative of re-construction of homes for Pandits. They must shun separatism. They must banish elements and vested interests who seek to deny Pandits their homeland. Much depends on the youth. But first they must read A Long Dream of Home to know what Pandits have gone though. They must acknowledge our suffering as we acknowledge their ordeals. One must not lose hope even if the odds are against it.