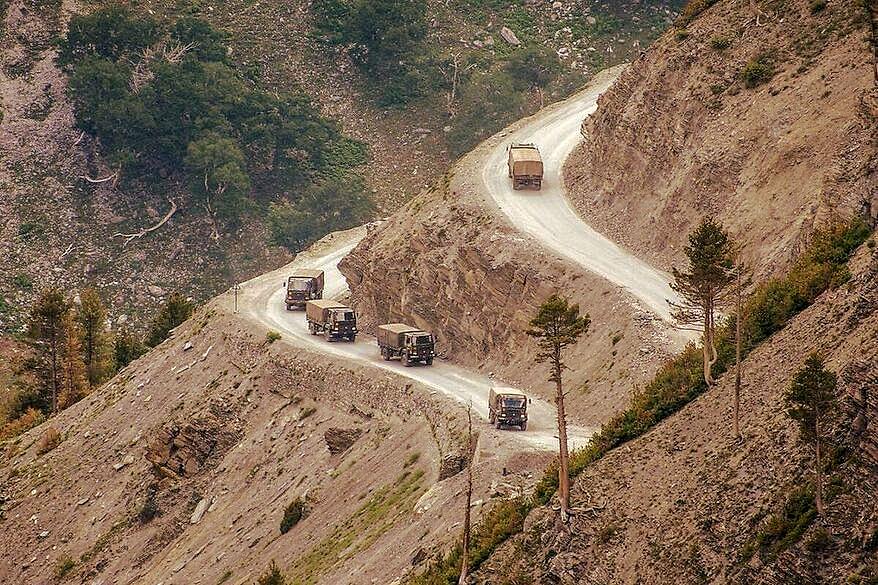 The Panagarh-based 17 Mountain Strike Corps of the Indian Army has reached Arunachal Pradesh for exercises to test its Integrated Battle Group (IBG) strategy, a report by Snehesh Alex Philip in ThePrint says.

India now has two offensive formations oriented against China. At the peak of tensions in eastern Ladakh, the Indian Army had reoriented 1 Corps, earlier focused on the western border with Pakistan, to the Line of Actual Control with China under the Northern Command.

The development comes at a time when the People's Liberation Army (PLA) of China has increased its presence along the Line of Actual Control in the eastern sector of the boundary, from Sikkim to Arunachal.

A report in the Hindustan Times on Tuesday (26 October) said the Chinese have intensified patrolling along the frontier in this sector. The PLA has also increased area domination patrols in the area, aimed at improving its control suppressing activities of the other side.

The increased Chinese activity has been picked up because of heightened Indian surveillance along LAC using satellites, unmanned ariel vehicles and intelligence, surveillance and reconnaissance systems, among other things, the report says. Earlier this month, reports said the Army had brought drones under the Aviation Corps from the Artillery to form a single cohesive unit for improved surveillance.

To deal with the Chinese threat in this sector, the Indian Army has significantly beefed up its firepower with the deployment of M777ultra-light howitzers of US-origin and Bofors guns.

Training is “going on in moving guns [M777 howitzers] from one sector to another with the Chinook helicopters," Lieutenant General T K Chawla, Director General Artillery, had said at a press conference on 27 September, a day ahead of the Gunners’ Day this year.

Indigenously-developed Pinaka multi-barrel rocket launchers (MBRLs), along with the older Smerch MBRLs of Soviet-origin, have also been deployed by the Indian Army in the eastern sector of the LAC. BrahMos missiles deployed in the sector give India the capability to target Chinese forces, assets and infrastructure deep inside Tibet.