The Five Highlights Of Manohar Parrikar’s Tenure As Raksha Mantri 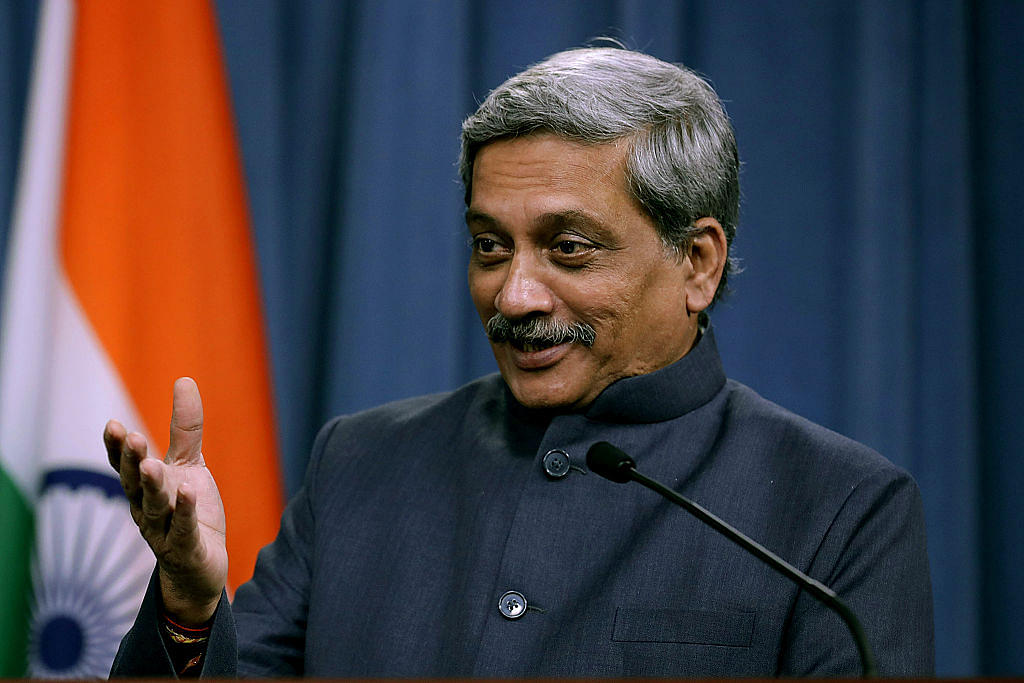 The passing away of Goa Chief Minister Manohar Parrikar has brought back into limelight his stint as India’s Defence Minister. His tenure, which lasted two-and-a-half years, was a short one, a small part of his illustrious career as one of the most prominent figures in Goan politics and four-time Chief Minister of the state.

When Parrikar came Delhi, Finance Minister Arun Jaitley had the additional charge of the Defence Ministry, and the Narendra Modi government was being accused of not being serious about defence. As the first full-time Defence Minister in the Modi government, much was expected of him. The country’s procurement system was in shambles, multiple deals had been hanging fire for years and various scams that emerged during A K Antony’s seven-year-long tenure, the longest ever for a defence minister had cemented the perception of the MoD as the place where the shadiest deals are made.

By 2017, when Parrikar returned to Goa to lead the fragile coalition put in place by the Bharatiya Janata Party to hold on to power in the state after Congress emerged as the single largest party, quite a lot had been fixed.

One of Parrikar’s most important contributions was the rejig of India’s blacklisting policy aimed at firms which resorted to bribery to get their way. Until he took over, the MoD used to impose blanket bans on companies, or even the conglomerate they belonged to, in response to complaints, or mere suspicion. And this proved disastrous for India’s already broken procurement system.

Example: the ban on the Finmeccanica group to punish AgustaWestland. Once the scam surfaced during the United Progressive Alliance ear, the then Defence Minister, Antony, banned not just AgustaWestland, the maker of the helicopters, but the entire group - Finmeccanica - of which it was a part.

This whimsical blacklisting ended up costing the Indian Navy dear, which had to operate its Scorpene-class submarines and nuclear submarine INS Arihant without heavyweight torpedoes. Why? Because the torpedoes contracted for were built by WASS (Whitehead Alenia Systemi Subacquei), a subsidiary of Finmeccanica.

Torpedoes are a submarine’s principal weapons systems for attacking and defending against enemy attack. At the moment, the Kalvari class submarines and INS Arihant are relying on the old, unreliable torpedoes for operations.

The blanket ban on Finmeccanica group also adversely affected the procurement of shipboard radar that was to be fitted on the indigenous aircraft carrier INS Vikrant and purchase of anti-aircraft guns for warships. This equipment was to be bought from companies part of the Finmeccanica group.

India’s blanket approach to blacklisting over the years narrowed its own choice of weapon platforms, leading to the creation of indirect monopolies and single-vendor situations where India had to cough up more than market rates.

It was during Parrikar’s tenure that the government took a hard look at this policy. The new policy put in place by Parrikar does away with blanket blacklisting and replaces it with tough financial penalties on firms found guilty of wrongdoing. The new blacklisting policy says that companies will be blacklisted only for one year at a time, if required, instead of the UPA-era norm of ten years at a go, with fast-track investigations into the charges against them.

2) New Procurement Policy with a push for Make In India

Even as he found ways to declutter the process of much-needed acquisitions from foreign vendors, Parrikar pushed for indigenisation. It was under him that a new Defence Procurement Policy was put out. One of the most significant changes in the policy was the introduction of a new category for procurement in the MoD called Indigenously Designed, Developed and Manufactured (IDDM).

The Advanced Towed Artillery Gun System (ATAGS), which the ministry says will be “the mainstay of artillery in the near future”, are being built under this category. The designing of ATAGS has been overseen by the Defence Research and Development Organization (DRDO) and two private firms - the Kalyani Group and Tata Power - are manufacturing it. Furthermore, Acceptance of Necessity has been accorded to 164 proposals worth Rs 2.8 lakh crore under IDDM and other Make in India categories.

It was Parrikar who convinced the Indian Air Force, which was unimpressed with the Tejas, to consider the Mark 1A version of the aircraft as a stopgap. Reports say the programme gained momentum when Parrikar decided to throw his weight behind it and ‘cut through a Gordian knot that bedevilled its production.’

The MoD greenlighted the purchase of 83 Tejas Mark 1A fighters for the IAF in 2017. This has taken the number of Tejas fighters in the pipeline for to nearly 120, enough to replace the existing fleet of outdated MiG-21s in IAF’s service.

The fighter was given Final Operational Clearance at Aero India 2019.

Although the introduction of One Rank, One Pension scheme has only added to the growing pensions bill, Parrikar deserves credit for seeing through this complicated, long-standing demand of veterans. It was during his tenure at the MoD that the modalities of the scheme were worked out.

When the National Democratic Alliance came to power, the Rafale deal had been hanging fire for years. Just months after he joined the MoD, Parrikar cancelled the Medium Multi-Role Combat Aircraft tender.

A new deal for the purchase of 36 Rafale fighters from Dassault Aviation was negotiated during Parrikar’s tenure. As papers of the MoD reveal, Parrikar was fully involved in the process. At one point, MoD papers show, he dismissed assertions by some officials that the Prime Minister’s office was interfering.

“It appears PMO and French President office are monitoring the progress of the issue which was an outcome of the summit meeting. Para 5 appears to be an over reaction,” Parrikar had written on the file in response.

The first Rafales will be delivered to India starting September this year.