A Case For Payroll Growth: Why Jobs Study By Ghosh And Ghosh Must Be Viewed Objectively 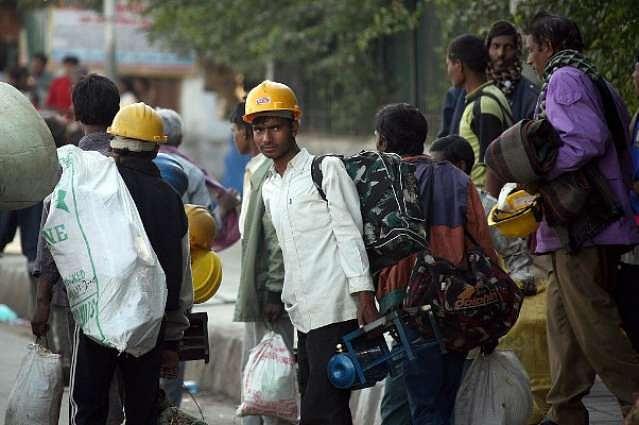 My friend Bala forwarded me the article by P Chidambaram on the jobs study by Ghosh and Ghosh. This is not so much a rebuttal of his column as a general comment on the controversy.

That those who deny or wish to deny or those picking holes in the work of Ghosh and Ghosh are Modi-detractors is an interesting thing to observe.

Therefore, it would be a fallacy to attribute the results of payroll growth estimated and reported by Ghosh and Ghosh to the National Democratic Alliance (NDA) government. It may well be the case that this payroll growth that they have estimated has happened in spite of NDA policies. After all, this government has been anything but pro-business. Income tax raids, searches and seizures, the government’s slow response to bank bad loans, its imposition of price controls, its creation of anti-profiteering authority and its failure to honour its promise to lower corporate tax while removing ad-hoc tax exemptions are testimonies to its unhelpful attitude towards enterprises, especially large ones.

So, it would help many commentators to view the work of Ghosh and Ghosh a lot more objectively if they remove the political glasses they wear.

At the same time, the logic of asymmetry would also result in the acceptance of the fact the economic boom of the years between 2004 and 2008 was not the doing of United Progressive Alliance (UPA)-1 regime but the economic travails of 2010-2014 were the consequence of UPA-2. It is elementary, my dear Watson. Governments cannot help much but they can hurt. UPA-2 hurt while UPA-1 was simply lucky. RBI Industrial Outlook Survey showed that incorporated manufacturing enterprises really slowed down their hiring or even shed labour in the UPA-2 years between 2011 and 2014. The charts are available in my Mint column.

In fact, if looked at PMI (Purchasing Managers’ indices) surveys of the years between 2011 and 2014, we see that economic activity had decelerated considerably in those years. Therefore, there is reason to believe that CSO growth estimates for those years are vastly overstated. The headline PMI values for those years suggest that there was substantial jobs erosion in those years among both manufacturing and services enterprises. One needs to look at the sub-index on employment to state this with greater confidence. Data are awaited.

Now with politics out of the way, we can examine the work of Ghosh and Ghosh a bit more objectively. They were measuring or attempting to estimate payroll growth in India in 2017-18 in the organised sector which includes the government too. With a very large informal sector, no one claim to know or even estimate job creation in the entire economy in real time. It takes a few years.

Some of the facile criticisms of their work are sloppy because such criticisms give the impression that they had not bothered to even glance through the paper available for free download. Ghosh and Ghosh exclude those who became part of Employees' Provident Fund Organisation (EPFO) under the amnesty scheme that the government announced. They only focus on 18-25 year olds. They exclude cases even if one payment was missing. They acknowledge the possibility that an organisation having 19 informal employees could become formal when it hires the 20th employee and start paying into EPFO. Then, the entire 20 would show up as new formal jobs created. They are aware of it. They have two responses to that. One is that they think that this problem is not a significant one and two, they contend – with considerable justification – that their exclusion of those aged 26 and above mitigates this risk of exaggerated statement of job creation.

Now, just to prove the politicisation of the argument, let us imagine that all the jobs that Ghosh and Ghosh reckon were created in the formal sector were jobs that already existed as informal jobs and were merely re-labelled as formal sector jobs because they began contributing to EPFO. That would still be a significant development. Economic Survey 2012-13 reported that around 80 per cent of the informal jobs had no written contracts. Obviously, formal jobs with no written contracts cannot exist. So, if several millions of informal jobs had turned formal, then certainly the level of protection that such jobs enjoy has gone up. The compensation and benefits such jobs earn will also have gone up. These will contribute materially to the living standards of not just those holders of formal jobs but also of their families.

Of course, we know that this is only an extreme thought experiment and that, in truth, there has been significant payroll growth in the organised sector. How do we know that? First is the work by CLSA. Mahesh Nandurkar, the India strategist at CLSA, had estimated that 900 large listed companies had grown their payroll (not contract hiring) by 4 per cent in 2015-16 and in 2016-17. That is formal jobs creation. That is an increase of 400,000 on corporate payroll.

Second, RBI Industrial Outlook Surveys over the last two years point to a definite uptick both in hiring and in hiring intentions of the manufacturing companies covered in their survey.

Third, if indeed scores of informal jobs were destroyed or lost in 2016-17, wouldn’t the country be under greater siege than it is, now? It must be the case of the dog that did not bark. It did not bark because there was nothing to bark at.