Auctions Are The Only And Best Way 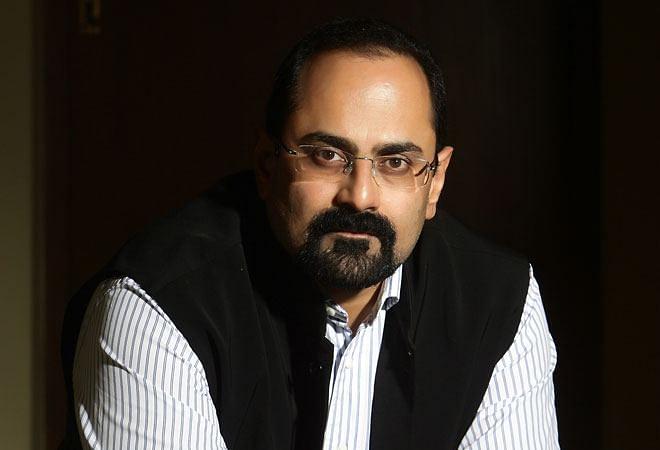 Indian politicians are known for their rhetoric and tall claims. If there was a book on recent history and if it mentioned what politicians said in the past, it would be difficult to flip through the pages and not to shake your head and wonder, “what were they thinking?”

Through some strange twist of fate, a number of these politicians gained their infamy in the hallowed portals of the Ministry of Telecommunication – the most recent one being Kapil Sibal after his ‘zero loss claim’ in the face of the biggest telecom scam ever.

The recent successful auctions of spectrum and coal blocks are significant metaphors on how far the country and its governance has come from the dark days when a few crony businessmen and their friends had captured spectrum, coal blocks and in a general sense, public assets and contracts. The change in the central government’s approach towards these public assets is a transformation and it’s useful to remind ourselves how we got here from where we were.

Way back on 12th May 2007, when as a still fresh MP, I started raising this issue of spectrum auctions, I was dismissed as a former telecom entrepreneur who had an axe to grind. Despite repeated efforts, I found little or no support for the proposition of auctions being the best way to deal with spectrum requirements. Expectedly, the opposition to this from the industry was fierce since they were being asked to pay more. But strangely many ‘experts’ in the media opposed it, based on the theory that this would drive up prices for consumers, despite no evidence or economics supporting it. That was then. Now, after a few recent events, we have evidence of how easy it was for corporate interests to influence many business journalists.

But for all the heavy forces aligned against my proposition, there were many in media and government who were trying to focus the spotlight on the dysfunction and brazen loot.

I started with my series of  letters on the issue with one in 14th November 2007, even before UPA-I started its license granting spree. I wrote:

“all decisions relating to spectrum allocation must pass the twin tests of public interest and transparency to the fullest.” – “that in any allocation of spectrum – it was known that fresh licenses would be issued in the next few months – two questions were critical. First, why was the government charging a price that was discovered through a tender process six years ago in 2001? Second, why were issue of licenses not following a tender (akin to auction) route?”

On 26th November, 2007, I wrote to the then telecom minister, A Raja, and asked for a commitment from the minister that:

“DoT will immediately amend the existing policy and the 2005 guidelines to ensure that all future licenses/spectrum shall only be through an open, transparent multi-round bidding process.”

“there is a need for a comprehensive public policy when it comes to commercial terms of monetization of public assets like spectrum, minerals, natural resources, etc – i.e. a public policy that should be based on a simple objective and test of ensuring maximum benefits to the exchequer and public.”

The lack of interest in the media at that time still astounds me. There were a few journalists who wrote bravely about this – running counter to the love affair that media was having with the Manmohan Singh government. Indeed, one of the journalists who was reporting the scam in its formative years was forced out from her job.

The catalyst to the unearthing of the scam to the public was the November 2010 CAG report.This work by the CAG will go down in history of Indian governance as “the catalyst”. The media could no longer ignore the issue, causing a series of actions like PILs and Supreme Court orders that had the cumulative effect of getting the nation talking about this. And with that, the status quo had been demolished once and for all.

A few months on, the coal block scam exploded and the then Finance Minister Chidambaram tried his “coal is in the mother earth” theory to debunk CAGs coal report. I have no doubt that both these ministers with their terrible defenses further accelerated the process of the courts intervention.

The Supreme Court’s decision on the 2G PIL and its order on the Presidential reference put to it by Sibal and Co, further created the framework that is in place today. In early 2012, the Supreme Court judgment ordering the cancellation of Telecom licenses said:

“Natural resources belong to the people but the State legally owns them on behalf of its people and from that point of view natural resources are considered as national assets…. However, as they constitute public property/national asset, while distributing natural resources, the State is bound to act in consonance with the principles of equality and public trust and ensure that no action is taken which may be detrimental to public interest.”

It added that auction was the best way to allocate natural resources, be it oil and gas, spectrum, or coal.

So, a process that started in 2007 with myriad twists and turns, obfuscation and, denial, ends with the current successful spectrum and coal block auctions. These auctions are a slap in the face of all those that opposed auctions all these years. The auctions have earned over 3 lakh crores for the government. But, more importantly, made the entire process transparent and equitable. Think and think again what would have happened if auctions weren’t there! This money would have been in the account of a few businessmen and their political friends. Instead, those 3 lakh crores today are public money – for investment in health, education, social security, poverty programmes.

Rajeev Chandrasekhar is a Member of Parliament &amp; Technology Entrepreneur.
Get Swarajya in your inbox everyday. Subscribe here.
Tags: