How Congress Enshrined Sectarianism In The Education Sector 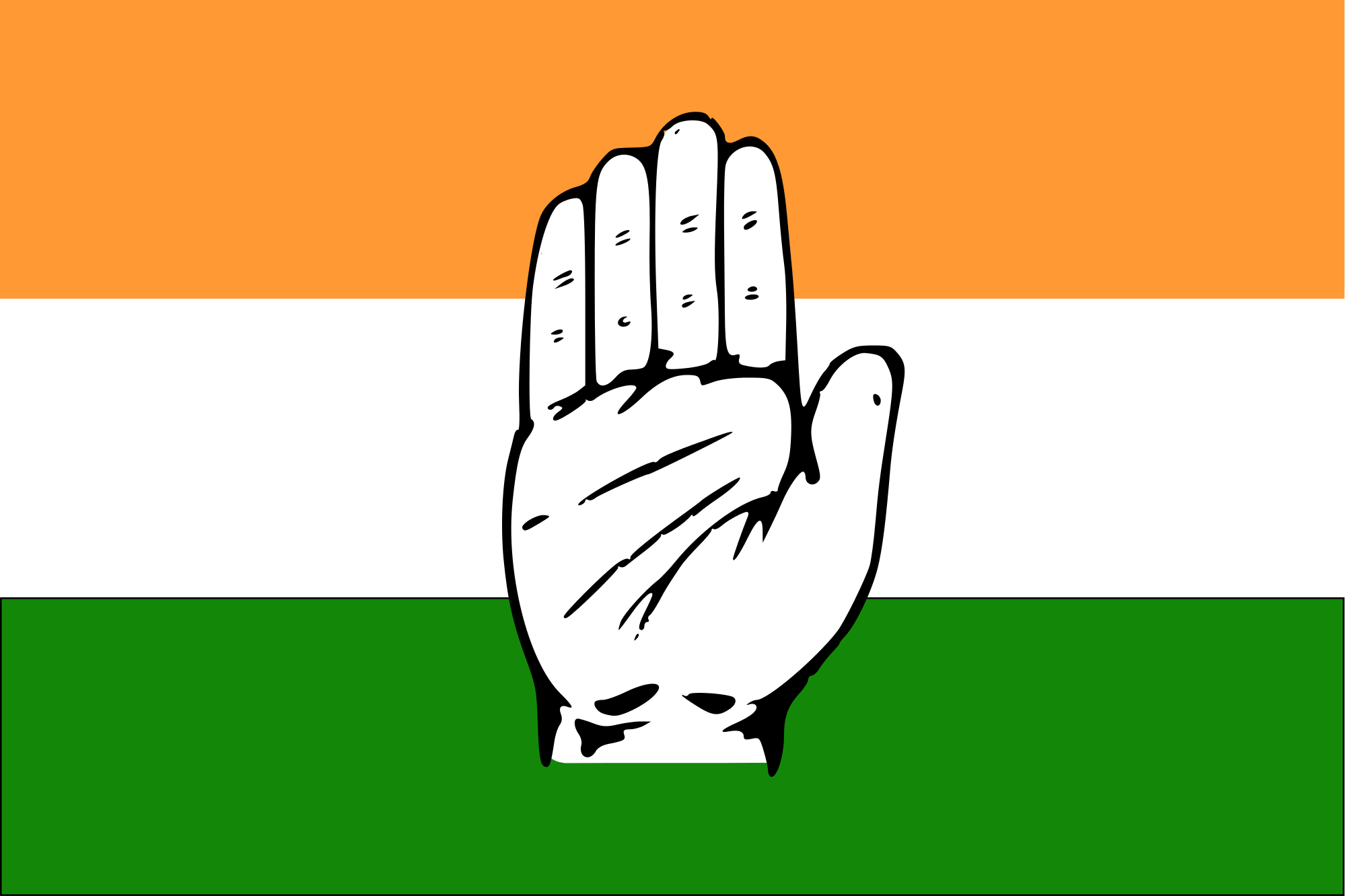 A Brief History of the 93rd Constitution Amendment

Early 2005 was a time of joyous celebration in the Congress Party. They had just upset the BJP led National Democratic Alliance at the polls. Their allies DMK and the Communists had pulled off spectacular wins in their states.  Sonia Gandhi was in firm control of the Congress party and none of the smaller allies had any big ticket ambitions. They could be placated by a few sectarian concessions, relaxed prosecution, or providing them corruption opportunities. It seemed like the dark days of the Hindutva agenda under Vajyapee were truly over.

However, under the covers, one critical problem loomed that needed urgent fixing. Strategic thinkers of the establishment realized that the principal canon of the “Idea of India” was damaged beyond recognition under BJPs rule.  That of the state to run outright communal preferences in the domain of education.

Judicial blows to the Idea of India

The Indian state has grappled unsuccessfully with the issue of education ever since its inception.  The question that most concerned everyone during the 90’s was how to regulate the rapidly proliferating private education space.  After a series of over eager judgments in Mohini Jain and Unnikrishnan it became abundantly clear that the government alone was not in a position to fulfil the education needs of the people and running the private sector into the ground (such as in Mohini Jain) would backfire.  Faced with this reality various state governments resorted to biting off a part of the private capacity and using that to advance its social objectives. Almost immediately this ran into the minority issue as well as issues related to fees and cross subsidies. A number of these questions  accumulated and the need to settle this once and for all was felt by everyone. The opportunity presented itself in a case called TMA Pai Society vs Union of India.

Eleven judges of the  Supreme Court, the second largest bench after the 1973 Kesavanada Bharati’ thirteen judges would hear the education and minority issues and settle the issues once and for all.  The hope was this large bench would not be encumbered by the earlier nine judge bench in St Xaviers v Gujarat.  I wont go into the details of TMA Pai but the 11-judge bench delivered its verdict in 2002.  The split was roughly 7-4 on a number of questions; but even the 4 dissenting judges agreed on a number of the framed questions. The most shocking part of the judgment was the following.

Private education institutes established by minorities and non-minorities were held to be on equal footing.  Hindus could enjoy the exact same rights under Sec 19-1(g) that the minorities did under Art 29/30.

This may seem like a no-brainer decision to us or to a western liberal observer but this kind of parity is anathema to the Idea of India. The best evidence for this came recently when Fali Nariman spoke at the National Minorities Convention. Sample this :

The decision in TMA Pai was a un-mitigated disaster for the minorities. Let me tell you why. Article 30 (the right of minorities,religious and linguistic to establish and maintain education institutions of their choice) has now been placed by Court decision on a much lower pedestal than it was – or was intended to be. It has been equated only with a fundamental right guaranteed under Article 19(1)(g)– i.e. a mere right to an occupation (running an educational institution the Judges said is an “occupation” like any other)

Fali Nariman speech at the National Commission of Minorities

Of course, It is not a question of lower or higher pedestal but that of parity with everyone else. Why would you not interpret that everyone is now elevated to Art 30 level protection ?

Post TMA Pai, there were a number of issues related to entrance exams, capitation, and such like that caused major confusion. Another constitution bench of 5 judges was setup under Islamic Academy vs Karnataka to clarify. They still left some vagueness in the questions related to admissions. Then a final bench of 7 judges was constituted for PA Inamdar v Maharashtra to further seal the issue.  A lot of questions got answered – a lot did not. But here is what happened.

The essential parity the court accorded to minorities and Hindus in the field of education persisted.  The concept of parity between Hindus and Minorities run educational institutions emerged unscathed after examination of large benches. First a 11 judge, then 5 judge, then 7 judge.  The final word :

In the opinion of S.B. Sinha, J, minority educational institutions do not have a higher right in terms of Article 30(1); the rights of minorities and non-minorities are equal. What is conferred by Article 30(1) of the Constitution is “certain additional protection” with the object of bringing the minorities on the same platform as that of non-minorities, so that the minorities are protected by establishing and administering educational institutions for the benefit of their own community, whether based on religion or language.

It is clear that as between minority and non-minority educational institutions, the distinction made by Article 30(1) in the fundamental rights conferred by Article 19(1)(g) has been termed by the majority as “special right” while in the opinion of S.B.Sinha, J, it is not a right but an “additional protection”. What difference it makes, we shall see a little later.

The final word in PA Inamdar came in August 2005.  It was now clear beyond doubt that the principle of parity to Hindus in education had just emerged unscathed from three big constitution benches.  It was settled. It was final. It was going to be the way forward for India.  I realize now that the ecosystem must have been inconsolable at this. How was the Sonia led Congress govt going to restore the minority preference over these epic judgments ?

The Congress govt just decided to, ahem.. simply change the Constitution of the great Republic of India.

The 104 Constitutional Amendment bill is born

After PA Inamdar came down in Aug 2005, minority preferences in unaided education had reached a judicial cul-de-sac. It really was game over. The Congress govt worked with great urgency to move a constitutional amendment bill that would obliterate the court judgments  The idea was to

– explicity exempt institutions run by minorities from it

– explicitly encode the exemption in Art 15(5) itself

The person selected by the party high command  to pilot such an outrageously divisive bill was none other than Arjun Singh – the Congress HRD Minister. They quickly added a new section in the Constitution of India called Article 15(5) which read.

The minority exemption was immediately opposed by the BJP.  Unfortunately they did not make an intellectually honest case as to why this bill was wrong. Instead they sought to include backward among minorities in their institutions. Also remember this was 2005, there was no social media. The mainstream media had absolute control of the discourse and they might have simply decided to suppress all dissent and continued with their propaganda. Regardless, it does seem that BJP put up a fight – however nominal. This is what happened.

– The BJP opposition was not very  sustained or principled.  In the end, the BJP voted for the bill and moved a separate amendment which extended Art 15(5) to minorities. That was predictably defeated

Since a large chunk of the top educational institutions are run in India by minorities – the bill predictably hurts the Dalits by shutting them off elite professional colleges. For example in Kerala minorities run 14 of 18 medical colleges. This is the clearest proof that the Congress party which claims to fight for Dalits will only do so when it does not come into conflict with Christians and to a lesser extent the Muslims. (Only because among minorities Christians run a much larger chunk of education than Muslims do).  A forum of SC/ST parliamentarians raised this issue and a delegation appears to have met the Prime Minister. They finally seemed to have been assured by the Prime Minster Manmohan Singh that their concerns will be taken care of. Of course , we know now that he really wasnt in control of anything. This fizzled out and Dalits still dont have quotas in aided or unaided minority institutions. Hope the BJP leaders involved in those days speak up now in detail. Details are scant in the media.

In the end, on Dec 22 2005  the 93rd Amendment was passed. The Constitution of India was changed. Years of effort of huge benches, dozens of lawyers, thousands of hours of arguments were obliterated.  Minorities were once again restored to a preferred status when it came to the issue to education.

Validity of the bill

One of the reasons I wrote this article was to highlight the need to understand the 93rd amendment.  A good summary of details can be found on this blog as well. Quite naturally this 93rd Amendment was challenged.  While hearing the OBC quota case Ashok Kumar Thakur v Union of India. the court noted that they would not hear challenge to the 93rd amendment until the Centre passed a law that depended on it.

That opportunity to test the 93rd amendment against the “Basic Structure” came in 2010 in the form of the Right to Education Act. This was a law that exercised the 93rd amendment by imposing on private educational effort while exempting those schools run by people born as minorities. Remember that the quanta 25% is arbitrary – there is absolutely no protection upto 49.5%. Even that is crumbling.  An earlier bench hearing a challenge to the RTE Act  involving Rajasthan Private Schools did not go into the constitutional question. I can only guess because that was only a 3-judge bench. Eventually they did constitute a 5-judge bench to hear the RTE Case in 2014 involving a large number of petitioners under Pramati Educational and Cultural Society.

On May 9th 2014, a week before Narendra Modi led BJP swept into power on a massive mandate – the 93rd Amendment was held to be constitutional by a 5 – Judge bench in Pramati Educational & Cultural … vs Union Of India & Ors 6 May 2014

While departing, the Idea of India ecosystem had managed to secure its crown jewel.

This is where we stand now.

Fallouts of the 93rd amendment

Post the 93rd amendment, sectarianism in education has taken deep root. Minority colleges have flourished. Even aided minority colleges are exempt from quotas that are applicable to fully unaided Hindu run colleges.  The trajectory of the education scene can be best illustrated by a Jan 2014 judgment in Madras High Court  Federation of Catholic Faithful vs State of Tamilnadu Jan 2014

In the light of the above said judgment, even in respect of aided courses run by minority colleges, there cannot be any direction to follow the rule of communal reservation.

Next week we shall talk about another crucial case.