How The Thoothukudi Sterlite Plant Closure Has Affected Local Economy 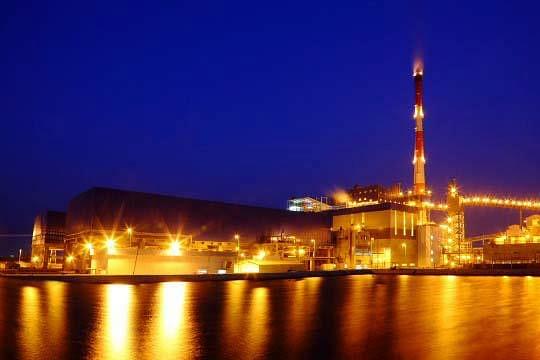 For S Rajendran, Diwali this year was a difficult one. He owns 60 tanker lorries in Thoothukudi that were contracted to carry acids from Sterlite copper plant, owned by UK-based Vedanta Group, in the city.

With the Tamil Nadu government ordering the closure of the copper plant on 28 May on alleged grounds of causing pollution, his fortunes were hit badly. “All my vehicles are 8mm thick tankers that fetch a premium rent. The plant’s closure has made it difficult for me to make ends meet,” rues Rajendran.

Sterlite produced copper primarily but it also supplied sulphuric acid, phosphorus acid, gypsum as byproducts. Besides, the plant also supplied copper slag. Many industries in and around Thoothukudi were dependent on these products and they got these at competitive prices.

“Even now, my tankers can get these acids from Andhra Pradesh, particularly Kurnool and Kakinada. But they will have to wait for a week to get the required quantity. That is not economically feasible,” says Rajendran.

One of the problems that tanker owners like Rajendran could face is getting drivers. “We employ drivers from nearby Tirunelveli and Sankarankoil. If they were to be deployed to get acid from Andhra Pradesh, they can hardly earn Rs 10,000 a month and that is a far cry from what they earned when the Sterlite plant was functioning,” he says.

When the plant was functioning, and a when a ship calls at the Tuticorin port, a tanker driver would get Rs 700 per trip for transporting goods to or from the plant. “A tanker will make three to four trips a day. The problem is that over the last six months, at least 100 of the drivers and cleaners I had employed have become jobless,” says Rajendran.

The Tamil Nadu government shut the Sterlite plant after protests demanding its closure turned violent on 22 May. In the violence and ensuing police firing, at least 13 people were killed.

Even before that, the Tamil Nadu Pollution Control Board (TNPCB) had withdrawn its consent for the operation of the copper plant on charges that Sterlite violated air and water acts.

Vedanta appealed against the closure before the National Green Tribunal (NGT), which quashed the state government ad TNPCB orders, the closure was against the principles of natural justice. This was because the copper plant management was never given an opportunity to explain claims that they were causing air or water pollution.

Not just that, the NGT in its August 2013 ruling, cited its earlier injunction when it struck down a TNPCB closure order for an alleged leak. The tribunal said the Tamil Nadu government and TNPCB cannot cause “civil death” as sudden closure of an industrial unit will lead to far reaching economic, social and labour consequences.

The NGT’s observations seem true, going by the versions of persons like Rajendran. “You know, about 20 eateries in the parking lot of Sterlite and another 60 within half a km range of the copper plant have been shut since 28 May. For Thoothukudi, this Diwali was one of the worst in over a decade. No one among us could celebrate the festival,” he adds.

“Sterlite closure has taken us back by 15 years economically. Transporters, drivers and related sectors have been badly affected in the last six months,” says G Mahendran, who works as a supervisor with a transport operator.

On an average, a family needs to spend at least Rs 15,000 to make its ends meet including children’s education. “When we get only Rs 8,000 a month, running a family becomes difficult,” the transport supervisor says, adding that he at least has been able to manage with his savings.

“Some of my colleagues are forced to sell or pledge their jewels to make ends meet,” Mahendran says, giving a glimpse of the economic problems that Thoothukudi is currently facing due to the plant’s closure.

At least 1,000 vehicles are involved in loading or unloading at the Sterlite plant every day. “About 500 of these vehicles transport acid and over 3,000 drivers and cleaners depend on this for their livelihood,” Rajendran adds.

Even since the Sterlite plant was shut, no tanker travels to south of Tamil Nadu beyond Madurai because they are not assured of any load. “At least we had a decent income until May and were able to save for the dry days. But think of the daily workers. Their life is a struggle now,” regrets the transport supervisor.

The impact on the economy is reverberating across the city and region. “Suppose I had Rs 500 in my pocket, I would spend at least Rs 200 in nearby shops. Now such spends don’t happen and that can reveal the picture to you,” says another transport worker.

Not surprisingly then, a two-wheeler dealer says that sales were down at least 10 per cent during Diwali this year. A grocery shop owner says they are facing a liquidity crunch.

Local people say that Tuticorin owes its growth to the rapid strides that the Sterlite copper plant had made in the last few years. “The annual turnover of Sterlite is over Rs 22,000 crore. The plant’s closure has affected all sections of the economy,” says T Velsankar, president of Tuticorin Stevedores Association and joint managing director of logistics firm PSTS.

“At least Rs 500 crore direct business relating to logistics that was generated due to Sterlite has been hit. Besides, business at V O Chidambaranar Port too has been affected,” adds Velsankar.

“There has been a drop in the business that the VOC Port handles. One shipping freighter has closed due to poor business,” says a Thoothukudi industrialist.

Customs Commissioner K V V G Diwakar told a gathering of exporters in October that Sterlite closure has resulted in a loss of Rs 1,000 crore to the Customs Department. Sterlite pays this as duty for importing copper concentrate ore.

Last fiscal, the Customs Department earned Rs 4,400 crore revenue. With Sterlite being shut for a major part of this fiscal, the revenue could drop to Rs 3,400 crore.

Downstream industries, in particular, which depend on Sterlite for their raw materials are among the worst hit. For example, a firm functioning from near Sterlite depends on the copper plant for its sulphuric acid requirements. The value of Sterlite businesses to these associates or partners or industries is over Rs 1,200 crore annually.

The firm was getting it at Rs 4,000 a tonne until May this year. After the plant’s closure, the cost of sulphuric acid has nearly doubled. These firms operate on a very thin margin and the doubling of the raw material costs has aggravated their woes.

An industrialist, who doesn’t want to be identified, says the SPIC plant in Thoothukudi is forced to shut down now and then due to raw material shortage. The SPIC plant produces singer super phosphate and diammonium phosphate (DAP) by sourcing raw materials from Sterlite.

“Sulphuric acid has even gone as higher as Rs 12,000 a tonne recently, while price of DAP has been raised,” the industrialist says. What was earlier quoted as a price for a 50-kg bag is now quoted for a 45-kg bag.

As regards the main product copper that Sterlite produces, the situation can be gauged from the fact that it makes up 40 per cent of the total production in the country.

Leaving aside the 800-odd regular employees working in Sterlite or the 3,500 contract employees, there are over 20,000 people who get indirect employment through Sterlite operations. This includes those employed at the V O Chidambaranar Port.

In terms of economic loss, this could be huge, says another industrialist from the city.

A Thoothukudi resident sums up the economic loss for the city thus: “If we work out an average of Rs 10,000 as salary for over 20,000 people affected by this closure, together their earnings will make up Rs 20 crore every month.

“Say, if they spend half of it to buy provisions, garments and other things, it means at least Rs 10 crore of money has been lost by various business, which deal with these products and depend on these incomes.”

This makes it clear why suddenly there is unrest among the locals particularly from villages near the plant, demanding that the plant be opened. With the Madras High Court staying the reopening following the NGT verdict, the issue has now gone back to the Supreme Court with Vedanta appealing against the stay.