Listen To Hernando de Soto, Not Piketty, To Address the Inequality Issue 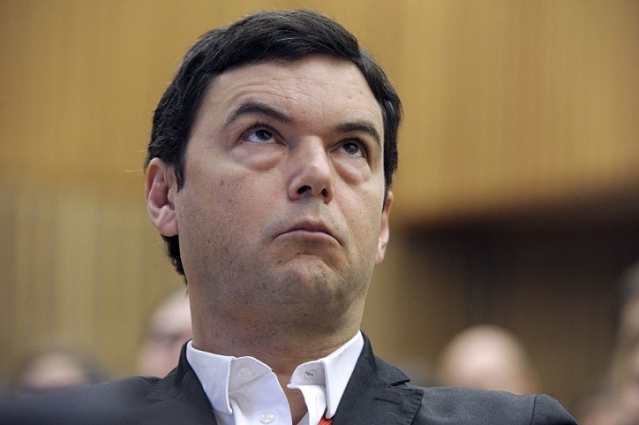 Indian policy makers tend to get overly influenced by western economists. In trying to address the very real issue of inequality in India , one hopes they listen to de Soto rather than Piketty.

Thomas Piketty wants the Indian government to tax more. He particularly wants the rich and the corporate sector to be taxed more. He believes this is one way of addressing the sharp and growing inequalities in India.

There can be endless debate – and inconclusive debate – on whether Piketty is right in his conclusions about inequality in India, with the same set of data being used to buttress or junk his line. But even those who disagree with Piketty only question his statements about the extent of, and trends, in inequality.

But if we leave esoteric data and Gini co-efficients aside, there is a perception that refuses to go away that inequalities in India are pretty sharp and that something needs to be done about it.But is getting the tax man to do that the right way?

Piketty has been tirelessly pointing out in interviews that India’s tax-gross domestic product (GDP) ration is at a pathetic 10.3 per cent. This is not Piketty’s lament alone; it is shared by many in India. Comparisons in this connection are always made with developed economies, where the tax-GDP ratio is upwards of 20 per cent. Barring China with a tax-GDP ratio of 10.4 per cent, according to World Bank data for 2012, others too did better – Brazil (14.4 percent), Russia (15.1 percent) and South Africa (25.5 percent).

Niti Aayog member Bibek Debroy, in a television panel discussion with Piketty, questioned this 10.3 percent figure. This, he says, relates only to central government taxes; if one added state taxes, the ratio goes up to 17 percent. It’s not clear if the World Bank data covers central and provincial taxes for other countries (it has taken only the central taxes for India; many other countries too are federal in nature) but assuming it is just central taxes for all, then the next question that arises is, what is the taxpayer base of those countries?

The Indian taxpayer base is pathetically low. Only 3.5 per cent of the population pays tax.  The Tax Administration Reform Committee (TARC) headed by Parthasarathi Shome had flagged this issue, pointing out that only 17 crore people had a PAN card and of these, only 3.6 crore file returns. Any increase in rates, as Piketty suggests, will fall, first, on this minority and second, on a section of this minority which is not that wealthy.

The TARC report notes that people in the lowest tax slab – up to Rs 5 lakh – account for 98 percent of the total taxpayers. The highest slab – over Rs 20 lakh – account for just 0.38 percent of taxpayers. No, this does not mean India does not have enough super-rich, but is probably a reflection of the fact that the wealth associated with them is not so much theirs as that of their companies. So on whom is a higher tax to be levied?

Would not a better way to increase the tax-GDP ratio, accepting the argument about it being low, be in widening the tax base? The TARC report cited the taxpayer to population ratio in some other countries – Singapore 39 percent, United States 46 percent, New Zealand 75 percent. Even the United Kingdom, had a taxpayer base of 30 million, roughly half its total population.

Even if agricultural income is kept out, the TARC report points out, the number of taxpayers can be increased to six crore, which is double the current numbers. It will be even more if super-rich farmers were also taxed. So this is what Piketty should be arguing for – get more people to pay tax, not get existing taxpayers to pay more.

Piketty also errs on another count – in blaming capitalism for rising inequality. His views play into the suit-boot image of capitalism and capitalists that Rahul Gandhi conjures up and will be used to oppose any further liberalisation.

But why not listen, instead, to what Hernando de Soto, the Peruvian economist author of The Mystery of Capital: Why Capitalism Triumphs in the West and Fails Everywhere Else, has to say. In this article in the Independent last year, de Soto questioned Piketty’s fundamental anti-capitalism premise.

His substantial work in developing countries, de Soto said, led to the discovery “that most people actually want more, rather than less, capital and they want their capital to be real and not fictitious”. Remember, de Soto does not work with just statistics but is involved with empirical issues relating to the poor in several developing countries.

De Soto agrees that capitalism is flawed but doesn’t believe this should lead to an anti-capital approach (much like our very own Raghuram Rajan), but instead to a more pro-markets approach. There is no denying that there is an unequal access to capital in India but while Piketty and his tribe will argue for more state intervention to correct this, de Soto favours an approach where the poor get more economic freedom. In this 2007 interview with this author during a visit to India, he criticised what he called “capitalism for a few” and said:

…if it is perceived as a system that does not provide opportunity for everybody, it will collapse. I favour a market economy that’s open to everybody, not as an act of faith, but simply because I don’t know of a better system.

He also says developing countries should not follow a western model of capitalism:

Capitalism or the market economy never looks exactly the same in any country; it has different cultural traits. Copycat movements of the west are unsuccessful. You have to have a local adaptation.

In fact, in the Independent article, he criticises Piketty for looking at inequality in developing countries through a western lens.

Indian policy makers tend to get overly influenced by western economists. In trying to address the very real issue of inequality in India (let’s leave the argument about extent for another day), one hopes they listen to de Soto rather than Piketty.