Project Sashakt: A Five-Pronged Strategy That Can Help Tidy Up The Bad Loan Mess 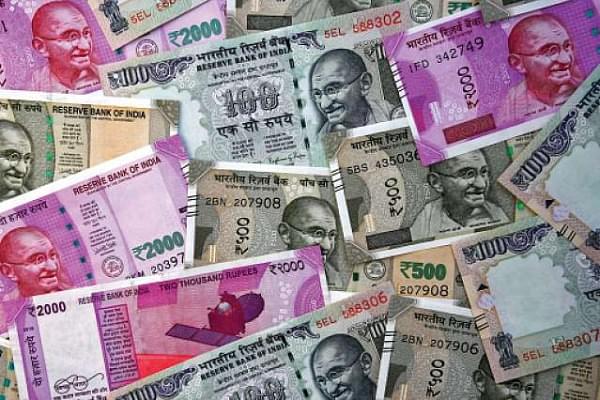 Mounting NPAs are a serious cause for concern (GettyImages)

The exponential rise in stressed assets in Public Sector Banks (PSBs) in the last two to three years has been under intense debate and discussion of late. All this is aimed at identifying the right strategies for sustained resolution. Reserve Bank of India (RBI) and banks have been working relentlessly to resolve the bad debt mess, more importantly, using the recently enacted Insolvency and Bankruptcy Code (IBC) 2016, but the outcome is yet to be effective. On the other hand, the magnitude of bad loans is rising constantly with new slippages reaching close to 15 per cent. Such a protracted state of stressed assets with its adverse impact on the functioning of PSBs led to the formation of a panel of public sector bankers led by Sunil Mehta, Non-Executive Chairman of Punjab National Bank.

Given the poor loan repayment mindset etched in the minds of most borrowers, it is very difficult to find a ‘quick fix’ to address the bad loan mess. Borrowers should realise the need to diligently respect the sanctity of the debt contract with the lender so that loans can be recycled for improving productive sectors of the economy. The legal provisions governing borrowings are now becoming rigid. The moment a bad loan is referred to the National Company Law Tribunal (NCLT), the entrepreneur will lose ownership of the entity. Such a provision has the potential to restore the sanctity of the debt contract. The Sunil Mehta Panel has considered various options to speed up stressed asset resolution.

The key recommendations disfavour the idea of setting up a “bad bank” but propose setting up of a separate Asset Management Company (AMC)/Alternate Investment Fund (AIF) for large-sized Non-Performing Assets (NPAs) of over Rs 500 crore. The theme of time-bound resolution is good, but its success will depend on the rigour of enforcement. The panel has very succinctly brought a detailed ‘Five Pronged NPA resolution framework – Project Sashakt’. This entails creation of an intra-bank vertical for template-driven resolution of NPAs up to Rs 50 crore, which needs to be resolved in 90 days. It is to be supported by a steering committee. This is akin to ‘One Time Settlement (OTS)’ scheme, which many banks follow at the first instance.

However, the creation of a separate vertical for managing NPAs of up to Rs 50 crores may be new. The second feature is an inter-creditor format of resolution of NPAs of Rs 50 crore to Rs 500 crore, led by a consortium of lenders, which is almost akin to formation of a Joint Lender Forum (JLF), now discontinued by RBI. The provision of approval by 66 per cent of lenders and a timeline of 180 days is also new. Guidance in this regard is drawn from the IBC format. Thirdly, the resolution of NPAs of over Rs 500 crore will move to the newly formed AMC/AIF. The most stringent condition is the need for AMCs to redeem the Security Receipts (SRs) issued to banks within 60 days. How recovery by the AMC can be enforced within such a short period of time is a matter for serious consideration. Fourthly, it also envisages invocation of IBC 2016 if other options fail. Fifthly, the creation of an asset trading platform for both performing and non-performing assets is envisaged. It can be an effective method of price discovery of dud loans depending upon their intrinsic value and depth of the trading platform. There is no ready secondary market for performing assets. It will be good if a market is created through this mode so that an early exit from certain loan accounts may be planned even to balance exposure to particular sectors.

Certain features in the resolution model are unique and innovative. Among them is focus on bank-level settlements for NPAs of up to Rs 50 crore with a dedicated vertical. But branches have to be empowered to accept high haircuts. Presently, the One-time Settlement (OTS) schemes of banks are very conservative and it is difficult to get settlements done. Many of them often fail to materialise. The biggest stumbling block is the inability of banks to accept haircuts at the initial stage. Ultimately, banks get less recovery at the end of the legal tangle or through the IBC process. It is better if such settlements are accepted at the initial stage itself. The uses of external experts to work out a resolution plan for loans of over Rs 50 crore and up to Rs 500 crore can also be another checkpoint to avoid easy restructuring of loans. This systemic check is also contained in RBI’s revised debt resolution framework. The recommended timelines are difficult to adhere to, looking at the experience of ongoing resolution through use of IBC. The asset-trading platform, if deepened, can create exit opportunities even for performing loans. The intention of quick timelines is to retain the value of assets and to help borrowers settle NPAs and get going with their business.

Operationalisation of the scheme requires a lot of homework at the bank level to evolve Standard Operating Procedures (SOPs) with action points and pin pointing granular timelines at each stage of the process. Internal capacity-building and training of teams is also essential. The broader objective is to retain the value of underlying assets and allay the sufferings of hapless small and medium entrepreneurs stuck with bad loans. Employment generation and protection of jobs are also inherent in the scheme of resolution. No debt resolution is possible without the cooperation of the borrower. Therefore, the borrower, once free from the delinquency, should be made eligible to avail of loans again with the banking system and not be barred from future borrowings. Banks have to also educate borrowers and impress upon them to keep channels of communication open so that the ‘Sashakt’ project transcends the whole banking industry in order to effectively mitigate the bad loan mess.