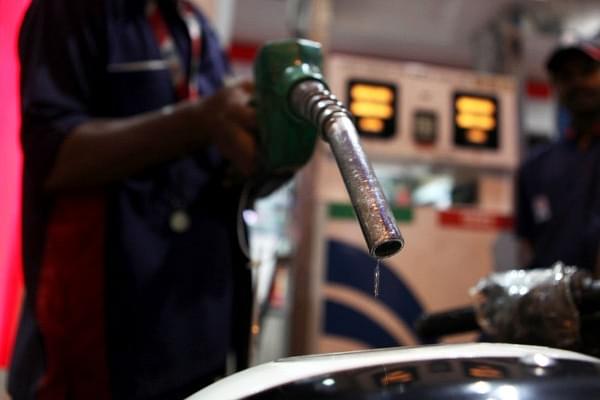 The crude oil outlook released by a couple of organisations in the last few days should be a relief to India. Going by the outlook from the Organisation of Petroleum Exporting Countries (OPEC) and the International Energy Agency (IEA), there shouldn’t be any cause for worry since globally crude oil supply will likely exceed demand, at least until the next year-end.

This outlook should be music to the ears of Finance Minister Nirmala Sitharaman and her officials as they strain every sinew to control the budget deficit. However, going by the same outlook, there are some causes for worry too, which also reiterates what has been happening during the last few months in the country.

The bad news first. While stating that crude oil supply exceeded demand by 0.9 million barrels a day (mbd) during January – June this year, the IEA has said that growth in India was affected in April and May due to slowdown in LPG deliveries and weakness in the aviation sector.

OPEC, dwelling on reasons for supply exceeding demand, has said that India’s GDP growth in January – March this year was at a five-year low. The growth continued to be slow and consumption was also showing signs of slowing. Stating that the government’s fiscal space was constrained, the oil cartel has said that the budget presented on 5 July would stimulate economic growth as it focussed on infrastructure development and conferred benefits on small and medium businesses.

The good news is that though demand for crude oil will likely be higher next year, ample stocks are likely to be available globally. Though OPEC, which makes for around one-third of the total global output, has been keeping a leash on its members to limit production at 30 mbd currently and is likely to prune it to around 28 mbd early next year, inventories could still be up to 136 million barrels. This will keep a tight lid on any price rise.

Supply from non-OPEC countries such as Russia, Canada, Norway and the US could increase to 62.15 mbd this year against 60.13 mbd last year. Next year, the output could rise further to 64.54 mbd. The IEA says that OPEC would need to cut its production by 1.8 mbd if it wants the prices to hold at comfort levels.

The IEA has said that during April – June this year, the global surplus was 0.5 mbd, much against projections of a shortfall of a similar quantity. The surplus is adding to the huge inventories that have been on the rise since the second half of last year. This was also the time when demand started faltering.

“Clearly, market tightness is not an issue for the time being and any re-balancing seems to have moved further into the future,” the IEA said. On the other hand, the OPEC members could extend their agreements to curtail production until March next year but the fundamentals of an over-supplied market will remain unchanged.

According to the IEA, indications of deteriorating trade and manufacturing activity aren’t good signs. Stating that recent data showed that global manufacturing output dropped for the first time during April-June since the last quarter of 2012, the international energy body said the outlook for the economy next year was, however, good.

A rebound in the economy could see demand for crude oil rising by 1.4 mbd, but its prices, going by the current trend, could be eight per cent lower than the levels seen last year. Last year, Brent crude oil prices opened at $65.87 a barrel and ended lower at $50.57, though they zoomed to a high of $85.45 on 3 October.

In its outlook, OPEC said that global economic growth could remain at 3.2 per cent next year. While China’s growth could slow, that of India and Brazil could pick up. In view of this, the oil cartel has projected that demand for its crude could slip by 1.3 mbd to 29.3 mbd. Going by this outlook, there are chances that OPEC could try to curtail output or even prune it further.

For India, which imported 207.3 million tonnes of crude oil in 2018-19 fiscal, this is good news. India imports 80 per cent of crude oil annually. Crude oil shipments into the country increased to 84 per cent of total demand last fiscal as domestic production dipped. This forced India to spend $111.9 billion (Rs 7.07 lakh crore) in 2018-19 against $87.8 billion (Rs 6.04 lakh crore) the previous fiscal.

The budget stress on ‘Zero Budget’ farming is one way that the centre is trying to move away from the current energy-intensive farming methods. Heavy use of fertilisers lead to import of petrochemicals that are used as fertiliser feedstock, thus increasing the foreign exchange outgo on fossil fuel.

Therefore, the outlook for softer crude oil prices next year should help. This is provided geopolitical problems like the standoff between the US, its allies and Iran don’t flare up. As of now, this should be comforting for the mandarins of the North Block in New Delhi.

For the common man too, the outlook is promising, for although this year’s budget has increased the cess on fuel by two rupees a litre, fuel prices will be under check until next year-end despite this cess.