Rail Budget 2016: Long On Potential But Short On Reform 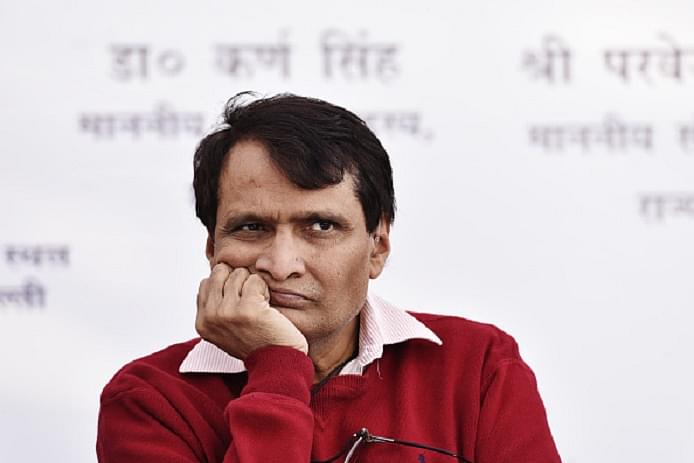 Even as Railway Minister Suresh Prabhu was presenting the Railway Budget 2016-17, the overriding impression was of a person pressed for time- not just the speech – more than double of last year’s- but also to fit his vision into the period available to this government till 2019 and in the prevailing environment of political grandstanding.

Indian Railways is deeply researched. Starting with the Wanchoo Committee report 1968, seventeen separate committees submitted reports of which the most recent is the Bibek Debroy Committee report 2015. It is not surprising therefore that the way ahead is clear but the problem is in getting started.

The neglected child of populism

Indian Railway is the neglected child of populism. It is incorrectly branded as a mover of people rather than a mover of freight. The recovery of costs in the lower class comprising 91% of the passenger kilometers is so low that the above cost tariffs of the upper class, comprising 9% of passenger kilometers, is insufficient to subsidize the former. This story should be familiar to Prabhu, who was the Minister of Power earlier. The average recovery of cost is just 50% in passenger fares. The contribution of passenger revenue to total revenue shrunk from 62% in 1980 to just 30% in 2013-14.

The loss from passenger traffic is cross subsidized by charging freight 150% of the actual cost. It is no surprise then that only bulk materials like coal, cement, iron ore and pig iron, food grains, fertilizer and petroleum products- which have no other options- comprise over 85% of the revenue from freight. Other goods traffic has shifted to road transportation which is faster and cheaper.

Minister Prabhu announced a spate of passenger amenities to make rail travel more convenient, safer and pleasurable. Who will pay for them remains unclear. Passenger fares were left untouched which means the yawning revenue gap will continue to bedevil investment.

Freight tariff is crying out for rationalization and reduction to become competitive with road transport. No definitive plan for achieving this has been spelt out either. The burden of unfinished investments to make freight movement timely and to expand the basket of goods beyond the core bulk goods is steadily growing.

Prabhu’s financing strategy resembles that of a startups- which is to rely on Angel Investors to fund the revenue gap in the hope that profitability is around the corner. But in the absence of specifics this lacks credibility.

The prime thrust seems to be on bilateral (Japan) and multilateral (World Bank) funding. This is sensible in the absence of a robust revenue model. Forming Joint Ventures with state governments is good optics. But state governments are likely to be even more fiscally stressed than the Union government over the next two years as an outcome of the 7th Pay Commission award and the UDAY scheme for restructuring the debt of DISCOMs which requires the state government to take on their debt.

But it is a bad idea to continue to use the balance sheets of the railway Public Sector Undertakings (PSU) and other Government of India PSUs, as proposed, to borrow commercially for investment. Partnerships with private investors are welcome since the business risk is offloaded. But PSUs have low autonomy from the government and can be railroaded into mortgaging the future. Government owned banks are a prime example of the down side of this strategy.

If this Chinese model of off-budget financing development is used, Government must account for the consolidated assets and liabilities of all government entities, including government PSUs, in the annual budget. Taking expenses off-budget and hiding them in the balance sheets of government owned PSUs is like sticking our neck in the sand to avoid acknowledging the fiscal storm.

The minister assured the Parliament that IR would start using the zero based budgeting approach to provide the maximum bang for the buck. Indeed, hard budget constraints in 2015-16 have resulted in cost reduction over and above the reduction in oil prices- most notably in the cost of power purchased.

But if the value for money logic is applied to its vision it seems to be a losing strategy. Why spend scarce resources on speeding up passenger trains so that travelers spend twelve hours -rather than seventeen - from Delhi to Mumbai when you can cover the same distance in just two hours by air? Does it not make more sense, from a national perspective, to reduce the horrendous tax burden on air travel so that such long distance air-travel becomes affordable at the price of a Rajdhani ticket? Traffic volumes can drive down aviation costs significantly and simultaneously focus the efforts of IR better.

The comparative advantage of Indian Rail is to haul freight long distance; develop track to connect airports, ports, logistics hubs to markets; broaden the freight profile to include high value non- bulk goods – as proposed by Prabhu; improve metros, suburban trains and connect locations up to six hours of travel time. Even this is a handful, given the degraded status of track and rolling stock and the soft expertise required to run a business of this magnitude. Road, rail and air should mesh and compete- each with their own resources without differential tax distorting markets unless tax is used to price externalities.

Pressing buttons is good, but not enough

Each of these are great but small ideas which do not correct the awry fundamentals. But they are a smart way to go. They also show that Indian Rail and Minister Prabhu are committed to the Cabinet form of collective responsibility towards national programmes.

But a business needs to generate enough revenue to invest in the future to be sustainable. Prabhu listed four Cs comprising the third pillar of his strategy - Co-operation, Collaboration, Creativity and Communication but he missed the most vital one – Corporatisation. Indian Rail must be corporatized and listed on the stock exchange, with minority equity made available to private institutional and individual investors just like the Navratnas ONGC, Indian Oil and NTPC. IR’s colonial structure must bow to the power of Mumbai’s Dalal Street, if it is to grow and serve the people of India.