The Sunday Explainer: What Is A Bad Bank And Does India Need One? 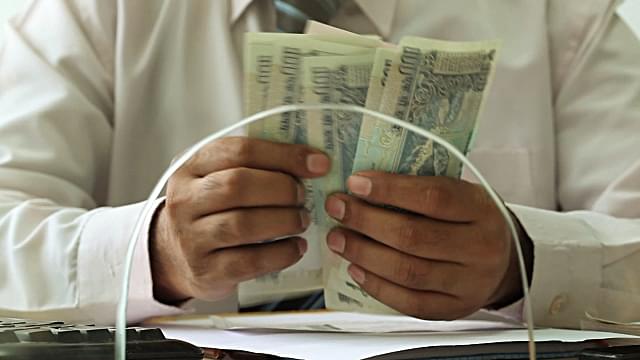 What Is A Bad Bank?

Bad bank is not a new concept. One of the early examples of a bad bank was demonstrated in Spain in response to its banking crisis that began from 1978. Corporacion Bancaria was set up with an equal partnership between private banks and the Bank of Spain. It was expanded to become the Deposit Guarantee Fund (DGF). The fund acquired the bad loans of banks to sell them off. The DGF was able to clean up its exercise in slightly above a year, but the cost was mostly borne by the taxpayers. The experience was repeated by Mellon Bank in the US that bought up about $ 1.4 billion of bad loans, mostly extracted from the real estate and energy sector. Down the road another entity named Grant Street national bank was carved out of Mellon Bank. This too was wound up by 1995 after its objective was broadly met.

In the process two broad formats of bad banks have emerged. The first is one where a specific bank assumes the assets of a single bank. This was the case for like the one created by Swiss National Bank(SNB) for UBS post 2008, in the form of a fund called SNB Stabilisation Fund. India had a limited experience with this form in the UTI 64 saga. The bad assets of UTI were housed in a separate company. The second option is a national or a sub-national entity to address a broader systemic problem of bad loans. Both can be further differentiated based on whether there is significant government funding or has been generated mostly through private participation. Experience gleaned from the Spanish crisis and later ones show that a system wide problem requires governmental support which in turn means it has to be paid for by the taxpayers. A corollary of that cost is that this can gain public support only if the unsuccessful owners and managers of the distressed assets are removed from their position. The latest Economic Survey discusses several aspects of bad banks but gives this issue a miss.

As the latest Economic Survey of the Government of India points out that the economy is suffering from a “twin balance sheet (TBS) problem”, where both the banking and corporate sectors were under stress. “Not just a small amount of stress, but one of the highest degrees of stress in the world. At its current level, India’s non-performing asset (NPA) ratio is higher than any other major emerging market (with the exception of Russia), higher even than the peak levels seen in Korea during the East Asian crisis”. This is crazy to even decipher.

Whenever economies have suffered this problem, in the next stage, banks have effectively shut shop on further lending. The economy has gone into a tailspin and growth plummeted. India has instead seen the problem emerge despite carrying on with a high growth path. The high NPA levels have not triggered banking crises. “There has not even been a hint of pressure on the banking system. There have been no bank runs, no stress in the interbank market, and no need for any liquidity support, at any point since the TBS problem first emerged in 2010. And all for a very good reason: because the bulk of the problem has been concentrated in the public sector banks, which not only hold their own capital but are ultimately backed by the government, whose resources are more than sufficient to deal with the NPA problem. As a result, creditors have retained complete confidence in the banking system”.

In other words, all the fundamentals of the financial sector has got squashed but has still worked since the government has been a banker. But even as this has been safe for the depositors can it last forever? The reasons why the mid-sized banks have not keeled over is the funds government is pouring into them from taxpayers’ money. In the absence of any correction, it can balloon to eat up all the tax money.

To quote the Economic Survey, “Banks around the world typically strive for a return of assets (ROA) of 1.5 per cent or above... But Indian public sector banks are much below this international norm. In fact, their ROA has turned negative over the past two years.”

And at the same time the companies that are in debt have no chance to improve either. This is because they can conceivably use their political clout to keep on getting more money on interest from the banks to pay for their losses but this finally leads them to bankruptcy. The only reason again why they have not gone bankrupt is because there was no provision till recently for a bankruptcy law in India. Worse, the stress among the corporate sector is spreading out of the club of large companies. “For much of the period since the global financial crisis, the problems of bad loans were concentrated in the large companies, which had taken on excessive leverage during the mid-2000s boom, while the more cautious smaller and mid-size companies had by and large continued to service their debts. Starting in the second half of 2016, however, a significant proportion of the increases in NPAs – four-fifths of the slippages during the second quarter – came from mid-size and micro, small and medium enterprises (MSMEs), as smaller companies that had been suffering from poor sales and profitability for a number of years struggled to remain current on their debts. This trend is likely to continue into 2017.”

Thus there is a need for a bad bank to take out the bad loans from the books of the commercial banks for being treated separately. Finance Minister Arun Jaitley has also given the green light to the idea. He told a post budget meeting, “It is also a possible solution. The Economic Survey 2016-17 has advised the establishment of a bad bank to deal with the NPA issue.”

How Would The Bad Bank Be Funded?

This is where the old chestnut about demonetisation comes in handy. Setting up a bank, good or bad, needs capital. The only entity at this point which has surplus capital is the Reserve Bank of India (RBI). Again, as the Economic Survey points out among all the central banks in the world the RBI is highly capitalised. The demonetisation windfall will create an additional capital base for them. This is the source to finance the bad bank.

What Should Be The Structure Of The Bad Bank?

It would purchase loans from the banks paying them money that frees up their capital. Since it will buy the loans from banks at the book value there will be no write-off of assets of the banks; which means the equity of the bank will not be hurt and thus would not need to add more capital to make the sale. It would then either convert the debt into equity and sell the stakes in auctions or cut down the debt in stages, cleaning up the financial system. But the key theme should be that it will not be just an accounting tool to park bad loans from banks, but it should be able to maximise recovery from the bad debt, so the various investors get reasonable returns. Basically, it should focus on economics and not just an accounting transfer. Most probably the bank will need a nod from Parliament to be created. The Survey suggests that it could be set up with a structure like the one done for the GST Network, which is broadly within the aegis of the public sector but with government owning 49 per cent. In any case, the bank has to be thoroughly professional, with “plans that maximise – and are seen to maximise – recovery value.”

What Are The Alternatives?

An alternative could be to set up instead a Sovereign Distressed Asset Fund (SDAF). The fund will pay the banks in terms of long-term bond, the maturity of which should coincide with maturity of the fund. The bonds will have built-in put options so that they may be retired by the SDAF if there is an early overall recovery. The payment of the principal and accrued interest at very low rates of interest of 3 per cent- 4 per cent is a necessary corollary. A variation of the same can be a zero coupon bonds but with principal guaranteed by government of India (GOI) and payable at the end of 10 years to finance such a fund. This will ensure that the GOI has no immediate cash outflow to support the banks. The bonds issued will be treated as assets on the books of banks. The core principle remains to maximise economic profit for the SDAF.

Finally it is quite possible that some banks will be reluctant to sell the bad assets to the bad bank. They could claim their recovery prospects of their specific bad assets will be better than the overall pool of bad debts. The counter could be if these banks are so confident they need not have categorised the loan as stressed in the first instance. The other solution may be to make it mandatory for the banks to sell the bad loans to the new entity.

The author is deeply grateful for a detailed conversation with Deep Mukherjee, visiting professor at IIM Calcutta. For more read here.