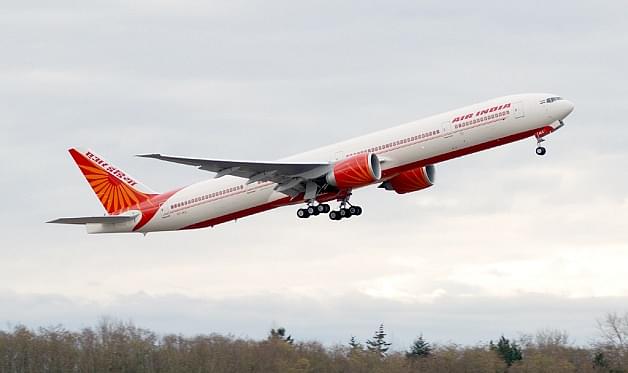 It will be wrong to be completely dismissive of the National Aviation Policy since there are certain good features but they are good only if viewed in isolation.

I’d be wrong to be completely dismissive of the policy as there are certain good aspects to the draft policy, but they are good only if viewed in isolation.  When you take the entirety of the document into consideration, you see striking incoherence and inconsistency of the ministry. Through this article I want to demonstrate how the policy is flawed.

The Aviation Ministry has proposed to make it possible for middle class fliers to fly more by imposing on all fliers (except those who will fly on Category II routes and the new Regional Connectivity Scheme i.e. RCS they are proposing in the draft) a 2% cess to fund a Regional Connectivity Fund (RCF) which they will then use to give Viability Gap Funding for flights under the RCS.

A. Since most Indian Fliers either travel through Category 1 or Category III routes,you will be taxing them to cross-subsidize fliers in a scheme only Air India has expressed interest in? B. Indian Railways cross-subsidizes its passenger services and this has proven to be a financial disaster. Isn’t this scheme a step towards the Rail-ification of the Aviation Industry? (Term first used by Harsh Gupta on Twitter) C. Is there any study done to show that the industry is inelastic enough to handle a 2% cess with no negative effect on demand (Which you are trying to increase)?

2. ‘All-inclusive airfare not exceeding Rs 2500 per passenger, indexed to inflation for a one-hour flight on RCS routes’

The draft policy recommends that the above as a part of the Regional Connectivity Scheme which will be enabled by a combination of Airport Revival under the aegis of the ‘ultra-efficient’ Airports Authority of India , Tax Reductions by State Governments on Aviation Turbine Fuel i.e. ATF (refer to my previous piece on how ATF tax reductions help spur growth in connectivity), simplified security solutions (A laudable measure) to be provided by State governments free of cost and much more. The important thing to note is -there is a requirement that most of these benefits are to only those flights which are under RCS and thus have to adhere to the 2500/hour price cap and the VGF if necessary will be given out in a competitive bidding process.

Since the VGF will be done through the RCF funded by the 2% cess + auction of international routes under various bilateral rights, we can at best expect an optimistic kitty of 3000 crore. If we assume that an average flight would need about 1000 INR (Air Asia flies to many places at around 3500 inclusive of Tax and also accounting for crude oil price fluctuations), only about 33,000 passengers per day provided that the entire fund is used.

Around 1.24 crore tickets!! Compare this with the statements of Secretary Choubey saying 30 crore tickets per annum if the middle class starts flying due to fares at 2500/hr.

A proposal which could have been ended at incentivizing low ATF taxation by States + No Service Tax on Tickets in exchange for the GOI funding through the AAI – the transformation of abandoned or unused airports into no- frills Airports with smart Security Solutions thus enabling better connectivity is needlessly complicated and bureaucratized by the introduction of price-caps and the RCF. What a wasted opportunity!!

3. 5/20 Rule and the suggestions for replacement.

The draft gives 3 options as to what to do with this idiotic rule. I find the entire thing of giving 3 options quite disingenuous for reasons which are quite apparent once you read the options-

ii) 5/20 Rule will be abolished with immediate effect, OR

They provide three options- Horrendous, Sensible and Bad because they know how disastrous the 5/20 policy is, but they still want to maintain a certain level of control over the Aviation Industry. They can later claim to be following the middle-path and opt for the bad option i.e. Domestic Flying Credits.

In every page of this draft, we see the bureaucrat(s) putting in a variety of figures-

a. 2% cess on Domestic (Non Category II flights) to fund the RCF.

b. INR 2500/hour of flying price cap for flights under the RCS.

c. Upto 50 crore of investment in Airport revival for no-frills Airports under the RCS executed by the Airports Authority of India provided a 12% IRR.

d. 300 and 600 DFC necessities for flying international beyond 5000kms from New Delhi+ SAARC nations and other countries respectively; as a suggested Replacement to the disastrous 5/20 rule.

e. RCS schemes only in those airport where the State Government taxes

The Questions I want to ask is

We repeatedly see the phenomenon of pulling out numbers from thin air for no apparent reason and writing elaborate proposals around it!!

The Universal Service Obligation Fund or the USOF came into existence through an amendment to the Indian Telegraph Act under the previous NDA government. Under this, 5% of Adjusted Gross Revenue of Indian Telecom Service Providers went into the USOF.

Between 2004 and 2014, around 52,723 crore was collected out of which 15,784 crore was spent with lower than expected impact. In effect, around 38,000 crore remained unspent but it continued to impact the competitiveness of the Industry. A study by Rekha Jain and G Rajaram in 2009 found that it was reduced costs (i.e. taxation) and competition which facilitated greater rural telecom penetration and not the USOF .

Given the track record of Indian bureaucrats and our super-effective bureaucracy, I’ve come to two conclusions-

A. I will now expect such schemes in most other sectors (If it isn’t already there) and it was foolish of me to be surprised by such a scheme in the Aviation Sector.

B. RCS and RCF will not only be useless in itself but also end up reducing the competitiveness of the Industry.

RDG was introduced in 1994 to provide air connectivity to J&K, NE, island territories, tier-2 and tier-3 cities, by way of internal cross-subsidy by airlines, using their profits on the trunk routes (12 in number). RDG has succeeded in creating connectivity to remote locations. Capacity actually deployed on Cat II and III is in excess of the RDG threshold, highlighting the business potential in these regions.

Capacity Deployed by airlines in Category II and Category III routes exceeding requirements highlights the business potential of these routes but RDG made this connectivity possible? Make up your minds!! Even though they just said that RDG’s aims have been accomplished, in the next sentence, they propose a rationalization of these guidelines. How? By reassigning a few Cat III routes as Cat I, thus increasing the scope of RDG.

The only questions I ask are-

a. What is stopping the minimum government from proposing that this rule be scrapped?

b. Why ‘rationalize’ it?

To further bolster my point, take a look at the Compliance of Route Dispersal Guidelines during the month of Sep 2015-

Most airlines have more than exceeded the requirements. Air Asia has met more than 7 times the required capacity deployment. How in the name of Lord Shiva is the rationalization and continuation of this ‘necessary’?

This is what the head of Air Costa , the airline closest to a description of the SCA had to say-

…would like the concessions to be extended to aircraft with 120 seats…. Price cap cannot be a long-term solution and it will not incentivise airlines to perform better.

I still haven’t been able to understand how the 100 seater limit was fixed. A lot of Indian airlines like Air Costa, Spice Jet, etc have aircrafts with 100-120 seats which are suited very well for such regional operations.

The subsidy hungry PSU major which had been given a 30000 crore bail out by the government in the recent past is mentioned only once in the entire document. Since the government considers Air India important enough not to be privatized or closed down despite making mind-numbing losses, one would assume that it would be a significant part of the Draft policy. It clearly isn’t.

How long does the ‘minimum government’ run by a man who said government has no business being in business plans to continue splurging our hard-earned money in funding this bail-out hungry farce of a business ?

A lot of people hoped that Make In India to not become an excuse for more subsidy , support and low interest loans to favoured industries and companies. Well, those hopes will remain hopes. The policy proposes-

In case the cost of made-in-India aircraft and components work out to be higher than those supplied from their original sources, the government will consider an incentive package to nullify the cost differential.

If this is the trajectory, we may soon see the government announcing that we will develop our own Aircraft Manufacturing capabilities like China through policies similar to theirs- gigantic subsidies, gigantic costs and much more.

The emphasis on MRO i.e. Maintenance, Repair and Operations Industry is a welcome step and will surely yield a lot of dividends in the near future. The policy envisages an increase in the ease of doing business by deleting a lot of obsolete norms and rationalizing the remaining. About 5000 cr is the annual spending of Indian Airlines on MRO and we may see a lot of that coming back home with more by foreign airlines in the near future. A whole lot of tax and duty exemptions have been proposed for the industry. We need to wait and watch how this plays out given the Finance Ministry’s focus on cutting down such complicated tax policies.

A lot of regulations have been cut down in these areas and movement is seen towards having an open-sky policy (more open than earlier). The requirement of reciprocity for Indian Airlines having code share agreements with foreign airlines was unnecessary especially given the fact that we want less congestion on international routes. Interestingly, despite Make In India, FDI is mentioned only once in the entire document. The draft policy could certainly have clarified the plan if any for the much necessary liberalization of fDI regime in Aviation. The liberalization of the Bilateral Rights regime is welcome, as is the emphasis on Open Sky agreements with SAARC countries.

Overall, the draft needs to be drastically revised with the government redirecting its efforts from thinking of new ways to intervene in Aviation markets to thinking of ways to reduce its interference. Modiji, please give us a taste of Minimum Government in Aviation Markets !!