Why All’s Not Well With ONGC-HPCL Merger, And What Needs To Be Done 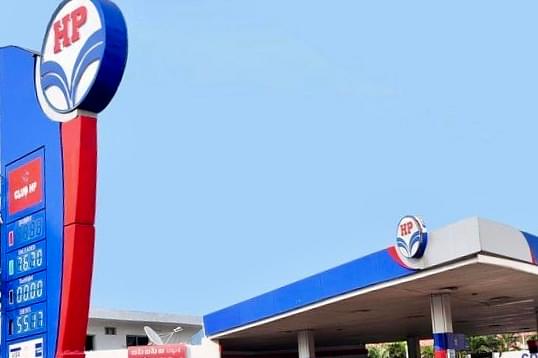 A fuel station run by HPCL

If ever proof were needed that mergers often subtract value rather than add to it, the case of Oil and Natural Gas Corporation’s (ONGC’s) cash purchase of Hindustan Petroleum Corporation Limited (HPCL) in January 2018 should be Exhibit 1. Ever since the latter was bought out, its share values have crashed by more than 40 per cent, from the Rs 474 price paid by ONGC, to Rs 283 around noon on Monday (29 April).

The government, in its zeal to collect as much cash as possible through disinvestment, offered refining and marketing company HPCL to oil and gas exploration and production giant ONGC for a cash purchase. Keen to build an integrated oil company, ONGC coughed up Rs 36,915 crore to the government for 51.11 per cent in HPCL.

Since then, the two managements – of ONGC and HPCL – have been indulging in a cold war with the latter not refusing to acknowledge the former as the new promoter. If such things had happened in the private sector, the boss of the acquired company would probably have resigned or sacked. But ONGC has done no such thing.

In February 2019, HPCL asked the government to clarify if ONGC is its promoter or the government, even though any business school student could have given them the answer. Any company with 51 per cent share ownership is your real owner. There can be no doubt who owns whom, and HPCL should be subservient to ONGC’s board, subject, of course, to the basic rule that any decision must make business sense, and the brand value and expertise of the subsidiary is not compromised while taking decisions.

Now, another ticklish issue has cropped up, with ONGC playing spoiler to HPCL’s ambition of becoming India’s second biggest public sector refiner by merging Mangalore Refinery and Petrochemicals Limited (MRPL) with it. Together, the two would have 38 million tonnes of refining capacity when merged, reports Business Standard.

MRPL was originally an HPCL-linked subsidiary when the majority promoter was the Aditya Birla group. The Birlas’ 71.63 per cent share in MRPL was bought by ONGC in 2003. MRPL is thus an ONGC subsidiary now. HPCL cannot merge with MRPL without ONGC agreeing to the terms of the merger, including the question of whether this merger should happen at zero cost (a full share swap), or through cash payments by HPCL to its own parent ONGC. Or a combination of the two.

Clearly, a share swap is the best idea, for it minimises merger costs. Transferring money from HPCL to ONGC is hardly a great idea, when the two are part of the same entity. The same logic that should have applied when the government sold HPCL to ONGC – it could have been done through a paper transfer and share swap – should now apply to an HPCL-MRPL merger. Getting HPCL to fork out cash to achieve merger with a company already owned by ONGC merely impoverishes the subsidiary for the benefit of the holding entity.

The only way out is for the government to state unequivocally that HPCL belongs to ONGC, and it has no further role in how the company is run or managed. The government’s own focus should be on how ONGC performs, and not how it manages its subsidiaries. And ONGC should focus on how it can become a truly vertically integrated oil giant, and not steal money from its subsidiary.

People and management ego issues are coming in the way of a smooth takeover, and this should give the government cause for pause before initiating more such mergers. Another recent public sector sale and acquisition, Power Finance Corporation’s purchase of Rural Electrification Corporation, could be facing similar problems of who is the boss after the merger, unless the government steps in early to clarify who will run the merged entity. It can also put in place clear-cut norms and procedures for acquiring units to achieve better merger and synergies.

A third such buyout, LIC’s acquisition of IDBI Bank, probably may face fewer such issues, since the bank was a basket case and needed LIC’s cash to survive.

In the ONGC-HPCL case, it is obvious that the refining companies should merge first, and this could be followed by a reverse merger of the refiner with the oil and gas producer. The upstream company is a business-to-business entity, while the downstream company is a consumer-facing business.

It may make sense, and assuage egos at HPCL, if ONGC actually renames the combined entity as Hindustan Petroleum to indicate its new integrated format. ONGC is not a brand-name most consumers will know much about; Hindustan Petroleum is the better brand.