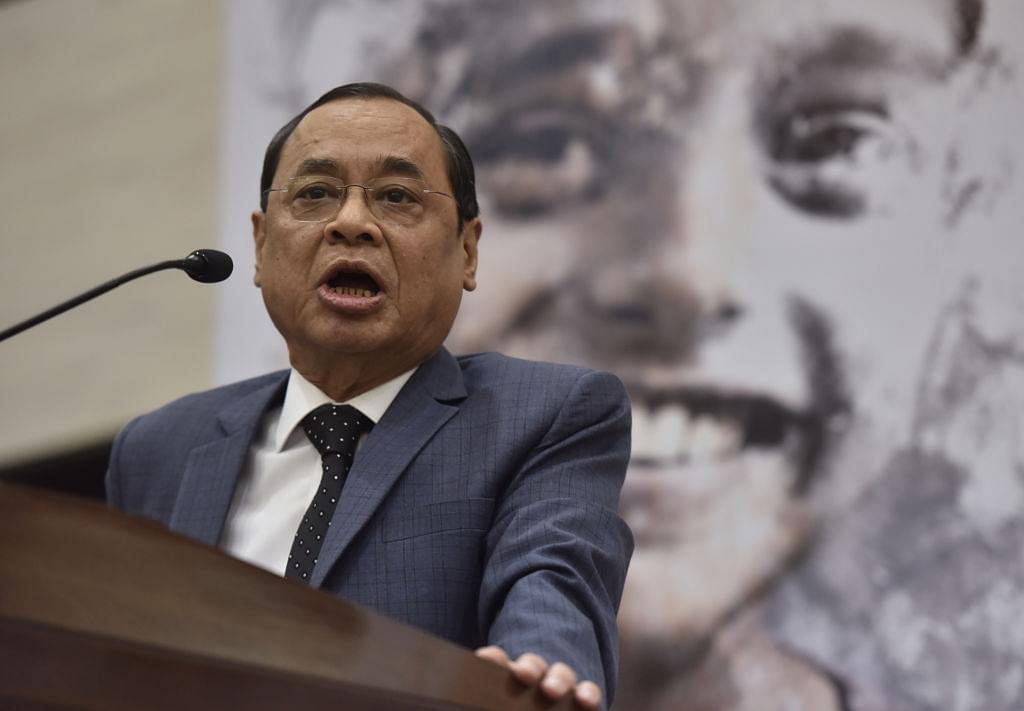 Chief Justice of India (CJI) Ranjan Gogoi deserves two cheers for inaugurating a centre for research and planning a few days go. The centre, which comprises some hand-picked people, is supposed to give the apex court inputs on “judicial reforms, judicial jurisprudence and judicial education.”

Speaking about the centre, which has academician Mohan Gopal on it, the CJI had the following things to say: “We have to evolve. Nobody is denying the fact that there is need for judicial reforms. I have ideas. I have ideas which are being implemented from time to time, but these are the people which will be doing the research on the prevailing system in so many jurisprudences and so many jurisdictions…”. He added that Mohan Gopal and his small team will give the court "inputs and the inputs will be debated by the jurists. If they are fine, we will implement it.”

The reason why one gives this idea two cheers and not three is simple: the attempt is to keep the research team in-house, which means the judiciary will be free to accept only the medicine it likes, but not those it doesn’t.

While reform, any reform, is good for a judiciary known more for its delays than its delivery of quick justice, this exclusion of the research team and its “inputs” from expert and public scrutiny is wrong in principle. The research team cannot be the CJI’s private think-tank. The Indian judiciary is simply too opaque and unaccountable to anybody, and this was demonstrated in 2015 when a constitutional bench refused to accept the National Judicial Appointments Commission (NJAC) as a good way to select judges for the higher judiciary. In short, the old collegium continues to rule, and its decisions continue to be non-transparent.

This was never the original intent of the makers of the Constitution, who mandated in Article 124 that judges will be appointed by the President (meaning the government) in consultation with the CJI. The Constitution did not mandate the exclusion of the executive from the judicial selection process.

Not only that, the Supreme Court has been casual about other judicial reforms initiated by the legislature. In 1999 and 2002, the Vajpayee government made amendments to the Code of Civil Procedure that specified timeframes for the completion of procedural steps in civil proceedings. The idea was to speed up the hearing of cases and deliver faster justice.

Two of the timeframes inserted into the code involved putting limits on the number of adjournments that courts could grant when hearing suits. Another clause in the amended code disallowed the courts from extending the time granted by them for doing any “act prescribed or allowed by the Code beyond a maximum period of 30 days”. (Read Brajesh Ranjan in this Times of India article from 2016).

But the Supreme Court, in a 2005 case involving the Salem Advocate Bar Association, ruled that these timeframes cannot curtail the court’s power to allow what it deems fit in terms of extending deadlines for adjournments, et al.

What this implies is that the Supreme Court may not accept even procedural reforms that come from the legislature, even if they help deliver faster justice. It wants to be the final arbiter of its own rules and procedures, including higher judiciary appointments.

This is why one needs to be cautious about CJI Gogoi’s Centre for Research & Planning, for it does not seem to have much scope for external scrutiny or accountability to anyone beyond the CJI and, maybe, his collegium.

The Supreme Court cannot be a law unto itself, unaccountable to anyone beyond its own top officers. There has to be external scrutiny of appointments, investigations into complaints against judges, and the process by which the judiciary governs itself.

CJI Gogoi will have changed the judiciary only if he were to accept this reality. If not, the reforms will not go too far. No institution can be its own final arbiter.