Disappearing Green Cover: Vertical Forests To The Rescue Of Cities 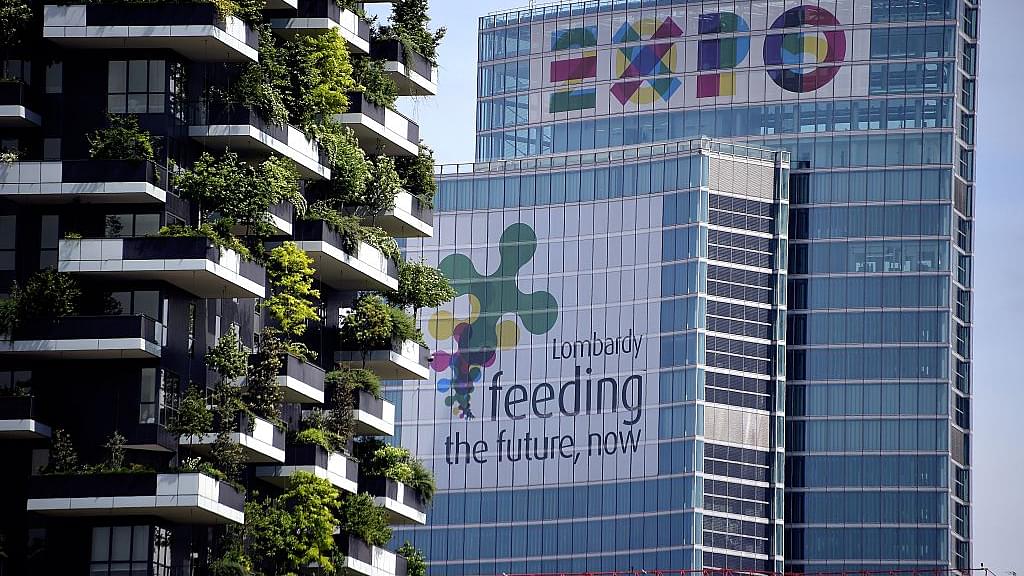 A picture shows the Lombardia Region building advertizing EXPO2015 (R) and a part of the Bosco Verticale towers (Vertical Forest) in the Porta Nuova area on April 28, 2015. (OLIVIER MORIN/AFP/Getty Images)

The colour green can rarely be associated with cities. If anything, our cities are a mix of some dirt yellow, faded greens and cement greys. Thanks to the declining quality of air in Delhi (other cities are no better), my doctor recently asked me to move my pranayama practice (breathing exercises) from the colony’s park to my bedroom which has an artificial air purifier installed. This may perhaps be the reason that we city folks cannot wait to get out of the concrete jungles on long weekends and treat our senses to some lush greenery of the hills, and at times, blues of the oceans.

India is one of the most rapidly urbanising countries in the world. Percentage of people living in urban areas has increased from only 11.4 per cent in 1901 to 30 per cent in 2011. According to a survey by UN State of the World Population report of 2007, by 2030, 40.76 per cent of the country's population is expected to reside in urban areas. As per World Bank, India, along with China, Indonesia, Nigeria, and the United States, will lead the world's urban population surge by 2050.

Expanding urban areas have naturally led to shrinking of the country’s green cover. While the required forest cover is 33 per cent of the total land area, only 24 per cent was classified as forest cover by the India State of Forest Report (ISFR) 2015. Apart from rapidly declining forest areas, cities are losing their trees too. India’s garden city, Bengaluru, is rapidly becoming un-liveable due to its unplanned urban expansion and consequent loss of trees as well as lakes. According to a study, between 1999 and 2014, urban land use in the city had increased by 184 per cent, while vegetation had decreased from 45 per cent to a mere 8.4 per cent. The water bodies also diminished to a mere 0.74 per cent - a drastic reduction of 85 per cent. Other cities too have a similar story; a 2016 study by Indian Institute of Science indicates a desperate situation for the four cities that were studied:

So what can be done to save our cities? One can hardly argue against urban expansion. What is needed is an innovative approach to integrate urban expansion and planning with ecological planning. Urban forestry is not a new concept, but it is one which appears to have growing potential. It can be defined as “an integrated, city wide approach to the planting, care and management of trees in the city to secure multiple environmental and social benefits for urban dwellers”. Urban forestry is an important factor in the cities’ environmental enhancement, control of air and noise pollution, microclimatic modification and recreational purposes of the urban population.

While Indian urban planning still treats vegetation cover as an afterthought and not as an integral part of city planning, cities across the world are welcoming the idea with open arms, with some of them taking the idea to the next level and creating vertical forests - high-rise buildings covered with trees and plants. These ‘forests’ not only absorb carbon dioxide, filter dust from pollution and produce oxygen but are also an ingenious way of planting more trees and creating habitats for wildlife in cities that are squeezed for space. While Milan was the first one to have one, China is set to get its first vertical forest in Nanjing in 2018.

The Nanjing vertical forest will be higher than its Milanese predecessor, with two neighbouring towers rising to heights of 200 and 108 metres. Scheduled for completion in 2018, the complex will house a 247-room luxury hotel, offices, shops, restaurants, a food market, conference and exhibition spaces, a museum, a rooftop club and even a green architecture school. The skyscrapers will house 1,100 trees from 23 local species and 2,500 cascading plants and shrubs, which the architects say will provide 25 tonnes of carbon dioxide absorption each year and produce about 60 kilograms of oxygen a day.

The architect behind the idea, Stefano Boeri , sees it as a “way to give back to nature, rather than taking from it”. Cities such as Tokyo, Washington DC and Belfast are some of the other examples of integrating urban forestry into city plans, which are as a result not only saving the environment but also improving the quality of life of their citizens to a great extent.

While vertical forests on the scale of the Nanjing project may still be a farfetched idea, it’s high time that we at least start taking small steps towards improving the green cover of our cities. Before the city expands further, a proper plan for greening in the city, especially with respect to land availability in the form of parks and gardens, forest patches and roadside plantation should be in place. In addition, to avoid illegal erosion of green cover of the city for developmental works, or otherwise, a legal framework should be in place. Thus, what is needed is an environmental mainstreaming of our city plans where the ecological needs of the city are integrated into planning of urban areas at every level.

So, city dwellers and planners, let’s begin thinking of ways to incorporate nature into our daily lives. While our weekend getaways may look like an easy way to connect with nature’s benefits, it cannot be the permanent solution to our urban woes.