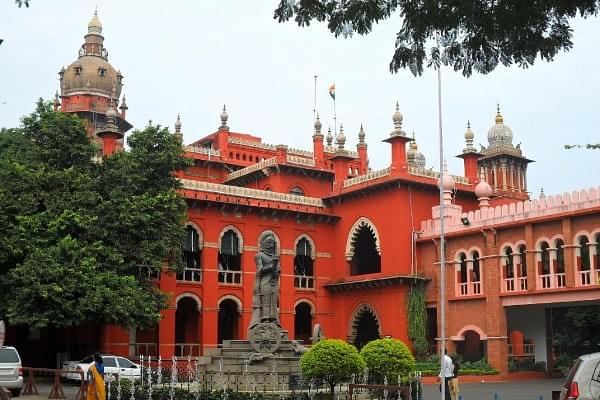 The Madras High Court has, in a significant judgement on the use of public spaces and streets by religious communities, struck a strong blow to deliver equal rights for Hindus.

The judgement, delivered on 30 April 2021 by a two-judge bench comprising justices N Kirubakaran and P Velumurugan, involved a case from Kalathur village in Tamil Nadu, where the Hindu and Muslim communities were locked in tense combat over the rights of Hindus to celebrate their festivals by taking out processions on certain days.

This was being opposed vehemently by Muslims. The bench ruled in favour of granting Hindus the right to practise their religion even in areas that now had a Muslim majority.

While this sounds like a familiar story that could be true almost anywhere in the country where the two communities live in close proximity, what is significant in this case in not the verdict itself, which merely laid out a constitutional principle, but how the Muslims argued the case.

Apparently, while communal tensions had been there for decades, from 2012 onwards some members of the Muslim community in the area objected to the processions involving four major temples not only because of a potential threat to law and order, but because the community viewed these Hindu festivals as “sins”.

This attempt to create a covert sharia-compliant zone was rejected by the bench in no uncertain terms. The judgement (read the full judgment here) said, inter alia:

“Intolerance in any form by any religious group has to be curtailed and prohibited. In this case, intolerance of a particular religious group is exhibited by objecting for (sic) the festivals which have been conducted for decades together and the procession through the streets and roads of the village are sought to be prohibited stating that the area is dominated by Muslims and, therefore, there cannot be any Hindu festival or procession through the locality.

“India is a secular country and merely because one religious group is living in majority in a particular area, it cannot be a reason for not allowing other religious festivals or processions through that area. If the contention of the private respondent is to be accepted then it would create a situation in which minority people cannot conduct any festival or procession in most of the areas in India. If resistance is being exhibited by one religious group and it is reciprocated by the other religious groups, there would be chaos, riots, religious fights causing loss of lives and destruction of properties. Consequently, the secular character of our country will be destroyed or damaged.”

The bench pointed out that under “Section 180-A of the District Municipalities Act, 1920, roads or streets should be used as access to the people irrespective of their religion, caste or creed. Merely because one religious group is dominating in a particular locality, it cannot be a ground to prohibit from celebrating religious festivals or taking processions of other religious groups through those roads. If it is to be accepted, then a day will come when a particular religious group which is predominantly occupying the area, will not allow the people belonging to other religious groups even to use the roads even for movement, transportation or the normal access. Even the marriage processions and funeral processions would be prohibited/prevented, which is not good for our society.

“The temples are there for decades together. Merely because a religious group got settled in a locality and has become vociferous, they cannot object to the custom of taking temple's procession through all the streets in the village and consequent upon their objections, the customary and traditional practices cannot be prevented or prohibited.”

I have quoted this judgement at length, and even somewhat repetitively, because it exposes the mindsets of some Muslims when they dominate an area, and this becomes a no-go zone for other communities. This has been happening not only in “secular” India, but also in many parts of Europe, where Muslim immigrants tend to ghettoise themselves in some areas where even the police fear to tread.

As I wrote some time ago, secular states fear to apply the law fairly in areas dominated by the Muslim community. Here are some excerpts from that article:

“In January 2016, a Muslim mob rioted in West Bengal’s Malda district and even burnt down the Kaliachak Police Station. Within days, not only was the station repainted as if nothing happened, but most of its police personnel were transferred out. It was as if the state government wanted to quickly forget what happened there.

“In fact, India is not the only country to deal with Muslim issues with kid gloves. In Germany, which faced a huge influx of Muslim refugees from war-torn West Asia, Chancellor Angela Merkel admitted two years ago that there were places that were “no-go areas” for ordinary citizens. Muslim ghettos that are no-go zones have been reported from Belgium, France, Sweden and Denmark.

“In Britain, Pakistani Muslim ‘grooming’ gangs were raping teenage girls in Rotherham and other towns for years, but the police failed to act in time due to fears of being called ‘racist’ or ‘Islamophobic. Some Islamist groups are even trying to create a small sharia zone in East London, but thus far there has been no organised pushback by the state.”

The Medina mindset, where the community tries to create its own self-governing zone where the state cannot quite operate, is taking hold in India and elsewhere. One hopes that the pushback by the Madras High Court will continue with other courts upholding equal rights for Hindus based on a simple principle: public areas cannot be closed to anyone just because those living there belong to the Muslim community.

Hindus are entitled to equal rights to public spaces.