Mixed Success For E-NAM, But Scaling Up Will Be A Challenge 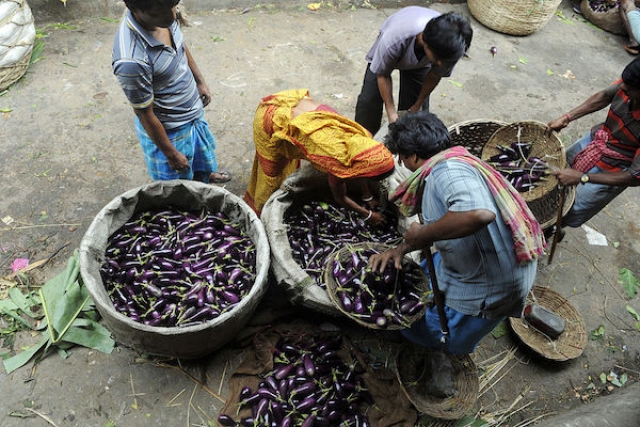 The agricultural marketing reforms being pushed by the central government appear to be largely on track. As of 30 September – and as per schedule – 200 agricultural mandis in 10 states have got integrated with the online trading platform of the National Agricultural Market (e-NAM).

Now for the not-so-good news.

This does not mean e-auction is happening in all these 200 mandis. That is happening in only 80 mandis, as of 17 September, according to figures from the agriculture ministry. A total of 65,019 tonnes of commodities worth Rs 239 crore have been traded as of 17 September and one has to concede that it’s a fairly good start, considering e-NAM kicked off only on 14 April in 21 mandis in eight states.

The other bit of disappointment is that apart from Karnataka (which is a pioneer in agricultural marketing reforms and has served as a model for the NAM), only 12 states have fully come on board for this initiative.

States have to fulfil three conditions to be eligible for central assistance – set up a platform for e-auctions (e-NAM), a single point levy of market fee and a unified single licence across a state. The latter two mean a trader does not require multiple licences for every mandi in a state and does not have to pay the market levy in individual mandis.

Odisha, Tamil Nadu and Bengal have not taken any of the steps required. Punjab and Chandigarh have not enabled e-trading or started a unified single licence. Jharkhand and Uttarakhand are also lagging on the single unified licence.

NITI Aayog member Ramesh Chand pointed out in this interview to Swarajya that states were implementing e-NAM in a half-hearted manner. This is not a view that Chand alone holds; others feel the same.

There are two complaints about the progress of e-NAM. One, that physical trading is still taking place even in mandis that are integrated with e-NAM. Two, that the e-auctions do not cover even a majority (let alone all) the commodities traded at the mandi. Indeed, all the six mandis on the e-NAM platform in Uttar Pradesh as of 17 September trade in only wheat.

These are drawbacks, certainly, but can a far-reaching reform like this be hammered through? Agricultural markets, currently regulated by state-level Agricultural Produce Marketing Acts, are monopolies controlled by powerful, politically well-connected lobbies. Breaking these overnight will not be possible and there will be enough saboteurs within the system to spook things. Besides, this requires a lot of attitudinal changes among farmers as well and that is going to take time.

As for the number of commodities being traded, the centre has left the decision to the states. It has drawn up tradable parameters for 28 commodities and so long as these are complied with, it is not losing sleep over the exclusion of commodities. It expects that as mandis get familiar with e-auction of a few commodities, they will gradually extend this to other commodities as well. Whether that will happen and how soon remains to be seen.

Taking it slow is also the reasoning behind e-NAM being confined to state-level trading. Ideally, a national agricultural market should mean trading across state boundaries, so that a trader in the Hyderabad mandi is able to bid for mustard seeds being auctioned in Kalanwali mandi in Haryana’s Sirsa district, while a trader in the Kalanwali mandi bids for tamarind in the Pandra mandi of Jharkhand’s Ranchi district. But right now, single licence is available only for trading within the state. The idea is to start with integrating mandis within states and once processes have been tested for robustness, scale it up to inter-state trading later.

That, however, will take a lot more reform and preparation. Infrastructure and logistics needs to be toned up, so that the physical movement of commodities is as hassle-free as trading in them electronically. Legislative changes will also be required across states, the first being amendment of the APMC Acts, which states have been loath to. Besides, states will need to agree to a single point of levy across the country. And one state should be willing to recognise a trader licensed by another state. A committee headed by agricultural economist Ashok Gulati is looking into the statutory changes needed.

Clearly, it is going to be a long and painful haul, but fortunately a beginning has been made.