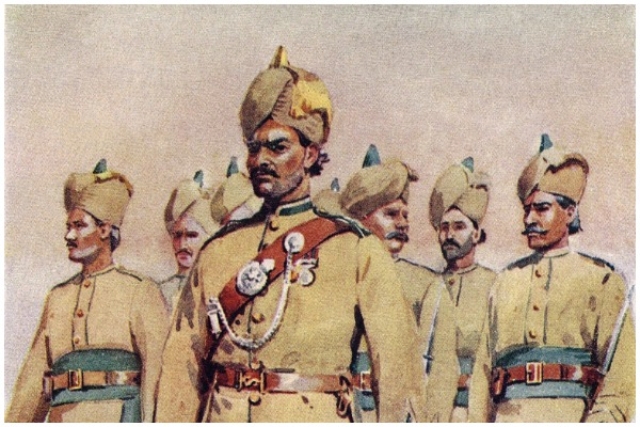 The brutal killing of George Floyd in the United States had created a huge uproar over the racist bias in police handling of potential suspects.

However, in a well-balanced article with a comprehensive data-filled analysis of police behaviour, Coleman Hughes, who studies race, public policy, and applied ethics at the Manhattan Institute, points out that the police atrocity and violence as a phenomenon had been not that racially biased as was made out to be.

That does not mean there is no problem.

In 2018, the NYPD killed five people, down from 93 people in 1971. Since 2001, the national incarceration rate for black men ages 18-29 has gone down by more than half. Put simply, we know progress through normal democratic means is possible because we have already done it. In a perfect world, I would like to see the yearly number of unarmed Americans killed by police decrease from 55 (the number in 2019) to zero.

Then he points out three unique reasons for his being less optimistic about the numbers going to zero:

First, America is a huge country—the third largest in the world by population. That means that extremely low-probability events (such as police shootings) will happen much more frequently here than they do elsewhere. ... Second, America is a gun country, which makes policing in America fundamentally different than policing in other nations. ... A third factor (not unique to America) is that we live in the smartphone age. Which means that there are millions of cameras at the ready to ensure that the next police shooting goes viral. Overall, this is a good thing. It means that cops can no longer reliably get away with lying about their misbehavior to escape punishment.

He goes on to conclude that the problem has to be solved by the harmonised working of both BLM and the Right:

The only way out of this conundrum, it seems to me, is for millions of Americans on the left to realize that deadly police shootings happen to blacks and whites alike. ... If the challenge for the Left is to accept that the real problem with the police is not racism, the challenge for the Right is to accept that there are real problems with the police.

Such an approach is the typical Hindu approach which perhaps in secular jargon goes by the name ‘Gandhian approach’. Gandhi himself would have called it as the ‘Vaishnavaite approach.’

In southern India, around the time of the George Floyd incident, another horrible incident happened.

During the corona lockdown, a father-son duo was arrested. They died in the custody.

Initial reports have strongly suggested merciless torture by the local police, leading to their death. This is not the first time the police had done merciless atrocities on hapless people in India either because of individual perversity or because the political leadership insisted.

In India, the problem with the police machinery is even deeper and historical.

The police in India has always been a tool in the hands of those who hold political power.

In independent India, police has simply changed its masters from the white-skinned to the brown-skinned. The colonial values of the police system have remained intact and the ill effects have become amplified because of inertia and vested interests.

In 1975, the entire police force became tyrannical during the quasi-Fascist Emergency.

Custodial deaths and torture became the hallmark of police under the Reich of Indira.

Under Mulayam Singh Yadav, the police enacted a massacre of kar sevaks in 1990, earning Mulayam the notorious nick name ‘Dyer of Ayodhya.’

The bodies of kar sevaks thus killed were methodologically tied to sand bags and thrown into the Sarayu river.

In 1994, again under Yadav, the police performed atrocities on the activists demanding Uttarakhand's statehood.

One of the most shameful incidents in the history of free India was the reaction of then Prime Minister Mrs. Indira Feroze Gandhi to the brutally raped Maya Tyagi. When a group of concerned citizens took the victim, whose husband was killed by the police and she herself raped, the only question Indira asked was how much gold she was carrying and who actually brought her to Delhi.

George Fernandes, who would later become the defence minister of India, was shocked when Indira Gandhi in her determination to protect the guilty policemen told 'Maya Tyagi on her face in the presence of several women members of the Parliament that she had [was] informed that Maya Tyagi was not a virtuous woman.'

It was as if if a woman was supposedly not virtuous by the scales of Nehru dynasty, then her brutalising could be justified.

The police in India is a system we inherited from the British. The British created the police force mainly not to protect and serve the public but primarily to maintain law and order.

In the colonial value system, that was dominantly White, Anglo-Saxon and Protestant, the police department exists to protect the ‘civil society’. Naturally, those out of the norms of civil society had to be brutally suppressed.

Even within the ‘civil society', the police cares for the powerful. For the power comes from the God and Christian theology considers the working masses as people who have propensity for sinning.

The police then protects the top sections of the societal pyramids from its massive base of ordinary citizens.

Such a police system always caters to the powerful. Whether it is Leftist or Right-wing State, the police primarily serves those in power.

Both the Gestapo and the KGB have as their basis the Protestant ethics - serving the power elite of the society.

In India, the pre-colonial indigenous system was different.

Here, the primary objective of temporal power was to protect the weak, not obeying the powerful.

By telling and retelling over hundreds of generations in infinite variety of ways, the power of the weak individual over the most powerful in the society, namely the king, is established.

In a verse that should be considered as one of the defining verses of Hindu civilisation, the Upanishad states:

… Dharma is, the controller, of the rulers and warriors class. Therefore, there is nothing higher than Dharma. (Because of Dharma) even a weak man hopes (to defeat) a stronger man through righteousness, as (one contending) with the king. That Dharma is verily Truth.

The cultural conscience of the Hindu nation is indeed filled with cautions against excesses the state power had committed knowingly or unknowingly against the individuals - particularly powerless individuals and more importantly, the disastrous consequences of such excesses.

The killing of Yajnadutta popularly known as Shravana Kumara, by Dasaratha, who was then the crown prince of Ayodhya, and its consequences, are narrated in a detailed manner by the sage Valmiki.

The incident is etched in the minds of Hindu children from early on, as to how to serve the parents in their old age. But it also contains a stern warning to the king. The father of Yajnadutta states:

A killing brought about by a Kshatriya premeditated and in particular to a hermit, would expel even Indra from his post. The head of a dispatcher of a weapon with a knowledge of the matter on a sage established in austerity or such an unmarried student practicing sacred study, gets burst into seven pieces. You are still surviving because you have done it unknowingly. Not even you, but today the whole of Ikshvaku dynasty would have been no more, if it is not the case.

These harsh words were told by an old utterly powerless blind man in the complete loneliness of the forest to the youthful crown prince who was armed with weapons. And the crown prince was trembling in front of that old blind man.

The Ramayana thus sets the very protocol of how state power and those who have the authority to wield weapons, should function before the individual - particularly the defenceless individual.

Similar is the case of Kannagi, the heroine of Chilapathikaram.

Here, the Pandya king had executed the husband of Kannagi without a complete trial. However, when the truth dawns on him he kills himself - or rather, the shock of him delivering an unjust verdict, killed him.

The author of Chilapatikaram reinforces the Upanishadic declaration that for those dealing with the state, Dharma is the supreme determinant of their destiny.

At Thiruvarur, the definition of helpless and the weak in the society was expanded to include the animals.

The cow had the right to come to the king for justice when its calf was killed accidentally under the wheels of the speeding chariot of the prince.

The king was offered the prayaschita of penance by the prince as the way out of the sin. But the king desiring justice made the prince lie down and had the chariot run over him.

In the nineteenth century Travancore, Iyya Vaikundar, considered an avatar of Vishnu, restated forcefully the Upanishadic wisdom: ‘Protecting the suppressed in the society as one’s own self is Dharma’ and he lived it through his saffron-flag ‘movement of the path of love.’

One wonders how it would have been if India had evolved her own police force into the modern age. But now, we do not have the luxury of going into ‘what-if’ scenarios.

We have, through the quirks of history, inherited a national network of police force. What we need is a complete root and branch transformation of this police system.

Police brutality should neither be a catalyst for identity politics nor means to gain political brownie points. We need to approach this problem with the interest of the society, its future and with the founding principles of our nation, transcending the political rivalry.

The primary aim of the police and judiciary should be to recognise the power disparity in the society and provide highest safety to the vulnerable individuals through ‘Dharma that is Truth.‘

That is why the Upanishadic dictum of ancient Hindu nation, ‘Truth alone Triumphs’ has been made the motto of the republic by the founders of modern Indian state. Time has come that we make every tool of the Indian state fall in rhythm with the Vedantic music of the Hindu nation. Such value based police force then can become a model to avoid injustice and tragedies as those heaped on Jeyaraj and Benicks of Sathankulam and also George Floyd of Minneapolis .