Three Months After Naina Kaur Was Killed By Spurned Lover Sherkhan, Her Old Parents Are Alone And Penniless 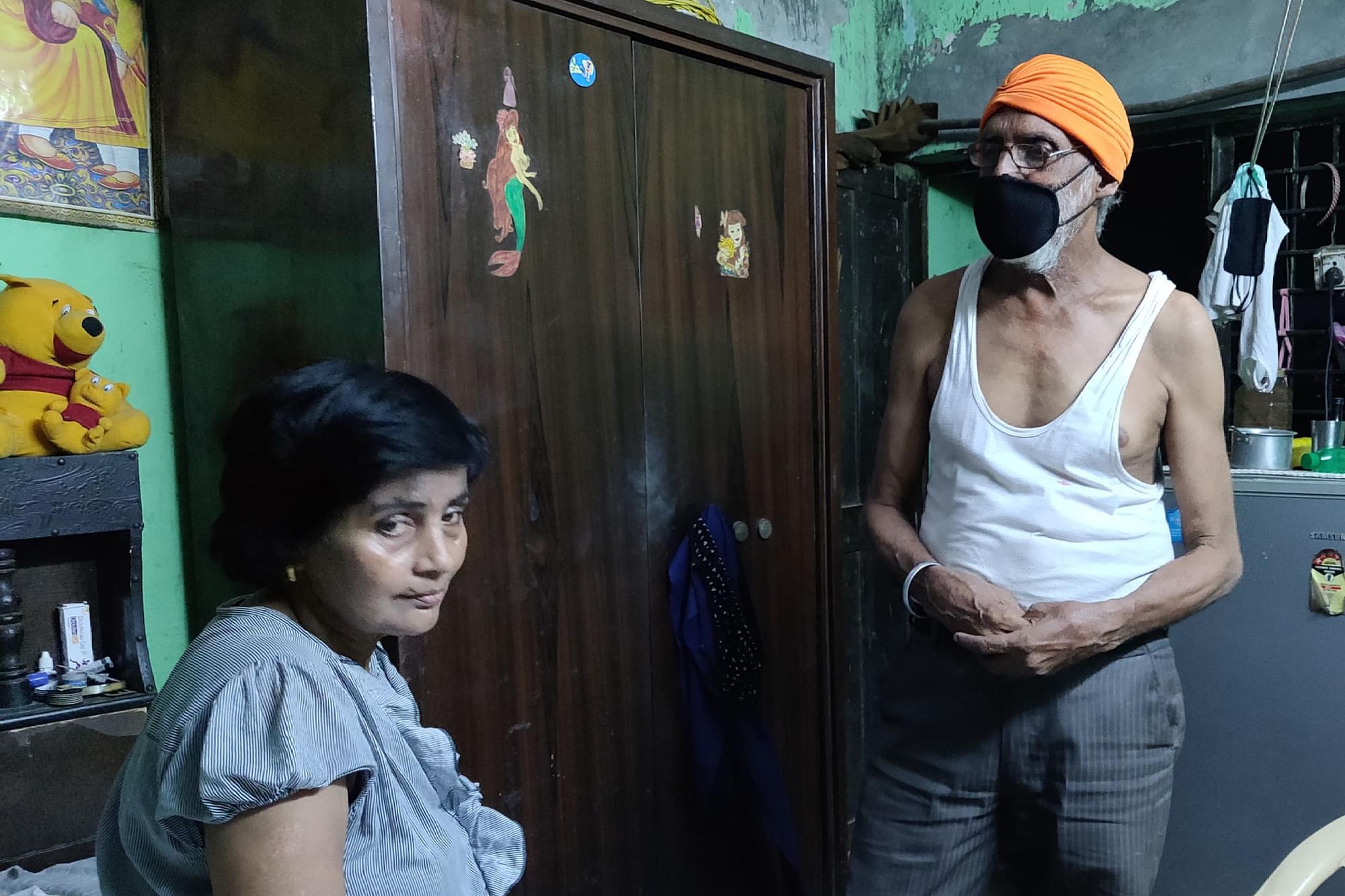 On the afternoon of 9 September, I received a call from Baldev Singh, father of 20-year-old Naina Kaur who was stabbed to death by her stalker in June. The killer, Sherkhan, was known to Naina and was in a one-sided obsessive love affair with her. He was also a Tik Tok celebrity of sorts with more than 4 lakh followers.

Singh, 63, now lives alone with his 57-year-old wife Neelam Kaur in their one-room tenement near the Ghaziabad border in Uttar Pradesh.

On the phone, Singh said he had called up to know if there is any update in the case as he has no way of knowing it, but even before he finished his sentence, he broke down. “They will come and cut our electricity connection. We have no money,” he said, sobbing.

I reached Singh’s house in Tulsi Niketan colony around 7 pm. The multihouse building, with plaster fallen off at places and poor lighting, looked cold and uninviting. Fortunately, a cousin who works in the area promptly arrived to accompany me.

I had earlier met the old couple a week after Naina was killed on the evening of 17 June, a few metres from the building. After the report, a religious organisation reached out to me, with the promise of helping the poor, ageing couple.

I now learnt that none from the organisation cared to contact them. No representative of the government met them either.

Naina was killed a few days before her wedding. Along with her parents and aunt Balvant Kaur, she was scheduled to take the Golden Temple Mail on the morning of 20 June from Delhi’s Hazrat Nizamuddin for the ceremony in Indore, Madhya Pradesh.

Singh said the couple was set to make a permanent shift to Indore too. Before agreeing to the arranged marriage, Naina had set a condition with her in-laws that her parents would live near her in Indore (watch their video here).

“The family had agreed. They told us they would arrange a room for us there. We were happy. After all, we have no relations in this area other than my sister,” he said. “Even she is a widow.”

Singh was more than 40 years of age when Naina was born. Some years before her birth, they had adopted a girl from within the clan. She is married and lives in Chandigarh, but does not visit her parents.

“Her in-laws don’t allow her to. She is our child alright, but has little ties left with us,” said Singh.

Naina’s murder not only shattered the family emotionally, but has also left them penniless. Within a few weeks into the countrywide lockdown imposed in March, Singh lost his job. It was a private job in a factory, where he repaired machines. “The owners made a list of people who had crossed 60 years of age and fired them,” said Singh.

Naina was studying at a nursing school and working part-time. Her salary was sustaining the family while Singh spent his meagre savings of Rs 60,000 in wedding preparations. “Ab to hum bilkul khaali ho gaye [we are broke],” he said.

Last month, the family got their electricity bill for three months. It was Rs 3,000. Singh had no money on him at all. Neelam Kaur said they are unable to even cook regularly, let alone pay the bill. “We are struggling to pay even for the gas cylinder. A woman in the neighbouring house, who we call ‘bahu’, is kind enough to give us meals. Whenever she cooks something, she offers some to us,” she said.

“We eat frugally. I eat two rotis and she eats one or two,” said Singh.

Seeing the electricity bill, Singh panicked, but recalled that a political worker from Kavi Nagar in Ghaziabad had promised him help. The activist had visited them after the murder, as did a large number of journalists as well as Hindu and Sikh organisations. Singh found his card and rang him up. The activist asked him to come to Kavi Nagar and meet him. Singh did, and gave him a copy of the electricity bill.

“I never heard from him after that. The bill has not been paid either,” said Singh.

Penury is only one of the problems the aggrieved family is dealing with. They are also scared for their lives. Neelam is the only witness to the murder. The case hangs on her testimony.

In my last visit, she had narrated what she saw:

Around 8 pm on 17 June, the three went to the local market to buy a new mobile number for Naina. On their return, Neelam and Naina stopped at a food cart while Baldev Singh continued to walk towards the house.

“We were waiting for the theli-wallah to pack our food. Just then, a man got off a scooter, wrapped his arm tightly around Naina’s throat and dragged her inside a lane. He began to stab her manically. I struggled to get my daughter out of his grip, but only managed to tear his T-shirt and face mask,” she said, adding that “it was Sherkhan”.

“He was wearing a full-sleeved pitch-black T-shirt and had a mask that almost fully covered his face except for the eyes,” she said.

Two men waited on the scooter while Sherkhan stabbed Naina. First on the throat, then on the waist. Sherkhan then hopped onto the scooter and the three fled, she said.

A few days after the murder, the Tila Mor police arrested Salman, Ashiq alias Asiz, Aamir Choudhary, Imran and Rizwan along with Sherkhan. Some of these people rode Sherkhan to the spot, some helped him buy the knife and later escape, and some gave him shelter after the crime.

Baldev Singh said the police have asked Neelam not to leave Uttar Pradesh for the court trial. “Sometime back, we thought we should shift to Jamshedpur, where I was born and where my brother lives. We have a small but own house there,” he said. “But we cannot. Though we are scared, we want to give the testimony in court.”

Pointing to a lathi, Singh said that is his defence against possible any attack in the night. “We have no weapons. All we have is this lathi, so I keep it on my bed while sleeping. And of course, we keep the door locked,” he said. (Watch the video here).

Singh’s current house – which is only a room with a tiny space carved out for kitchen and bathroom - is in his name, but he is yet to pay around Rs 60,000 to the developer. He said he got the house under a jhuggi jhopdi rehabilitation scheme of the government. He said he has paid about the same amount in instalments so far.

In a tragic contrast to the condition of Baldev Singh and Neelam Kaur, the family of the accused, Sherkhan, has been running their garment showroom in Sunder Nagri market as before. After the murder, the showroom was closed but was back in business after a week. Sherkhan has four brothers and three sisters. Their father died seven years ago, and mother Kehkasha helps in the business. The live on on a floor above the showroom.

Singh said he visited the showroom several times before the murder, only to complain to Sherkhan’s elder brother that he stalks his daughter. The brother would always tell Singh that he would beat up Sherkhan and ensure he stays out of his daughter’s way.

Note: More than Rs 1 lakh has been generated through online crowd-funding for Baldev Singh and Neelam Kaur. The money has been contributed by social media users. However, while citizens have come forward to rehabilitate the family, the case exposes the apathy of the state in such atrocity cases, yet again.