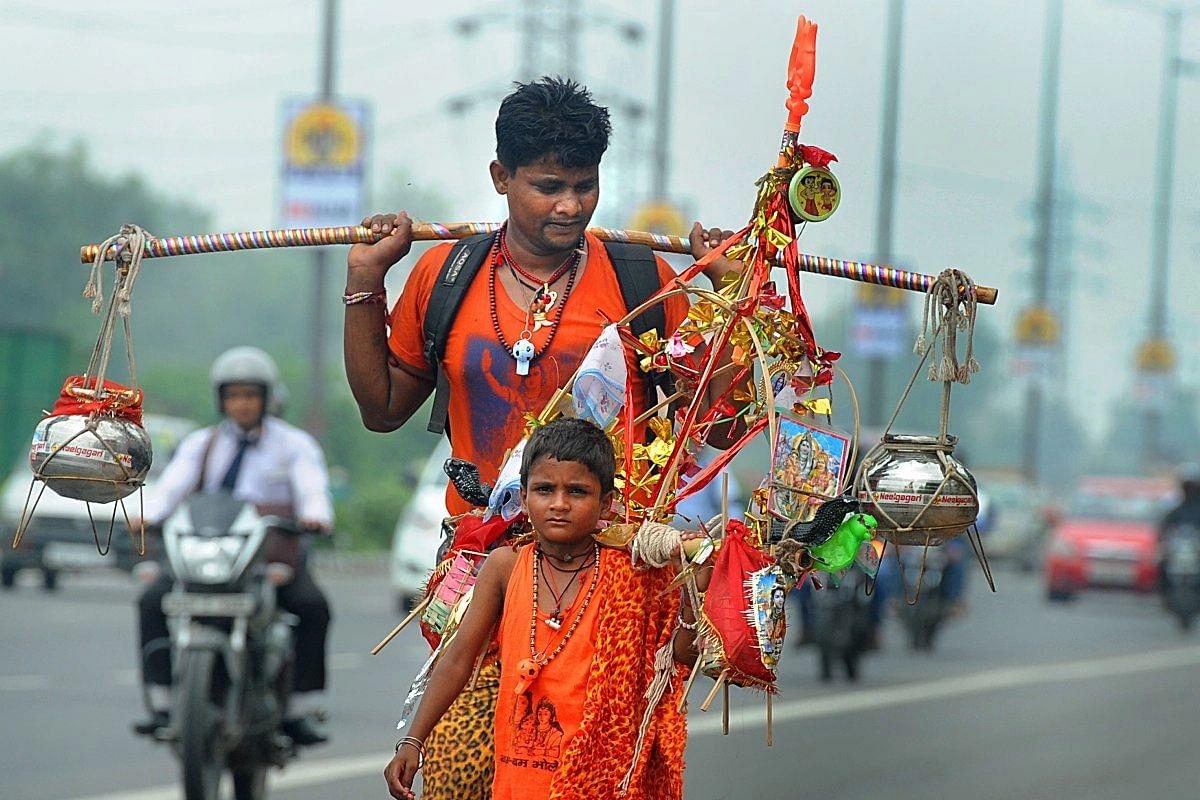 What to make of the decision of the Supreme Court of India to order the Uttar Pradesh government to stop the annual Kanwar Yatra in the state? Or its dismissal of the petition of devotees belonging to the Warkari sampradaya who sought directions to Maharashtra government to grant them permission to carry out their pilgrimage on foot from their homes to Shri Vitthal-Rukmini Temple at Pandharpur?

More importantly, what to make of the apex court’s decision to not pass similar orders to the Kerala government, which allowed special relaxations for three days for Bakrid? The court heard the matter on the second day of relaxations only to postpone the hearing and even on the final day it didn’t quash the Kerala government’s regulations but only reprimanded it using strong language.

This, when Kerala is contributing almost 40 per cent of all Covid-19 cases in the country with the total positivity rate touching 12 per cent whereas the same figure for Uttar Pradesh stood at 0.02 per cent.

Certainly, Covid-19 isn’t the deciding factor in this differential treatment. If the court was so worried about the pandemic and third wave, it would have ordered the government to vacate Singhu, Tikri and Ghazipur borders at least after the devastation of the second wave.

Read: Data story: did the 'farmers' protest' cause the second wave of Covid-19 in India?

Then what is it?

Dhimmitude? Yes. As Swarajya editorial director R Jagannathan has often written, the Indian state is essentially Dhimmi. “In theory, a Dhimmi state is a contradiction in terms. It is usually individuals and minority groups which are Dhimmies in an Islamic, or all-powerful, state. But in India we have Dhimmi states — governments petrified by the power of mobs and organised groups, where its efforts to enforce the law are sporadic and opportunistic,” he explained in one of his articles.

The Supreme Court is a part of the same Dhimmi state so it's natural to expect it to exhibit similar 'dhimmitude' like other arms of the establishment. Don’t be fooled into thinking that only the SC is to be blamed here for stopping the Kanwar Yatra. The role of the Centre is equally important.

The Uttarakhand government had decided to ban the yatra this year in a cabinet meeting held last month but the new Chief Minister Pushkar Singh Dhami decided to review the decision taken under his predecessor. On 10 July, Dhami met Prime Minister Narendra Modi. “Discussed and sought guidance from him (PM) on the state's development, probable Covid-19 third wave, char dham and kanwar yatra,” he tweeted.

He also met other central government ministers for the next couple of days in Delhi. On 12 July, in an interview to India TV, he said that a final call will be made after holding discussion with other states. On 14 July, the Uttarakhand government decided to suspend the yatra. As one would say, ‘Aap chronology samajhiye’.

When the UP government decided to continue with the yatra with strict and commonsense regulations (for instance to keep the yatra symbolic and allowing only those with fully vaccinated certificates or negative RT-PCR results), the Centre and the SC came down heavily on the Yogi Adityanath government.

Solicitor General of India Tushar Mehta told SC that the Centre’s stand is to not allow the yatra. "The state governments must not permit the movement of kanwariyas to bring Gangajal from Haridwar to do abhishekam in the local Shiva Temples", he said. To this, Justice R F Nariman said that the state of UP cannot go against the stand of the Union Government. “Either we pass the orders directly or give you one more opportunity to reconsider holding yatra physically,” the bench ordered.

So, yes, dhimmitude is one reason. And yes, both the Centre and Supreme Court are to be blamed. The former is petrified of the third wave which could spell political disaster for the BJP if it turns out to be as bad as the second one.

The dharmik Hindus in the government may not want the Kanwar Yatra to be sullied worldwide like the Kumbh Mela which was blamed for the second wave with no evidence. But what these dharmiks forget is that by stopping the yatra, they have already handed over the victory to the motivated propagandists who ran a vicious campaign against Kumbh Mela.

As far as the SC is concerned, beyond dhimmitude, if we dig deeper, we will find a more noxious principle: the essential practices test (EPT) doctrine. What is common in the judiciary’s pronouncements in cases related to Jallikattu, Dahi Handi, Sabarimala and Kanwar Yatra? They are centuries old traditions practised by millions but they are not sourced from a single religious book.

The court’s attitude generally is to wonder "what’s the necessity of such rituals?" (as former Chief Justice Deepak Misra once quipped while hearing the Jallikattu case). It looks for a Bible or Quran type of text to establish legitimacy of Hindu traditions and practices without realising how fundamentally different Hinduism is from Abrahamic faiths.

This attitude explains why judiciary treats religious matters of Hindus with suspicion, which prima facie needs to be examined within the bounds of the Constitution, while the religious aspects of Abrahamic religions with piety, which prima facie need to be respected and protected. Such an attitude is expected when Justice D Y Chandrachud, the next Chief Justice, views the Constitution as ‘primary spirit of counter-majoritarianism’.

At a fundamental level, the mentality behind the interpreters of the Constitution (and perhaps the Constitution itself) seems more inspired by the values of British colonialism than those of the Indian civilisation — a topic that SC advocate J Sai Deepak has explored in his latest book.

Diversity has been a strong suit of Hinduism over the centuries. But it has also prevented Hindus from uniting on religious matters. The way forward is not to crush diversity and aim for uniformity but to preserve the diversity and strengthen the Hindu consciousness nationally, irrespective of sampradayas. Therein lies the biggest challenge.