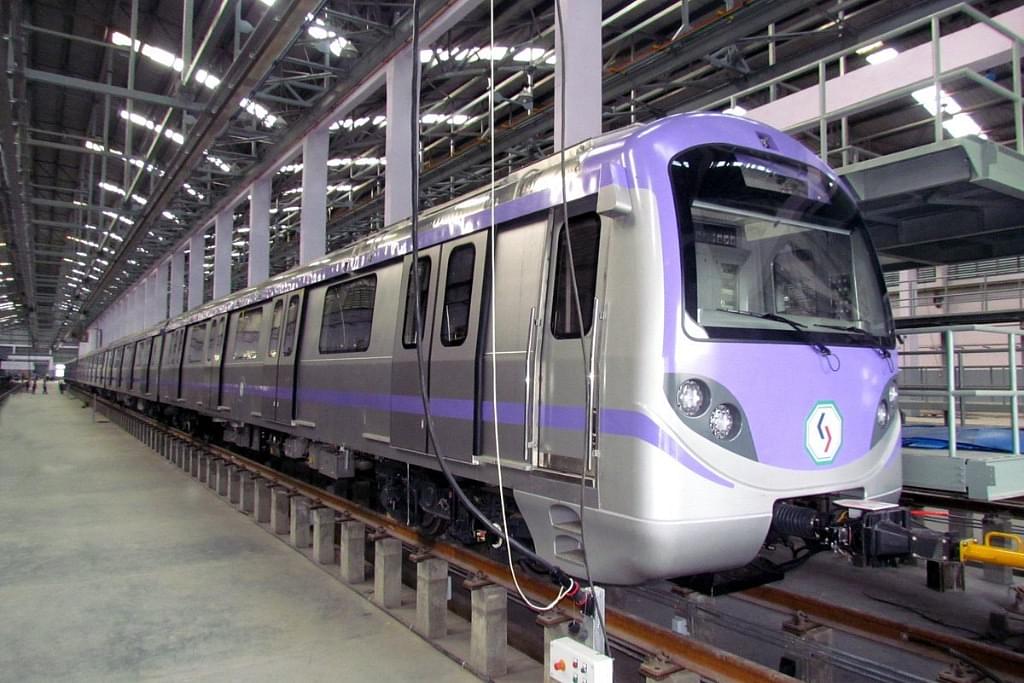 The East-West corridor project, which will be India's first underwater metro service, is likely to be completed by June 2023, its executing agency Kolkata Metro Rail Corporation (KMRC) said on Monday.

The 16.34 km metro line, which when complete will connect Salt Lake to Howrah via Kolkata with a stretch below the Hooghly river.

"Target for commissioning of the balance section from Sealdah to Howrah Maidan is June 2023," the KMRC said in a statement.

Of the total 16.55 km length of the project, 9.30 km length between Sector V and Sealdah is operational.

The remaining 7.25 km length is likely to be operational within less than a year's time, it said.

Completion of the project will bring a huge relief to lakhs of commuters as it will connect the busy Howrah and Sealdah railway stations as well as the North-South Line of the Kolkata Metro at Esplanade.

The project, which was earlier slated to be completed by December 2021, has faced delays owing to accidents at Bowbazar in central Kolkata during tunneling work.

Several houses developed cracks during the underground work in May, nearly three years after a similar incident there.

On August 31, 2019, a tunnel boring machine hit an aquifer, leading to severe ground subsidence and the collapse of several buildings in the area.