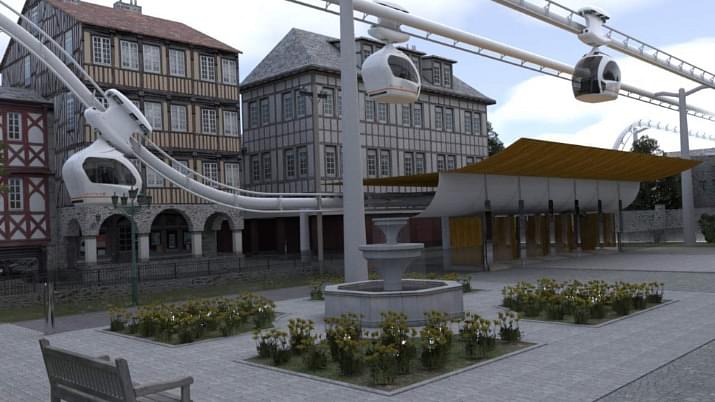 NITI Aayog, the government’s think tank, has given the go-ahead to the Ministry of Road Transport and Highways (MoRTH) for permitting the use of six new transport technologies. The proposal, aimed at improving the public transport sector in India, carries forward some of the ideas from the Aayog’s earlier proposal in March that recommended only electric vehicles for public transport, phasing out diesel vehicles and adopting the SkyTran and Hyperloop.

The new policy proposal, however, deals entirely with newer technology that can change how we look at public transport.

Among the new technologies that have been proposed, the key ones are:

Possibly the best-known among all proposed transport technology, the Hyperloop is a magnetic levitation-based transport system that consists of ‘floating’ pods inside an evacuated tube that reduces wind resistance. It is estimated to enable speeds of up to 750 miles per hour or 1,200 km per hour, far greater than the existing magnetic levitation (Maglev) trains at a fraction of the cost. Originally proposed by Elon Musk, there are several companies in the foray to build a commercial prototype. Hyperloop Transportation Technologies (HTT) had proposed setting up a network to connect Mumbai and Pune last year while Hyperloop One had proposed several other routes, the key one being Bengaluru to Chennai.

Also Read: How The Hyperloop Works

Another often talked about system, the Pod Taxi System is a personal rapid transit system that consists of ‘pods’ that carry five to six passengers on an elevated guide rail. The system can be either a suspended system similar to a cable car or suspended monorail or a track-based system similar to a monorail. The National Highways Authority of India (NHAI) had earlier planned to build a system in Gurugram while the Bruhath Bengaluru Mahanagara Palike (BBMP) had approved six lines across Bengaluru. Metrino had earlier indicated that it would pay to build its first system in Gurugram on a trial basis.

Hybrid buses act as a stepping stone towards achieving completely electric buses and reduce vehicular emissions, while offering a better and more comfortable ride. Some buses feature batteries that can be recharged using ‘regenerative braking’, which allows batteries to charge themselves using the power lost while braking. Hybrid buses are also cheaper than completely electric buses, with BEST's bus costing Rs 1.7 crore as opposed to the Rs 2.7 crore that the Bangalore Metropolitan Transport Corporation (BMTC) was ready to spend for a fleet of fully electric buses.

While it is not really clear what the Aayog is referring to by straddled bus (some sources have referred to it as Stadler Bus), the straddled bus concept, which was proposed in China last year is an elevated bus concept that goes over regular traffic.

Again, another unclear concept, it could possibly refer to roads being used for freight truck-trains or setting up dedicated freight corridors.

Of these new proposals, hybrid buses are currently the most feasible ones, simply because they are already in use. Further, the cost of investment for buses, even an electric one, is low compared to a Metro rail or a pod taxi system. Additionally, buses are flexible and can be procured and used for the short, medium and long term unlike the others which require dedicated investment and are purely long-term projects.

Pod taxis, by virtue of being personal rapid transit projects have a comparatively small carrying capacity unlike larger projects like a metro or a monorail. They can, however be used for short distance trips within localities and connect to other forms of transport such as a metro station or bus station.

The Hyperloop on the other hand is very futuristic. We really don’t know how it will fare unless a commercial prototype is developed. While Hyperloop One is close to doing so, getting it to India is still a while away.

Along with this, Prime Minister Narendra Modi is expected to lay the foundation stone for the Mumbai-Ahmedabad high-speed rail corridor, also known as the Bullet Train in September 2017 when Japanese Prime Minister Shinzo Abe is set to visit India.