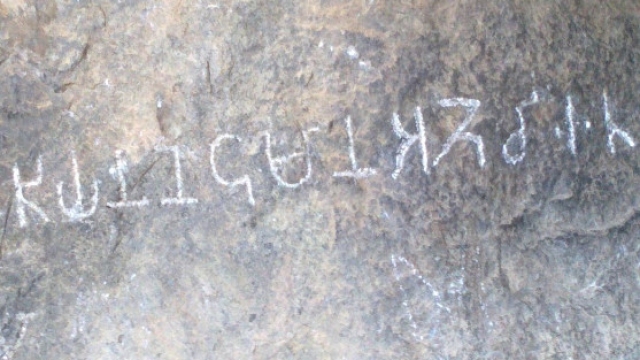 Rock beds with Tamil-Brahmi inscription at Siddharmalai in K Mettupatti situated 40 KM away from Madurai is grappling neglect from the Archaeological Survey of India and vandalism by miscreants, Times of India has reported.

As per the report, the site lacks in maintenance and vandals have inscribed English phrases on the rock beds just below the Tamil-Brahmi inscription. The site also sees plastics and wrappers being littered around.

“Since there is no one to take care of the site, vandals have a free run and destroy the beauty of these inscriptions. It’s ridiculous”, an activist was quoted as saying.

Mettupatti is one of the 28 sites in the state with Tamil-Brahmi inscriptions but despite being comparatively significant, lies neglected. Besides the inscriptions, the site also houses a Ramarpatham - believed to be a stone footprint of Lord Rama.

One of the inscriptions at the site is said to be one of the oldest in the state. The inscription states - Amanan Matirai Attiran Urai Utayanasa (the abode of Attiran, a Jain monk of Madurai gifted by Udayana).