‘Anyone Can Contribute,’ Says Mevani On Issue Of Funding From Islamist Outfit PFI, Threatens To Sue BJP 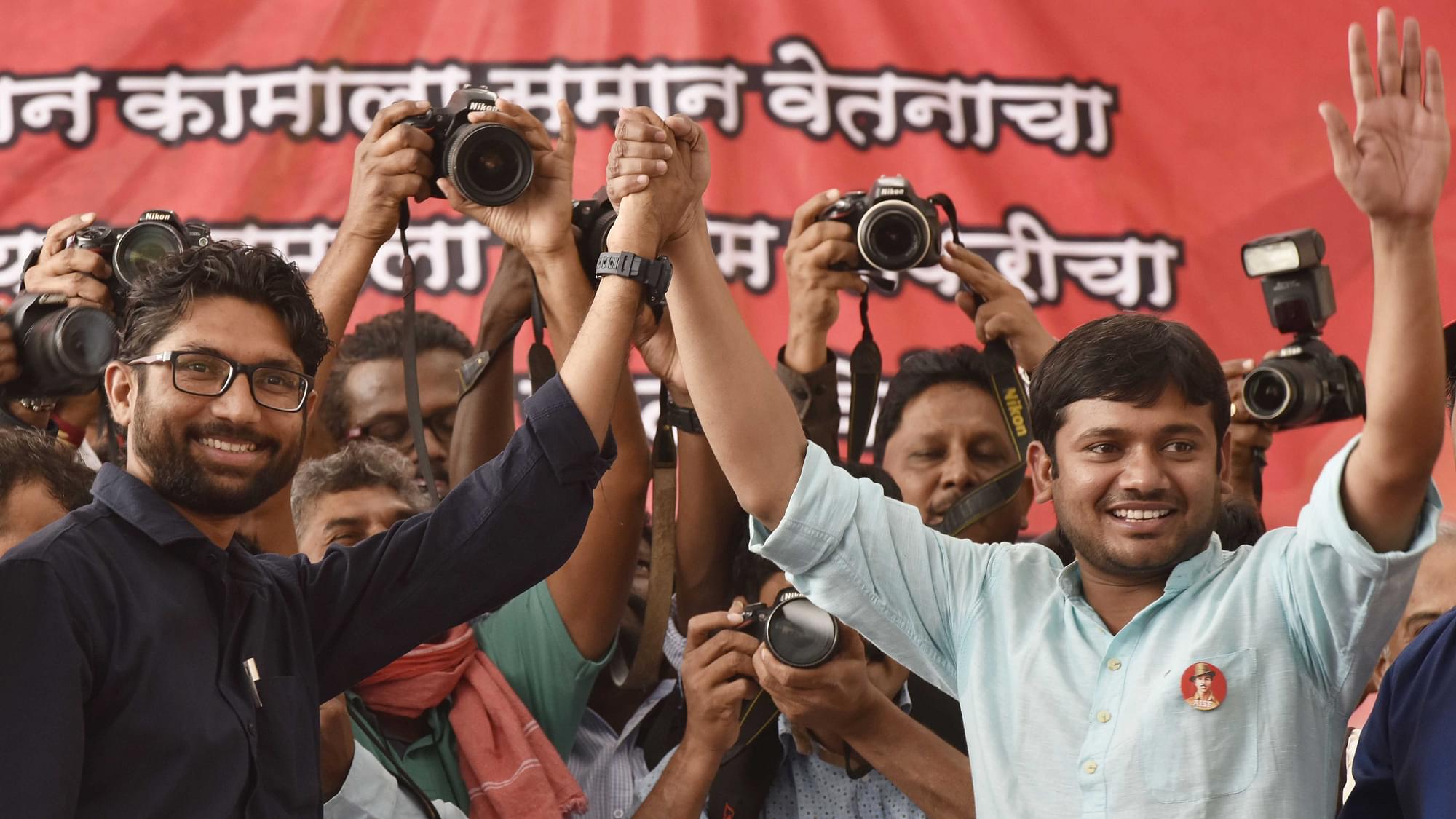 The face of the Dalit agitation in Gujarat and potential Congress ally Jignesh Mevani, who has received funding from the political arm of the Islamist organisation Popular Front of India (PFI) for his election campaign according to Times Now, has said that he would sue the Bharatiya Janata Party for raising the issue and has denied receiving terror-linked funds from the Kerala-based outfit.

“Anyone can contribute to our party. The force, which encourages black money and corruption and allows (only) a few corporates to grow, are questioning our funding,” Mevani said. “Let the Assembly elections get over, then I will file a case of defamation against the BJP. They say we have received money from terrorist organisations. But let me tell you that we have not received any fund from the BJP or RSS. These forces need to be put in dustbin,” Mevani said, according to the Indian Express, when asked about funding from PFI.

Mevani, who is contesting from the reserved constituency of Vadagam as an independent, has received support from the Congress, the Aam Aadmi Party (AAP) and controversial left-wing activists including Arundhati Roy. The Congress and the AAP are not fielding their candidates from the reserved seat to support Mevani. According to the daily’s report, there have been talks between him and the Congress for outside support if it comes close to grabbing power in Gujarat.

The Social Democratic Party of India (SDPI), whose leaders met and handed over a cheque to Mewani according to Times Now, is the political wing of the PFI. PFI is a known Islamist outfit operating primarily in the southern states of India.

In July 2010, 13 activists of the PFI had chopped off the hand of a professor in Kerala, accusing him of blasphemy against Islam. In March 2016, the National Investigation Agency (NIA) arrested a person called K V Abdul Jaleel in relation to what is called the Narath training camp case. Jaleel was accused of assembling 21 men in April 2013 and training them in making bombs. Amongst these 21, there were members of the PFI.

In August 2017, the Karnataka police arrested five people for the murder of Rashtriya Swayamsevak Sangh (RSS) worker, Sharat Madivala. All five were directly or indirectly related to the PFI. In August 2016, a man named Rudresh was murdered in broad daylight in Bengaluru. In November, the police arrested the Bengaluru head of the PFI himself in connection with the murder. In 2009, two PFI activists had assaulted an ASP with weapons.

It must also be noted that the PFI drew some of its cadre and leadership from the banned terror organisation, the Students Islamic Movement of India. Former Kerala chief minister, V S Achuthanandan, speaking in the Kerala assembly in 2010, had said that the PFI was aiming for ‘Islamisation of Kerala’.

Several activists of the PFI have been involved in alleged cases of ‘love jihad’ in Kerala, most notably the recent Akhila (alias Hadiya) case.