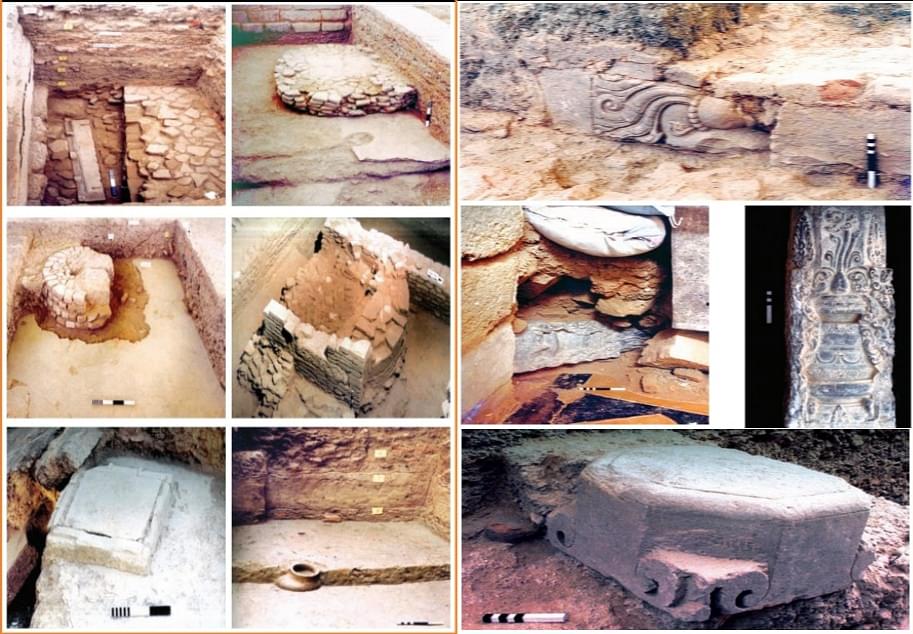 Findings by the ASI during the 2003 Ayodhya excavation. (via Twitter)

The Archaeological Survey of India's (ASI) report that was used as evidence by the Hindu side in the Supreme Court for Ayodhya case, will now be published in the form of a book for the general public, the Union cultural and tourism minister informed on Saturday (9 November).

"We welcome the Supreme Court judgement, the ASI report which was used as evidence in the court will soon come out as a book for the general public, Union Cultural and Tourism Minister, Prahlad Singh Patel said on Saturday.

The statement comes after the Supreme Court directed the Centre to form a trust within three months to build a Ram temple at the disputed site.

The Sunni Waqf Board, which was a party to the seven-decade-old title suit, should be given an alternate five-acre land within three months at some other place in Ayodhya for the construction of a mosque, the five-member SC bench headed by Chief Justice Ranjan Gogoi had said in a unanimous 1045-page judgement.

"On the balance of probabilities, there is clear evidence to indicate that the worship by the Hindus in the outer courtyard continued unimpeded in spite of the setting up of a grill-brick wall in 1857. Their possession of the outer courtyard stands established together with the incidents attaching to their control over it," the verdict said.

The apex court in its order had said that there was a structure beneath the mosque and the underlying structure was not an Islamic structure, but the ASI has not established whether a temple was demolished to build a mosque.