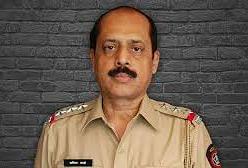 One of the senior officials from the Broadcast Audience Research Council (BARC) told the Enforcement Directorate (ED) that the agency paid Rs 25 lakh to tainted Mumbai police inspector Sachin Waze after it was named in the television rating point (TRP) rigging case last year.

The letter alleges that Waze was paid this amount in order to stop him from harassing BARC officers. BARC India’s head of vigilance Lt Col Dharamveer Mahecha revealed that the agency as under extreme stress due to the numerous demands and threats that were made to them.

“Fearing for our own safety and well being as well as fear of falsely getting implicated and arrested we were virtually compelled to arrange for the aforesaid money,” Mahecha was quoted by the Indian Express.

Waze is accused of instructing another individual to collect Rs 25 lakh from representatives of the BARC at Airoli station on 1 November. Mahecha had also allegedly confronted Waze over the harassment that BARC officials suffered from the Crime Intelligence Unit (CIU).

The police officer then revealed that the BARC wasn’t taking care of them, cryptically indicating that monetary consideration was the only way to escape continuous harassment.