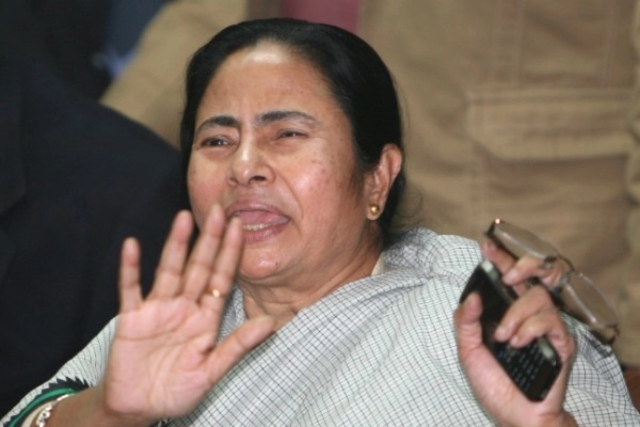 In a big blow for West Bengal Chief Minister Mamata Banerjee, three Trinamool MLAs and 52 councillors joined the BJP at the party headquarters in New Delhi in presence of senior leaders like Mukul Roy and Kailash Vijayvargiya, reports Times Now. A CPM MLA too has joined the BJP.

This development comes after the party’s strong performance in the state during Lok Sabha 2019 polls. The BJP won 18 seats while the Trinamool’s tally came down to 22 seats. In the assembly by-polls, the BJP outperformed Trinamool by winning four seats versus three with the help of a higher vote share.

Mamata Banerjee was already facing unrest Mukul Roy’s son Subhranshu Roy who was dubbed as “traitor’s son” by the West Bengal Chief Minister. Subhranshu is one of the MLAs who has withdrawn his membership.

The Councillors and MLAs belong to Kanchrapara municipality and in a letter to civic authorities have announced their intention to resign from Trinamool’s primary membership.

During the Lok Sabha election campaign Prime Minister Modi had claimed that he was in contact with 40 Trinamool MLAs while insinuating that they are willing to switch over to the BJP.