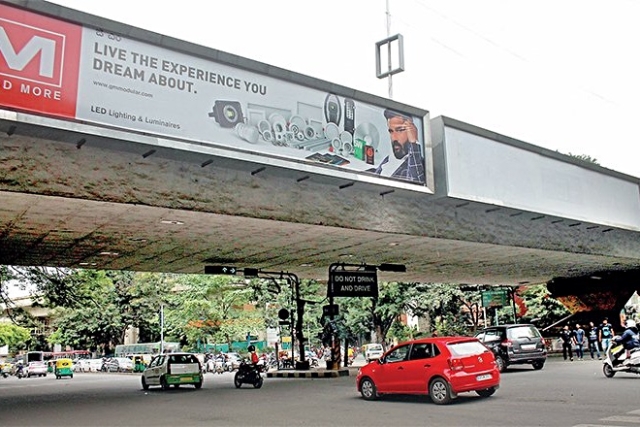 Despite repeated warnings to dismantle illegal hoardings by Bruhat Bengaluru Mahanagara Palike (BBMP), there are property owners who have not heeded to the warnings and will be taken to task soon.

The civic body has filed 767 first information reports (FIRs) against these owners in different police stations located across Bengaluru and has demonstrated that they are serious about going after owners who have ignored their notices asking them to dismantle the hoardings.

This decision was relayed to a division bench of Chief Justice Dinesh Maheshwari and Justice R Devdas in the High Court on Monday (1 October), two weeks time has been sought by BBMP Counsel V Sreenidhi to complete the dismantling of unauthorised structures.

The court adjourned the hearing to October 26 and asked the Civic body to survey and see if the material used to make the hoardings were biodegradable or not while PPP project holders have been asked to file an affidavit on the materials they are using for display. Out of the 1,846 structures in eight zones, 819 were removed voluntarily, and the civic body dismantled 103. After the FIRs were registered, 97 structures were removed. Till now, 1,109 structures have been dismantled, and 634 are yet to be removed, Sreenidhi said, as reported by TNIE.