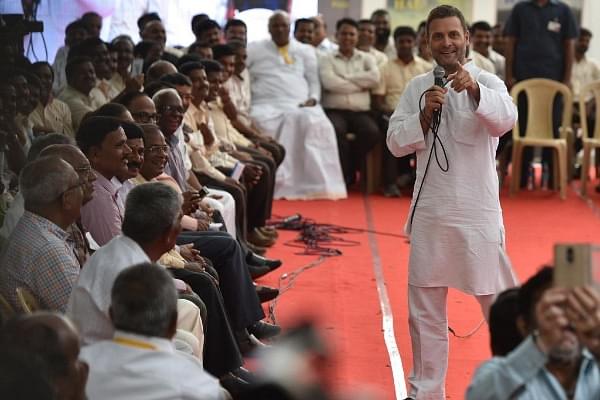 Hindustan Aeronautics Limited (HAL) has put out a statement ‘regretting the politicisation’ of its employees in the aftermath of Rahul Gandhi wanting an on-campus meet to ‘discuss’ the Rafale deal. It said that it was a sad development and will be ‘detrimental to national security and the organisation’, Economic Times reported.

After being denied permission to meet the employees on-campus, a meet-Rahul was organised at Minsk Square, where the Congress President addressed several retired and serving HAL staff.

PTI quoted an official from HAL who said that the organisation was receiving full support from the current government as they had placed orders worth Rs 27,340 crore in the last four years. Additionally, to upgrade infrastructure, funding of Rs 7,800 crore has been sanctioned.

The statement read, “Today’s attempt at politicisation of the employees is a fad and regrettable development and will be detrimental to the interests of the organisation, its employees as well as national security.”

Rahul Gandhi has been pointing fingers at the current NDA government for giving the contract to Reliance Defence owned by Anil Ambani instead of giving it to HAL. He has been stating that the people of Karnataka have been losing the opportunity of job creation. Both the BJP and Reliance have been speaking against the accusations, by branding them as ‘false’ and ‘misleading’.