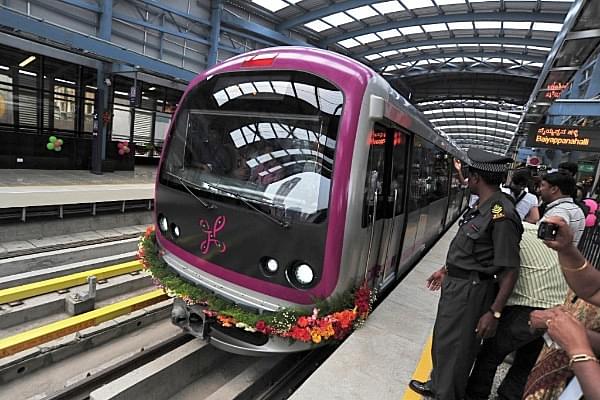 Bengaluru Metro Rail Corporation (BMRCL) tasted success with their first six-coach train in June. The train is getting a hugely positive response from the people. Keeping this in mind, BMRCL is leaving no stone unturned to ensure that operations of the second six-coach train start within this month. The second train will likely hit the tracks by the end of September or in the first week of October, reported The New Indian Express.

BEML, which manufactured the trains, has delivered a three-coach set to be integrated with an existing train, in the first week of September.

The number of metro riders are seeing an uptick in the city with new records of ridership numbers being created and broken over the past month. A new record was created on 11 September when 4.36 lakh commuters travelled by Namma Metro.

BMRCL, in anticipation of the rising ridership, decided to upgrade all its trains to the six- coach configuration to accommodate more passengers, and consequentially, the first six-coach train was launched in June. Other trains, too, are going through the process of upgrade.

Commuters, too, welcomed the introduction of the six-coach trains as they were complaining about existing jam packed coaches.

“Our target is to complete the integration by September. However, an exact date cannot be discussed at the moment since integration is still on. We will have some internal checks to complete before the train hits the tracks for commercial operations,” Ajay Seth, Managing Director of BMRCL, told TNIE.

“We are very close to completing the procedures,” Seth told TNIE. He confirmed to the paper that coaches had been delivered and are being integrated.

All 50 existing trains will be converted into six-coach ones by BEML, which is confident of finishing the task by June next year.