Breaking The Stereotypes: 60 Per Cent Of Adopted Children In India Are Girls 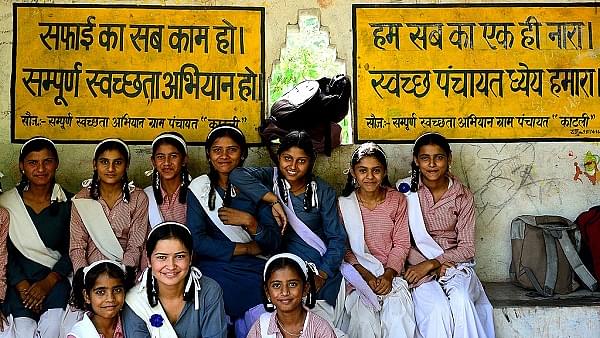 According to data released by the Ministry of Women and Child Development, 60 per cent of children adopted in India between 2015 and 2018 were girls, reports The Hindu.

During the three year period, out of 11,649 children that were put up for adoption within India, 6,962 were girls and the rest 4,687 were boys. Also, females accounted for 69 per cent of inter-country adoptions, with 1,594 Indian girls finding foster homes abroad out of the total 2,310 children.

“There was little doubt that more girls were being adopted and it reflected that gender bias and the attitude of people against the girl child are changing across the country,” said Prajakta Kulkarni, a member of the Central Adoption Resource Authority (CARA) to The Hindu.

However, experts have called for more research to ascertain the factors leading to higher adoption rates for girls.

It should be noted that according to a United Nations Children’s Fund (UNICEF), India has 29.6 million orphaned and abandoned children and only a fraction of them obtain family care as adoption rates in India are low in the country.

Central Adoption Resource Authority (CARA) is a statutory body that deals with the adoption of orphan, abandoned and surrendered children through its associated/recognised adoption agencies.

It works under the Women and Child Development Ministry and monitors and regulates in-country and inter-country adoptions in India.

Also Read: How A Coimbatore Entrepreneur Is Pushing For Gender Sensitisation In Government Schools