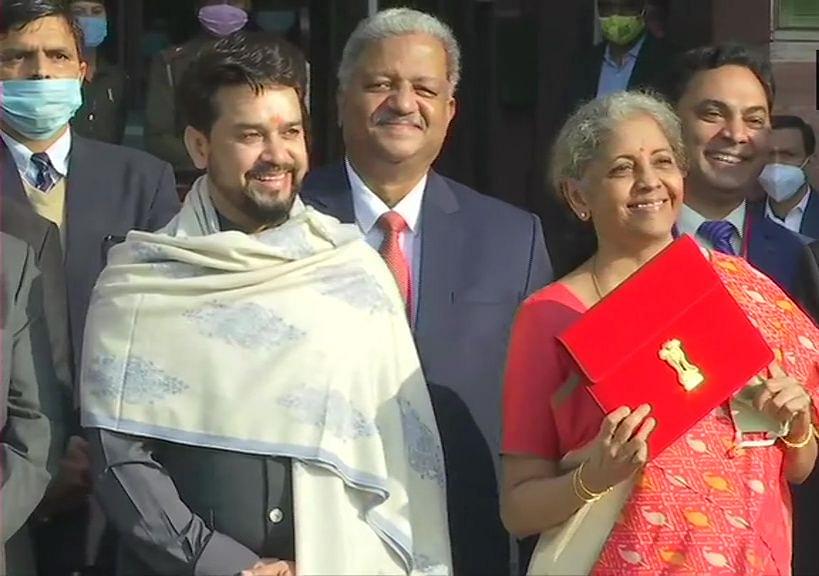 With the Union Budget 2021-22 going paperless for the first time, the traditional ‘bahi khata’ wrapped in a red cloth has been replaced by a tablet, reports ANI.

The tablet carried by Finance Minister Nirmala Sitharaman was kept in a red case with a golden coloured national emblem embossed on it.

The Finance Minister was herself dressed in a red and cream coloured saree, and accompanied by Minister of State Anurag Thakur and other senior officials from the ministry.

Previously, the Finance Minister had launched a ‘Union Budget Mobile App’ for hassle free access of the budget documents by the MPs as well as common public.

The app reportedly facilitates complete access to 14 Union Budget documents, including Annual Financial Statement, Demand for Grants, as well as the Finance Bill.