China Is Opposed To Japan’s Investments In North East India 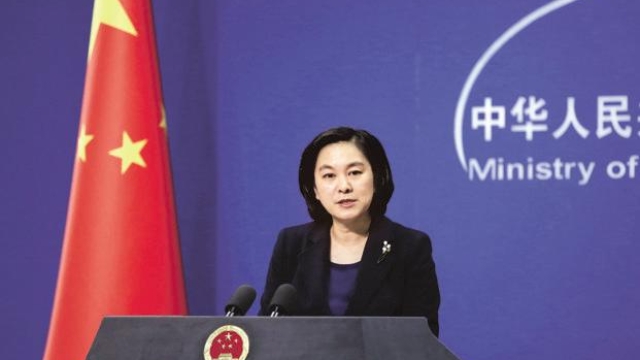 Chinese Foreign Ministry spokesperson Hua Chunying said there was no mention of China anywhere in the India-Japan joint statement. (Reuters)

China on Friday said it is opposed to any foreign investments including that from Japan in India’s North East region and is against any third party’s involvement in resolving its border disputes with India.

Reacting to Japan’s plans to step up investments in the northeastern states during Japanese Prime Minister Shinzo Abe’s visit to India, Chinese Foreign Ministry spokesperson Hua Chunying told the media that China is opposed to any foreign investment in the “disputed areas”.

“You also mentioned Act East policy. You must be clear that the boundary of India and China border area has not been totally delimited. We have disputes on the eastern section of the boundary,” she said.

“We are now trying to seek a solution through negotiations that is acceptable to both sides. Under such circumstances, various parties should respect such aspects, and any third party should not be involved in our efforts to resolve the disputes,” she said.

Hua said there was no mention of China anywhere in the India-Japan joint statement nor she has seen any “innuendoes” referred to Beijing as stated by the media.

“To be frank, we are also closely following the Japanese Prime Minister’s visit to India. I read the joint statement carefully, but I have not found the statement mentioned the term China at all,” she said.

About the references to Indo-Pacific, which included the South China Sea in the joint statement and calls for the countries to resolve the disputes peacefully, she said the statement mentioned disputes to be resolved through dialogue.

“We know that to resolve the disputes the directly concerned parties have to uphold the rights to freedom of navigation, over flights entitled to countries under international law. This is China’s position,” she said.

In an indirect reference to Japan, she said, “We also hope various parties can uphold the rights to freedom of navigation of over flights by countries in various waters.”

China and Japan have a dispute over the uninhabited islands called Senkakus by Japan and Diaoyu islands in China in the East China Sea where naval ships of both the countries aggressively patrol the waters around the islands.

About the connectivity projects, and implicit criticism of China’s Belt and Road Initiative (BRI), Hua said, “I haven’t seen any innuendoes. I have not seen that”.

Hua hoped that close ties between India and Japan are conducive to the regional peace and stability.

“I should also add that the India and Japan are important countries in Asia. We hope the normal development of the relationship can be conducive to regional, peace and development and play a constructive role in this process,” she said.