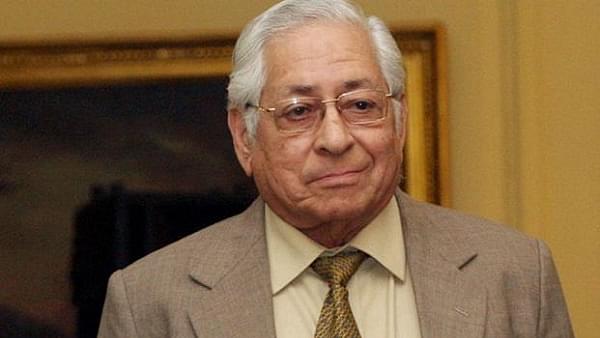 Noted jurist and former Attorney General Of India, Soli Sorabjee termed poll promises made in the Congress manifesto to repeal existing criminal laws on sedition and defamation as "nonsense" and "impractical,” reports Times Of India (TOI).

In its manifesto for the 2019 general elections released yesterday (2 April), Congress stated that it would make ‘defamation' a civil offence, omit Section 124A of the Indian Penal Code (that defines the offence of 'sedition') that has been misused and, in any event, has become redundant because of subsequent laws.’

In response to a question on his view about Congress’ promise to repeal these laws, Sorabjee said that it was "nonsense" and such claim was "impractical".

It should be noted Congress president Rahul Gandhi is facing trial in a criminal defamation case presently being heard in Bhiwandi (Maharashtra). He had alleged that Rashtriya Swayamsevak Sangh (RSS) was responsible for the assassination of Mahatma Gandhi.

Sorabjee is a Padma Vibhushan awardee and known for his defence of the freedom of expression and the protection of human rights. He has also held several offices in organisations of national and international repute.

Finance Minister also criticised the Congress manifesto, stating that some of the ideas were "positively dangerous." When out of ignorance he makes unimplementable and dangerous promises, I am sure the country will not oblige him," he added.

Also Read: If The Congress Manifesto Does Seek To Repeal Sedition Law, It Would Be Bad Optics