Conquering The Skies: Starting May, ISRO To Launch Host Of Defence, Intelligence Gathering Satellites Till Early 2020 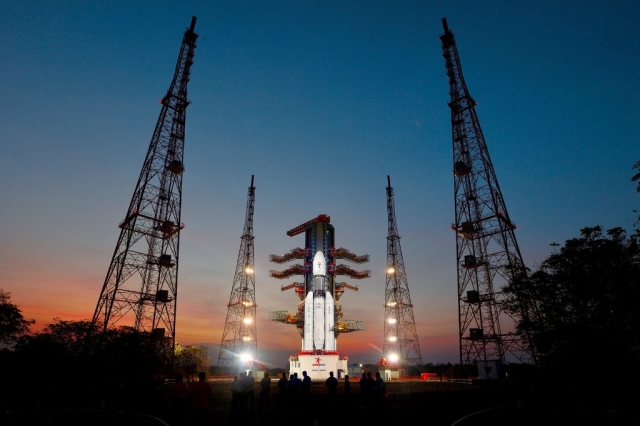 Starting May 2019, India is set to launch a defence satellite almost every month till early 2020, carrying on the momentum from the launch of HysIS satellite in November 2018, Microsat-R in January 2019, and EMISAT spy satellite on this bygone 1 April.

Indian Space Research Organisation (ISRO) is set for a busy year ahead, with a strategic role assigned and the launch plans of numerous strategic earth observation (EO) satellites having been advanced on the need and demand from civilian or the other side.

Dr. Sivan said, “We brought a few of them forward based on the demand, either from the civilian or other side. After all, if their national requirement is now, what is the point in putting them up later?,” reports The Hindu.

Radar imaging satellite, RISAT-2B was earlier scheduled to be launched after RISAT-2A, sometime next year, but will now be sent up into the space in the upcoming month of May 2019.

Radar imaging satellites like India’s RISAT series can provide almost an uninterrupted view of earth, day or night, rain or shine, a handy feature for the forces to detect border infiltration.

Also in pipeline and slated for launch in June 2019 is Cartosat-3 which will have a resolution as high as 30 cm, allowing the military to see and capture images of guns, devices, objects and human movement at that scale from space, making it comparable to the best such satellite already in space.

There are already half-a-dozen Cartosat-2 series satellites in orbit, though these possess a lower resolution capability than the upcoming Cartosat-3. This would be a major shot in the arm for the defence forces.

Then there would be multiple launches of strategically vital radar imaging satellites under RISAT series in the month on July, October and November 2019, and also GISAT satellites in September, November 2019 and February 2020.